Yesterday we DID hike.  We headed to Calvert Cliffs and brought lunches to be had by all.

It was not our most successful hike ever.

We made it the 3.6 miles from the parking lot to the beach (really more like 4 miles when you count the walk from the car), but it was tough going.

Maeryn is still not completely recovered, though she was in better spirits than she had been.  The only problem was that if something didn't go exactly her way, she threw an Insane Baby Tantrum.

The trail was extremely muddy: there were several places where we had to jaunt through the woods off the trail to get around the pits and ponds of pure mud on the walking path.

It was one of the first really nice weekends we've had in 2010, so the park was crowded.  We saw a lot more people than I enjoy seeing on a hike.

Once we got to the cliffs (a really nice half way point where we'd planned to eat lunch), the kids refused to eat because they wanted to play on the beach, and then Maeryn threw a tantrum because we wouldn't allow her to dunk her entire body in the Bay, so we didn't get a chance to hunt for shells or fossils and Jonah ended up a pretty disappointed little boy (sans turkey sandwich, so he also ended up a hungry boy about five minutes into the return trip).

We did have a good time at the playground after the hike, in spite of the fact that the weather turned unexpectedly hot (forecast read 70 degrees and it ended up 80), and the kids played nicely while we were there and even had a positive attitude about heading home after.

My recommendations for this park would be:

1.  Don't count on a dry trail:  wear your old shoes or your hiking boots, do NOT bring your stroller unless you're CERTAIN the trail will be dry (I saw several families struggling with theirs), expect your clothing to be a muddy mess at the end.

2.  If you have small children, eat lunch along the trail before you arrive at the beach so they'll be free of the temptation that is shells and fossils and sand and calm waters and will actually consume their meal.

3.  Be sure the kids have pants with pockets for collecting their treasures from the cliffs.  Make a rule that says they can only take home things that will fit in their pockets.

4.  Bring your camera.  We forgot ours and have every time we've gone to the Cliffs, and I regret it every time.

5.  Be prepared to see frogs, snakes, turtles, ducks, geese, fish and all SORTS of other wildlife.  This was by FAR the highlight of the hike for us.  We saw tons of cool animals up close and personal.  The hike was a super educational one.

6.  Be sure everyone has an individual water source.  I carried the CamelBack and it was super annoying to have to stop every time an individual was thirsty.  It also meant that everyone in the family immediately decided they were also thirsty and so our stop lasted five minutes instead of everyone drinking as they walked.

7.  Play on the playground at the end.  It's made almost completely of recycled tires.  It's a fantastic playground with really innovative obstacles, and the kids adored every moment.

8. Note that there are two restrooms.  The one you see when you enter the park, and a Porta-John about .25 miles before the beach.  There are not places to escape the public eye to go in the wilderness.  The park is way too crowded for that, and there are too many off-shooting trails.  Not to mention that for a good portion of the hike, one side of the trail is all marshland.

10.  Note that there is a $5 fee for park maintenance required to enter the park.  It's worth the price.  It is an epi-center of attempted conservation and education. 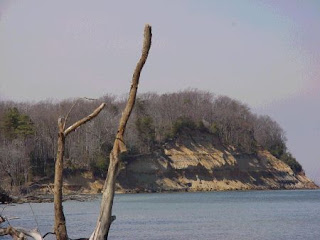