This past weekend our little adventure crew went on our Second Annual EOSYCT.  It was an adventure to say the LEAST.

Friday was Jonah's last day of school, so as soon as he was finished we scrambled home and packed the car (Michael and I had already spent the entire morning scrambling to gather all the necessities at the front door).  We had a few false starts, but finally got on the road a little after 1300 and headed toward Gifford Pinchot State Park near Harrisburg, Pennsylvania.

The drive to camp was relatively uneventful, save some traffic and a few rest and food stops along the way.  We were happily able to acquire (at Jonah's request) the exact camp-site we had last year and we set up shop quickly - we were all starving.  Once the tent was pitched and we'd organized in a very general way at the site, we headed out to find some grub.

We managed to find some great local fare that tasted great (after we sent the eggplant parm back the first time when it included meat sauce - Michael and I both thought that was totally weird) and was affordable, and then we went grocery shopping.

The kids were insane, but we managed to make it through the store unscathed and head back to camp to see if we could wrangle Maeryn to bed (sleeping bag) and get a fire going to make some s'mores (aka marshmallow sandwiches for my little dairy allergy man).

The wood was VERY uncooperative, not to mention the two year old.  All the kindling was wet, and in spite of our best efforts, it took us upwards of an hour to get any sort of flame to stick around.


Meanwhile, Maeryn meandered around the tent screaming repeatedly for either Mommy or Daddy to come and save her from her terrible fate.

She eventually asked to get into her carseat.  We'd try anything at this point, so we buckled her in.

She played contentedly for a few minutes and then began screaming again (it was long after quiet hours at the campground):  "OUT!  OUT!  OUT!  I want out NOW!  Out NOW!  Mommy!  Mommy!  Mommy!  AHHHHHHHHHHHHHHHHHHHHHHH!!!!"  This phrase was repeated often for the next twenty or so minutes, when I suggested to a very frustrated Michael that maybe it would work out best if I stayed at the campsite and put Jonah to bed while he drove Maeryn around the area a bit to see if she would fall asleep in the car.

He obliged and Jonah and I snuggled into the tent.

He fell asleep eventually, but I was awake and hawk-eyed.  I realized that I was not really a fan of being in the tent without another adult in the middle of the night (by now it was nearing midnight, the campground was quiet, the night was inky).  I went out to the fire, which was smoldering a bit, and read by flashlight, but I realized that just made me more nervous because it stunted my night vision and every sound made me jump.  I went back into the tent and pretended not to hear the occasional scratching on the outside and tried hard to not think about the murders on the Appalachian Trail of persons who were equally snuggled into sleeping bags in their very own tents.

Michael made it back eventually with a sleeping toddler, and all was relatively well (except for me realizing that I cannot sleep on an air mattress due to my chronic back pain and getting literally two hours of sleep that night).

Morning dawned bright and early.  Michael, in his mercy, granted me those two hours of sleep after the kids were awake and running around like crazy with their breakfasts.

I eventually had the greatest shower of my life - immense water pressure, super hot water, wondrous in spite of the roach that crawled through the grout and the spider slinging to the mildewy walls. 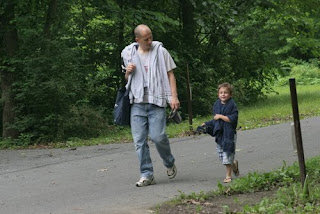 During Michael's shower with Jonah in tow, Maeryn managed to eat an entire carton of strawberries by herself (okay, I had two of them). 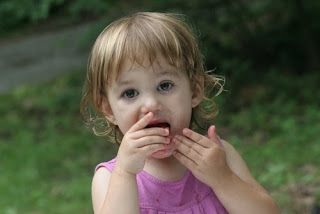 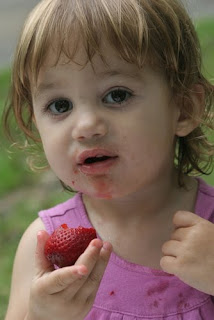 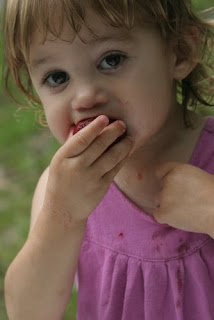 We then headed out onto one of the many trails on the park and hiked to the day-use area where the kids got to play on the playground and work hard to avoid goose poop at the water's edge. 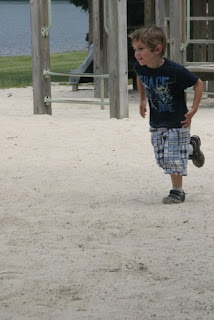 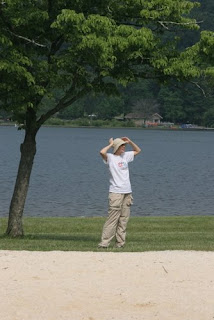 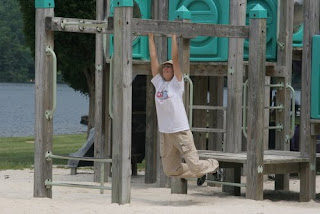 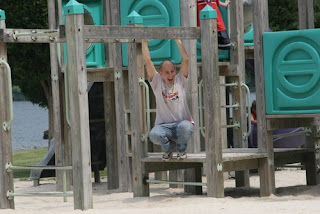 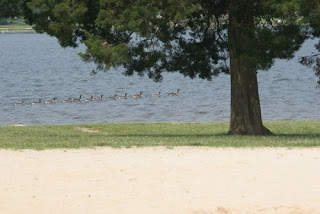 We hiked back to our site 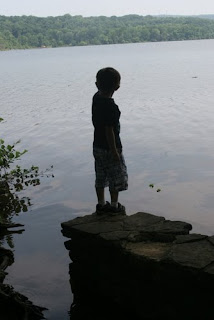 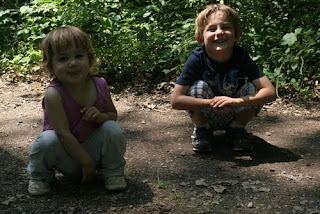 for lunch and naps (which were remotely successful) and then we climbed into the car to search for a place to check out RVs (we're obsessed).  Our search was totally unsuccessful.  Everywhere we tried only had trailers, no motor-homes, so we were out of luck.  We did, however, get an interesting tour of Harrisburg and several of it's amenities we had not experienced during our stint as college students just outside the city near the turn of the century.

Around 5 PM we made it back to the day-use area just in time to take a canoe trip across the lake.  This was my favorite part of the trip. The kids had an amazing time, dipping their fingers into the water and just taking in the sights.  nfortunately, I have no pictures of this great time; we ended up docking a little early due to some thunder on the horizon.

By the time we made it back to our site, our tent was flooded and everything was soaking, including Michael and me, as we struggled to salvage as many of our belongings as possible through a truly torrential downpour.

Luckily, we had kept our food and our clean clothes in the car, so when we stopped off at Brother's Restaurant (another local eatery), we were able to change into dry things.

We enjoyed more great food and then decided that due to the weather and the uninhabitable conditions of our tent and sleeping bags, we were destined for the EconoLodge.

We hung clothing and bags and sleeping bags and sheets all about the hotel room and settled in to Disney Channel movies with a 10 PM bedtime for everyone.

Peace was not to be had, unfortunately.

At 0330, Jonah began coughing incessantly.  This went on for an hour before he dragged himself out of bed and threw up in the bathroom and some on the rug.  Michael and I assumed it was an asthma attack, and we had been remiss in bringing his nebulizer, so Michael headed out to the hospital while I stayed behind with a peacefully sleeping Maeryn.

Around 6:30 they made it back home, unscathed, Jonah fine - he had had an allergic reaction to the must/mold/dust in the room and as soon as he was removed from the room he had recovered fully.

We packed up, scarfed continental breakfast, and went to church.  We headed for Daybreak C&MA Church, as we knew the building well (it was the E-Free church that Michael and I frequented in college) and Michael's brother and sister-in-law attended there before they moved to Denver.  They have an awesome Sunday School program and the kids had an amazing time.  Michael and I were a little distracted by the super-produced worship style, but were intrigued to find that they have a service happening at the same time as their mega-worship deal that is very similar to The Refinery, where we currently attend at home.

After church we dashed to Messiah College, our alma mater, to do a family photoshoot for some friends from days gone by.  I ran the kids while Michael took the photos.  Rain poured.  The kids and I got re-soaked, but we hung out on the swinging bridge and covered bridge and unintentionally did some creek wading - so I think, looking back, getting soaked was a good thing.

Michael and I hit the hay Sunday evening at 2030.