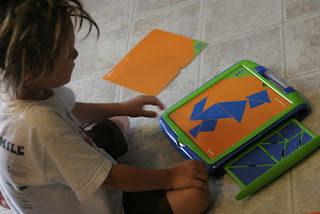 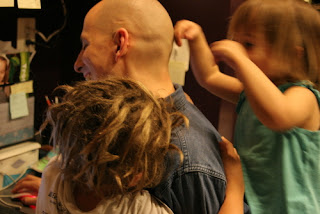 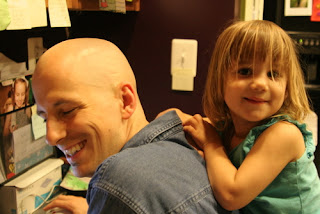 So far today has been...  peaceful.

I spent yesterday sick.  Just a horrible cold, but still sick - body aches, sore throat - the works.  Today I felt much better, but Michael offered to come home after lunch and really...how could I refuse that?  So home he came.

I spent the afternoon finishing my painting.  (Did I mention I might be getting an art studio?  A legit one, not just the one in my basement...)  It turned out pretty darn well, if I do say so myself.  I learned a lot doing it.  Took it to the board of directors at the Arts Center to see if I have the chops for my own studio in their building.  I took it, along with one of my photographs and a poem.  If it goes well, great - I'll have a place to hole up and be creative for the next year, and maybe get some of my work out there.  If it doesn't go so well and they don't like my stuff, then great, I'll have more time for my family and to work on the bus.

After I dropped off my pieces to the board, I came home and helped Michael with some merchandise for his website and store and snapped some photos in the yard, then painted a watercolor for his latest song (The Separation of Corporation and State - yes, it's a mouthful, but it's a great one - it'll be out on his next album): 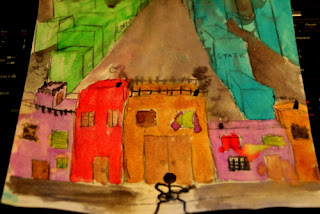 Making art makes me happy.  I have been away from it for FAR too long.

As a kid I made a "career bear".  It was in third grade.  We were supposed to make it of whatever we wanted to be when we grew up.  Mine was an artist.  I never thought I'd actually get to do that, but screw those crappy thoughts.  I'm doing it.

After all the artwork and shop set-up and hanging with the hubby, I built some puzzles with The Little and cuddled with The Beast on the couch to the tune of Godzilla: The Animated Series (yes, the one from circa 1976) before he hit the sack.

It's been a full day.

This morning I woke up still feeling pretty crappy, but after today, the truth is, I'm feeling SO much better.

Love to you all.  Hope your day has been a great one!
Posted by Missy at 7:54 PM