We planned our day in Boston for a time when Michael could be off of work and we could spend the entire day.

Of course we were a little late getting out of the bus in the morning, but we finally made it to the T and hopped our train for downtown.   I had a bucket list of things planned...  I don't think we did any of those things, but we did a lot of other cool stuff, and avoided spending an insane amount of money (who knew the Boston Tea Party boat was $35/person now???).

We packed sandwiches (quickly becoming a family staple when it comes to meals on the go) and found a spot as we exited the subway.  I took the picture below  mostly to get a shot of the cute little market behind The Boy.  His facial expression in response to the oncoming pigeons is just a bonus.

Behind the market is a sculpture garden honoring and remembering the victims of the Irish Potato Famine - many immigrants landed in Boston.


From the market and the giant Walgreens (where we ate our sandwiches) and the Potato Famine Memorial, we went to the Boston Arts Festival.  We planned to meet some of Michael's friends from high school there and catch up.  I had never met them, and Michael hadn't seen them for fifteen years.


As we waited for Ian and Beth and their kids to finish church and get ready for the Festival, we explored on our own.  There were several interactive exhibits.  Maeryn and I split off from the boys and did our own exploring.  We bought some super cool coasters from one of the artists and we played in the fountain: 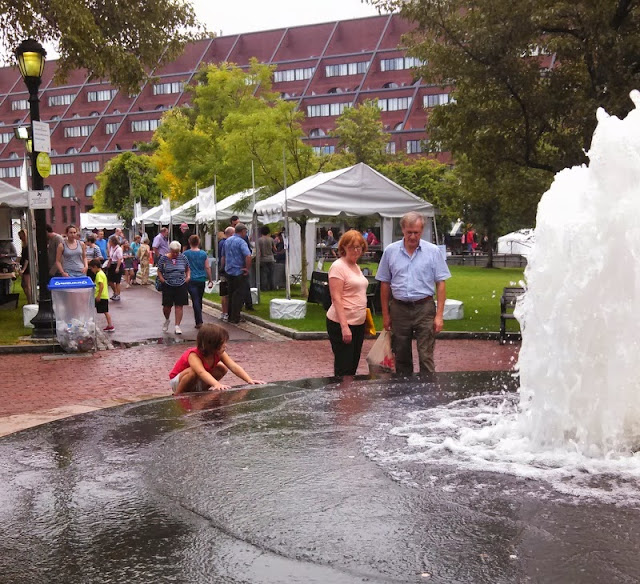 Once we met Ian and Beth and got acquainted, we moved to a local playground.  Ian and Beth are Boston locals: Ian teaches English in the public school system and photographs the local music scene professionally, so we had lots to discuss while the kids ran wild on the playground.

When we noticed the kids fading a bit, we followed Ian, Beth, and the kids to the carousel, which features a menagerie of exotic, local, and gorgeous animals. 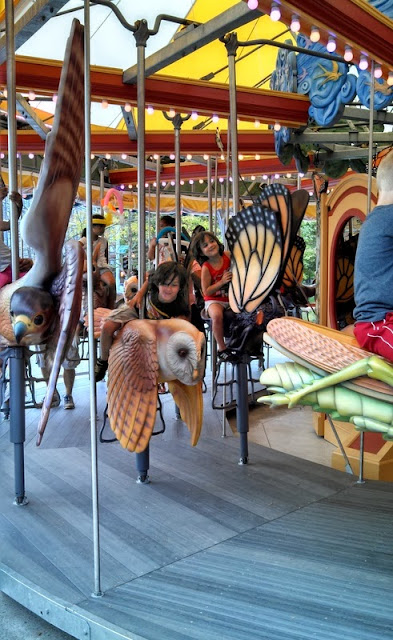 After the carousel, Ian and Beth headed off into the distance for a much-deserved date night, and our family looked for a place to snag some dinner.  I had hoped to re-visit a place Michael and I went on our honeymoon (The Black Rose), but we weren't sure it was affordable enough, so we looked for something else.   Beth suggested "The Barking Crab", saying it was just around the corner at the end of the dock.

After about a half an hour of wandering somewhat aimlessly in search of the restaurant, we finally found it.

The wait for a table was 45 minutes.

We decided it had better be the best seafood we had ever eaten in our lives. 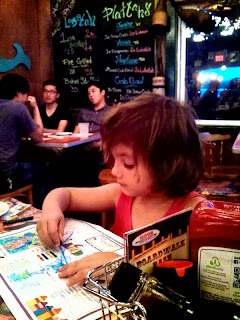 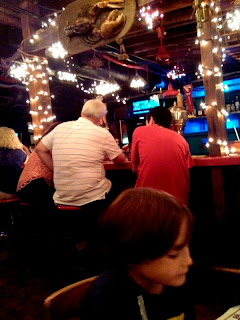 By the time we finished dinner it was dark, and time to head back to the T.  It was a distance away, and we took the dock route. 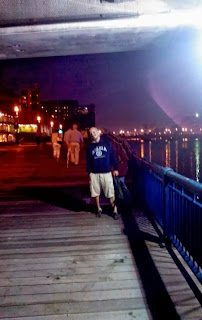 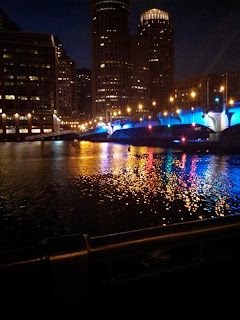 Love your pics! and love when you guys are silly!!! <3

Love that little market! and when you guys are silly! <3