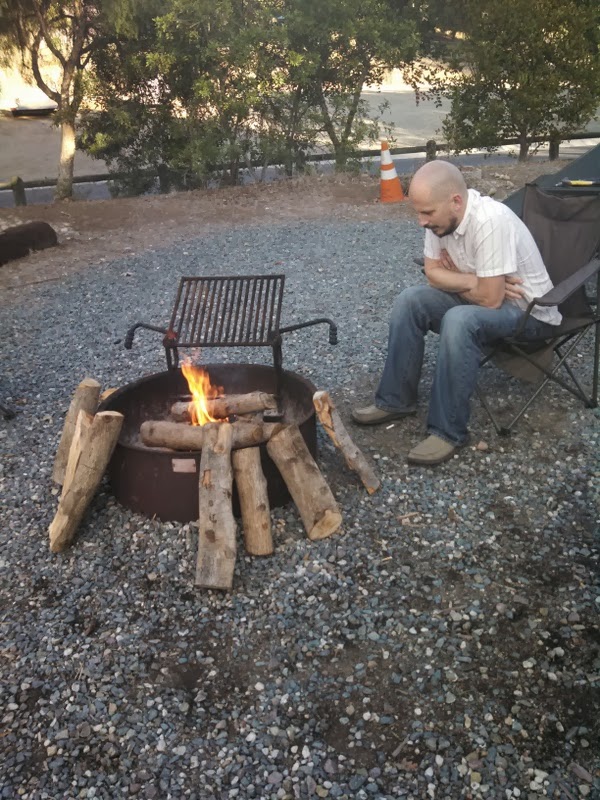 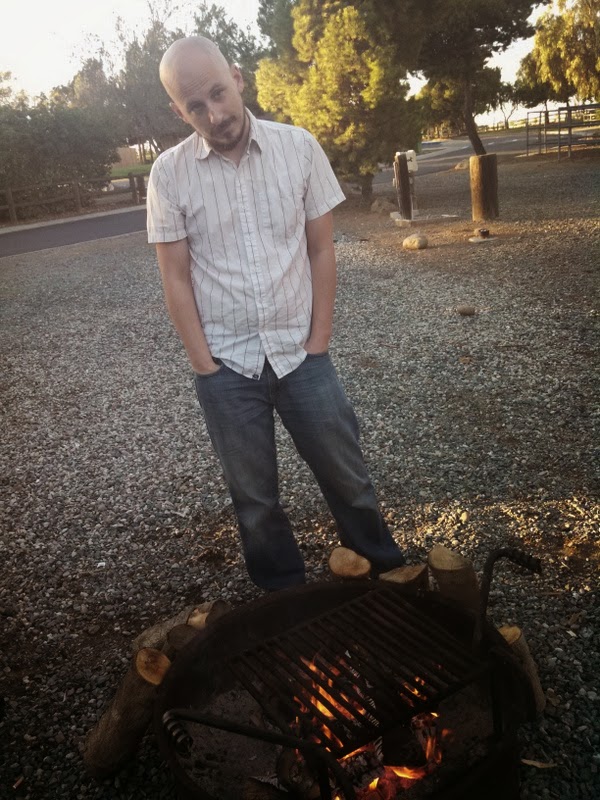 It had been awhile since we were allowed to burn anything at a campsite.  Since Texas, most places had burn bans in effect, and many places didn't even have a fire ring at the campsite, due to dry conditions.  Everyone was sort of itching to have a fire... especially me.

We cooked burgers and s'mores. 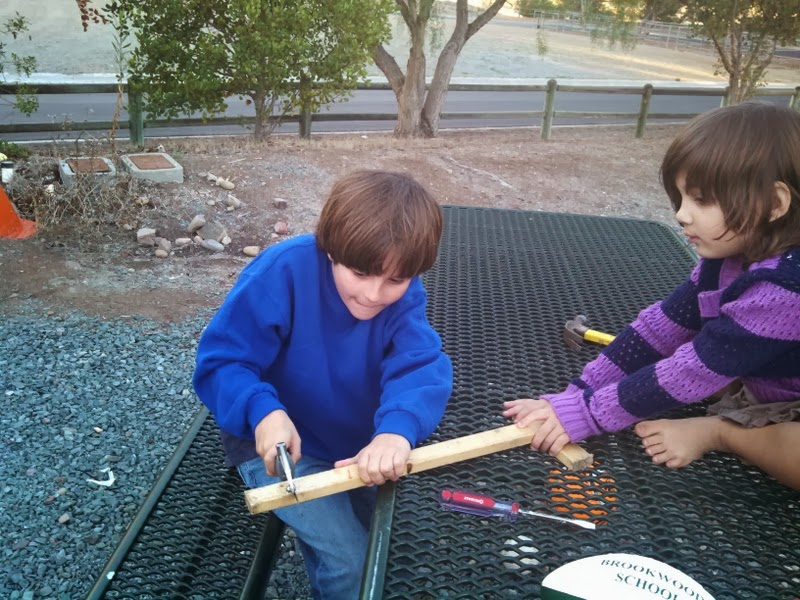 While we were all outside the kids worked on improving their wooden weapons.

Maeryn wanted her blade to be a bit shorter, so Jonah helped her with the sawing. 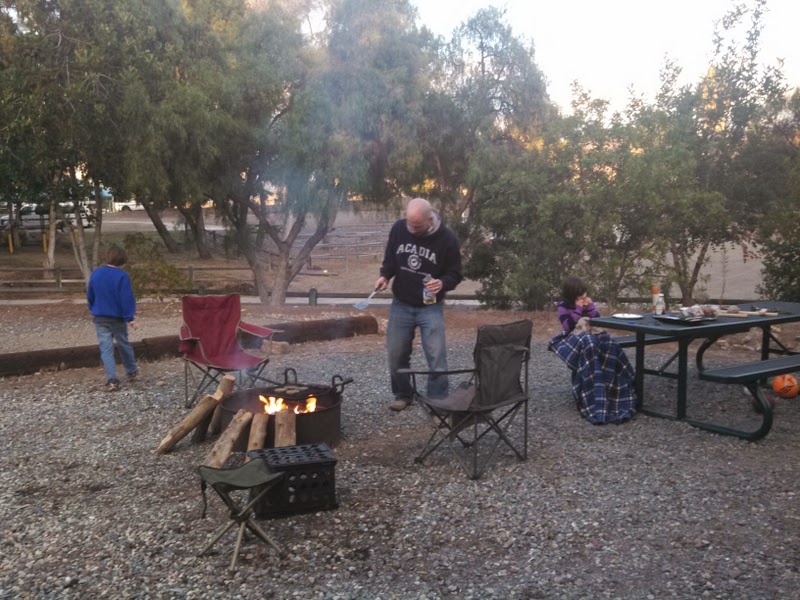 It got chilly as the night wore on.

The kids eventually went back inside to play Wii.

Michael and I stayed out to watch the few stars appearing on the San Diego horizon.  We talked.  We made more s'mores.  The world was quiet.  Life was full.
Posted by Missy at 6:00 AM