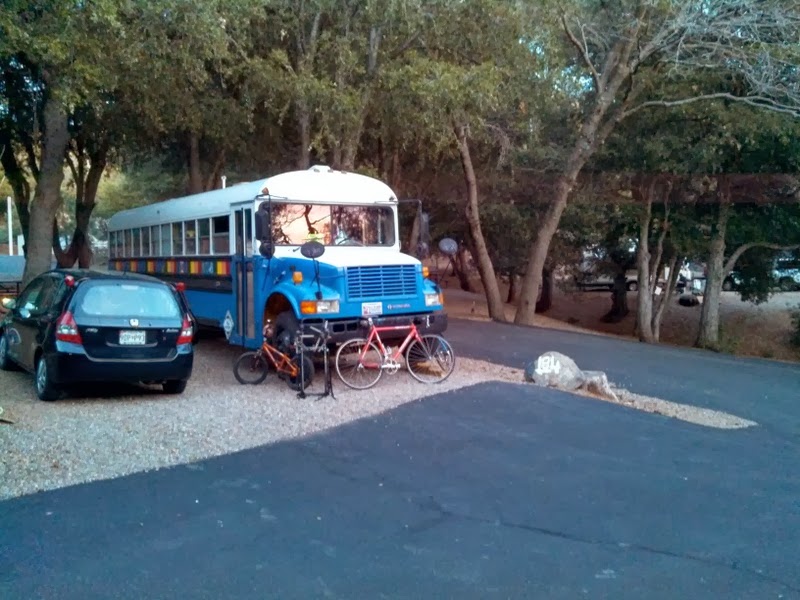 We drove over the mountains toward Julian in the night, had a day of rest at an "in between" campground (much needed for all of us), and then continued into the charming little town in the middle of Southern California (another recommendation by Summer).  It felt good to be back in a mountainous region.  The wind was chill, the scent of fresh pine filled the air, and we could see the peaks of mountains in the distance.

We took it slow in the morning but all of us were excited to explore downtown (we'd driven through it on the way to the campground). 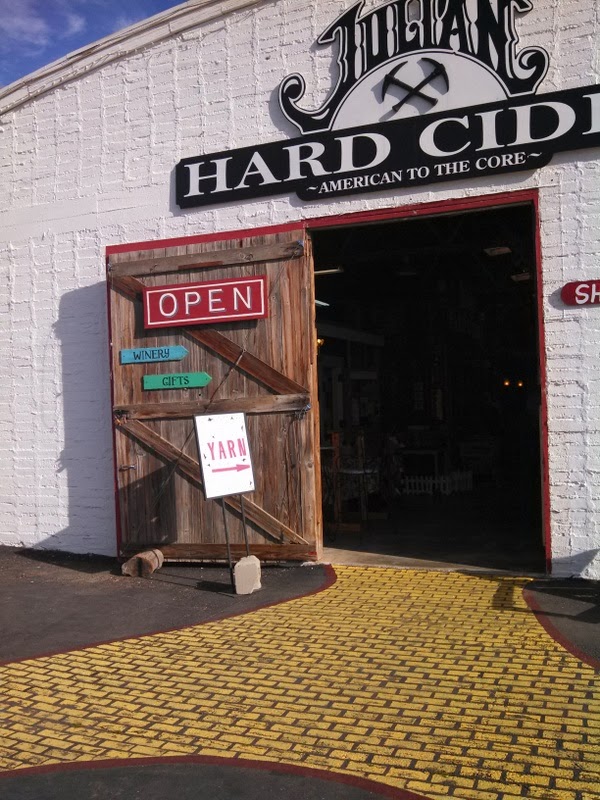 We started here.  This huge barn was home to a multitude of stores, a coffeehouse, winery, hard cider mill, video games, crafters, art galleries, and more.  It was sort of like the tardis.

I bought a bottle of original Julian Hard Cider.  Maeryn pretended to play the racing car game, Jonah explored.  Michael explored.  We all got bored, and then moved on to find a parking place down town. 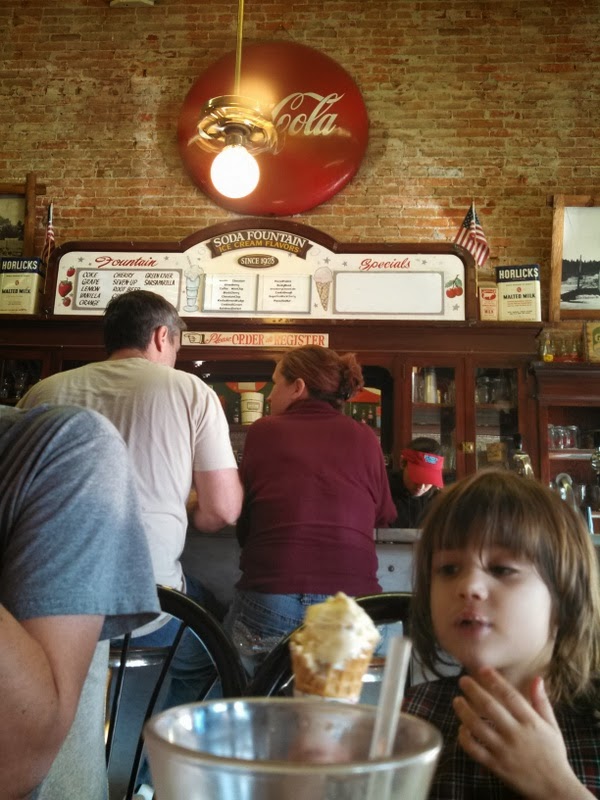 Maeryn was hungry and still nursing that cough.

We stopped at the soda fountain because both kids wanted a treat.

It was neat to go to a traditional soda fountain/diner combo.  The kids declared this soda much better than the kind you get from a bottle or can.

Jonah had a bit of an allergic reaction to his snack (chicken nuggets with a side of fries).  We debated about what he'd eaten.  He was sure they'd dipped the nuggets in eggs as batter.  We stopped at the general store and got some allergy meds, gave him a dose, and waited to see how he'd do.  In a few minutes, he said he felt better.  I was relieved it wasn't peanuts.

Maeryn wasn't coughing.  This was a good thing.  She was craving some famous Julian apple pie, so we looked for that next. 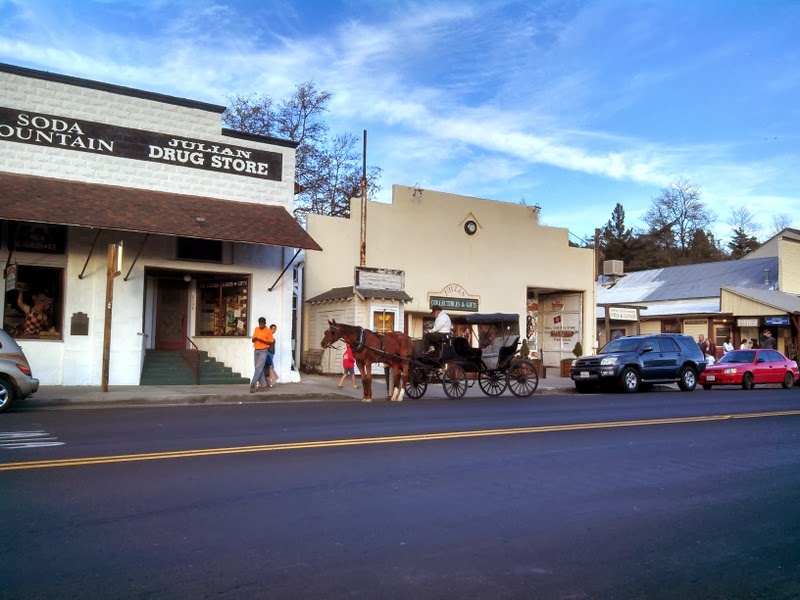 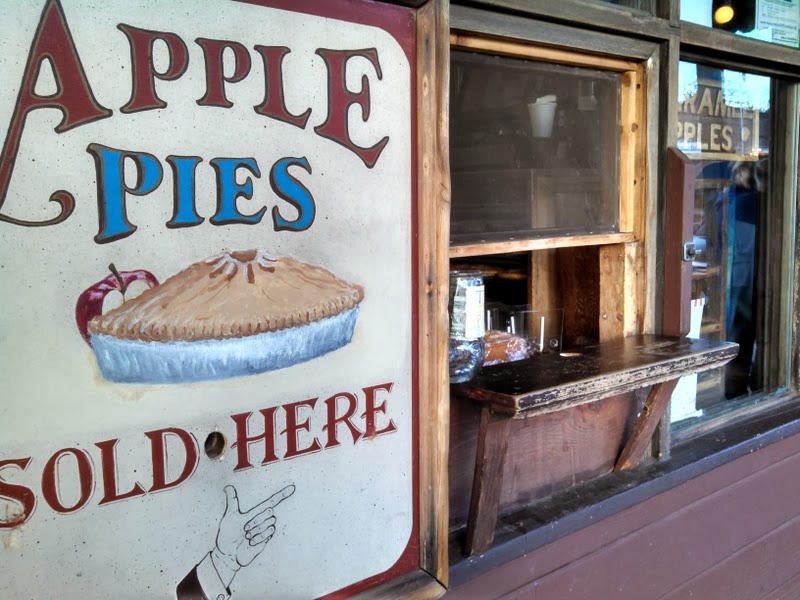 Maeryn tried to get a newspaper out of a distribution machine while Michael stood in line, and declared that it wasn't fair to charge so much for a newspaper (USA Today, $2.00) and that if she ever made a newspaper, she would make them free, but still put them in machines with buttons.  I thought that was a great idea, because everyone likes to press buttons.

We got the pie to go, because everyone seemed a little tired, and the kids were starting to get at each other a bit.

On the way back to the campground we saw a sunset over the mountains, and stopped to get some pictures. 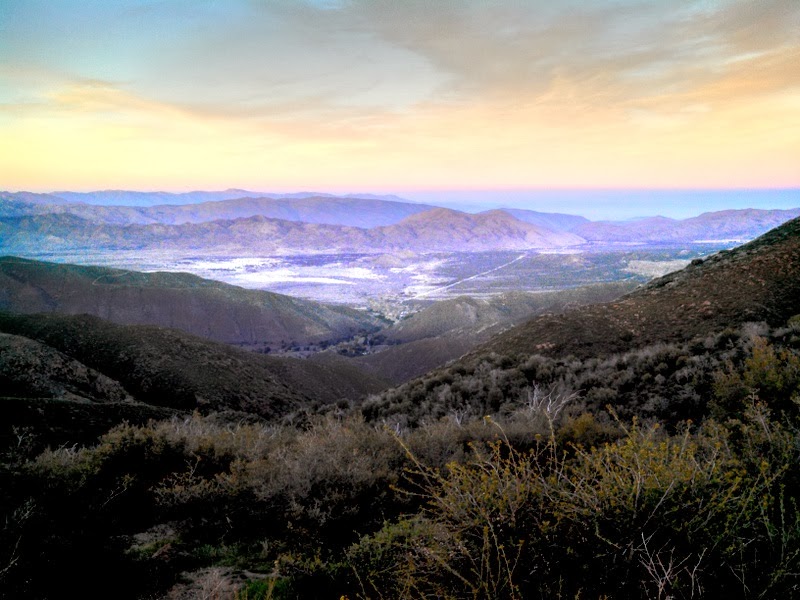 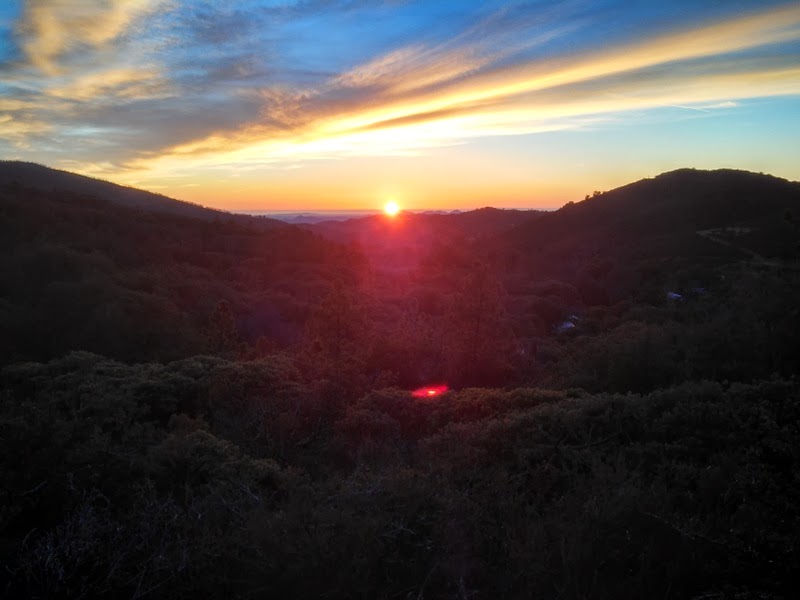 We had some coughing when we got home, and another throw-up with mucus.  She still wanted to try the pie before bedtime. 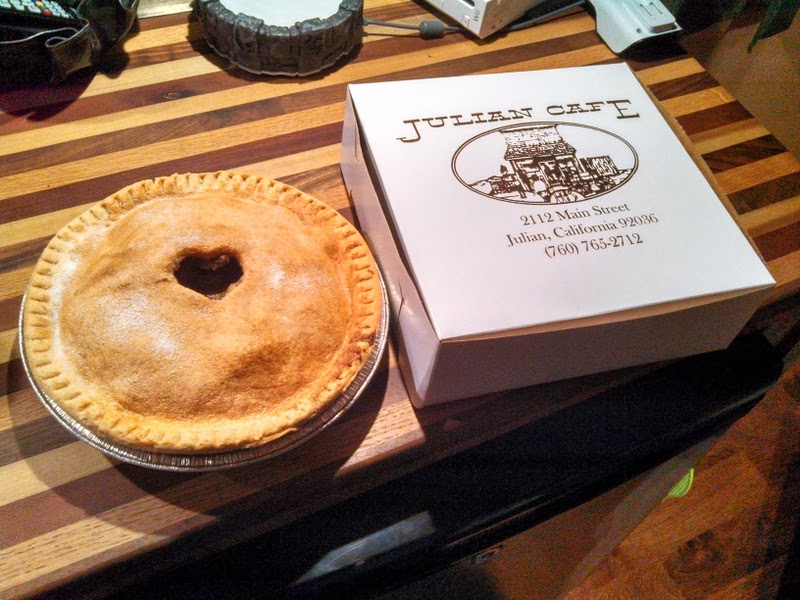 Jonah played Wii while we heated the pie in the oven.

Maeryn declared it "kind of yucky" before hitting the hay with Vick's slathered on her chest and the bottoms of her feet. 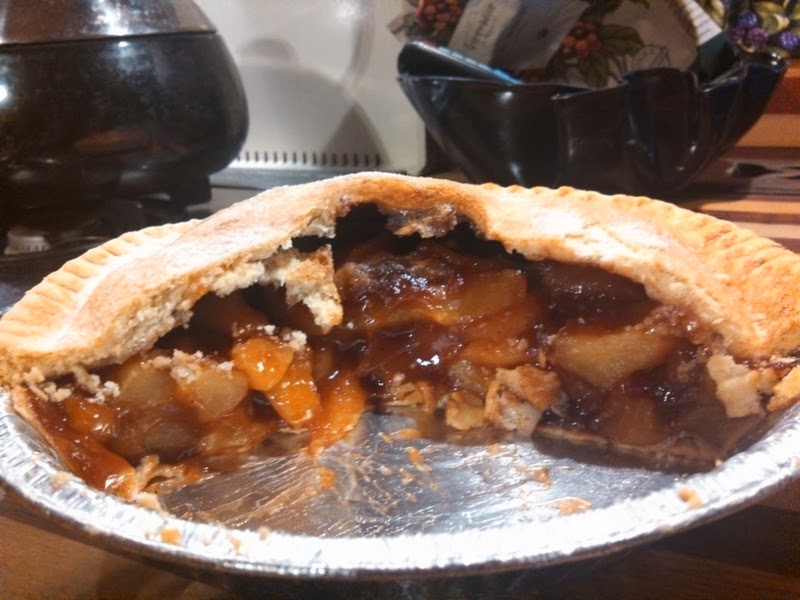