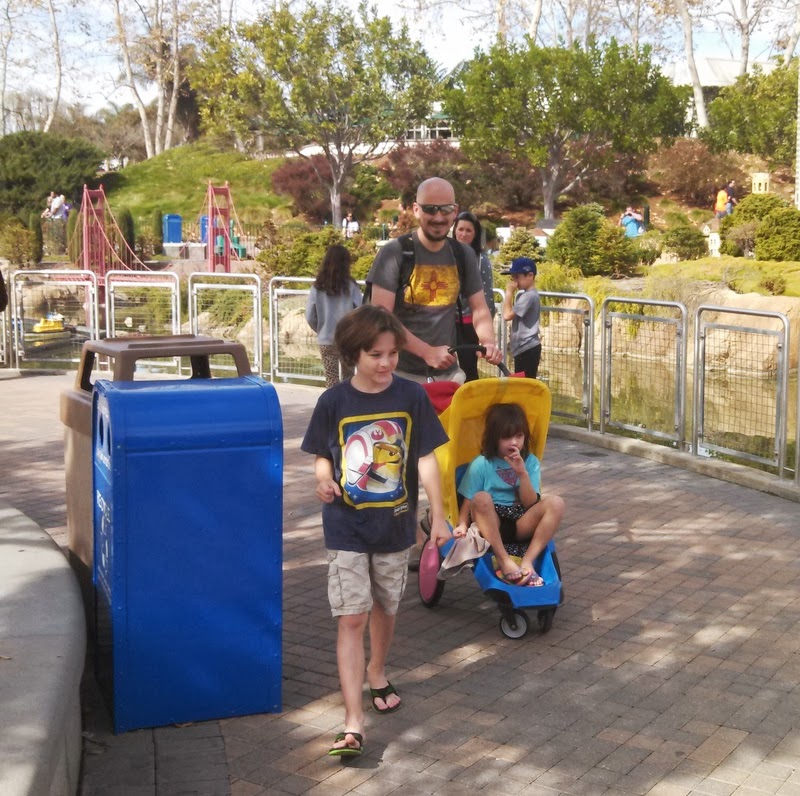 You can just see the excitement on Jonah's face about this experience.  He'd been looking forward to it since we left Maryland.

Maeryn, on the other hand, is feeling horrible, and riding in a stroller.

We decided the stroller was our best option when we woke up and she was still having bouts of coughing if she exerted herself in any way.  We knew our girl and we knew if she was excited she would be tempted to run around, which might lead to mucus puking and uncontrollable coughing, so we rented a stroller for the day so she could be with us, and maybe if she felt up to it, go on a couple of rides.

I know.  Maybe you would've cancelled the trip you already paid for and that your kids had been looking forward to for almost a year.  Maybe you would have scrapped all of it and taken your daughter to the doctor to see what the coughing thing was all about.  Here's how we thought through it - Maeryn desperately wanted to do this thing.  She would have been devastated, and so would Jonah, if we'd had to miss it.  The medic yesterday told us that it was just a cold, and recommended we go ahead and take her to the park.  We figure if it was something more serious he would have told us so.  She did great at breakfast and she was generally fine as long as she didn't get too worked up and didn't run.  If she went to school, and we were told by a doctor that she just had a cold, we would have sent her to school.  Thus, the stroller.  We wanted her, and everyone, to have the best possible day.

At first she was so happy just to be there, and to be able to see everything, even if she was in a stroller.

She was, in fact, extremely grateful for the stroller.  She strapped herself in "so I won't be tempted to run, Mom." 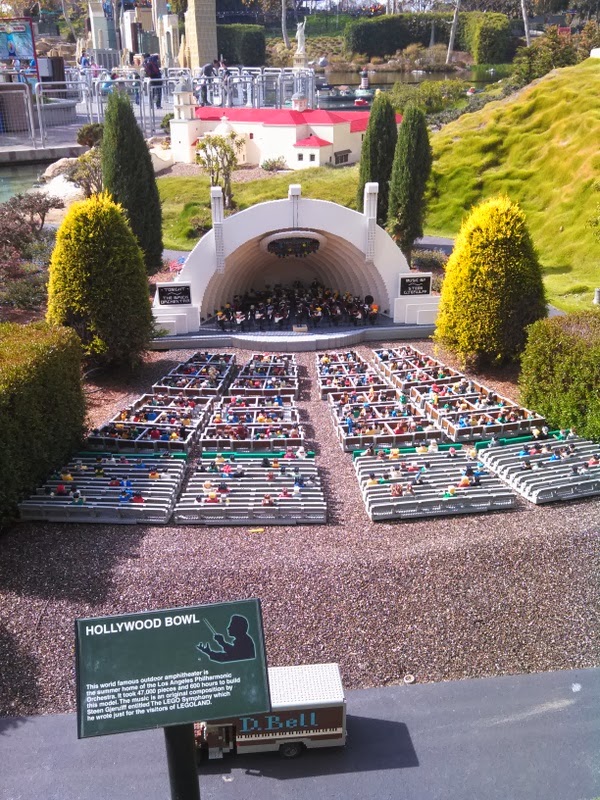 We saw all the miniature city models first.  They were spectacularly accurate and just incredible works of art.  Jonah loved one scene that included a pirate battle.  When you pressed a button outside the scene, water splashed in multiple locations to replicate cannon fire in a pirate battle. 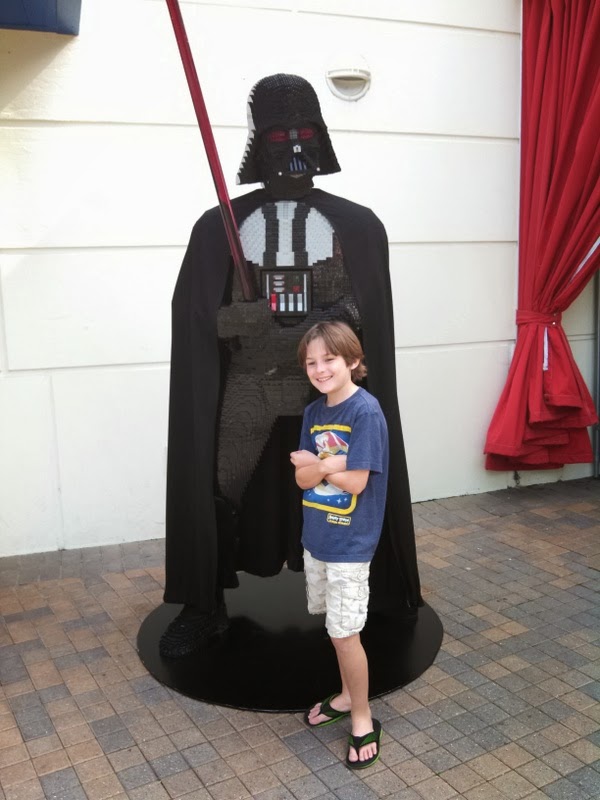 There was also an entire area of Star Wars models - one from each Star Wars movie.  This Darth Vader was next to the Star Wars area gift shop.  We decided we would not go inside any stores at this park if we could help it - that way we wouldn't be tempted to buy things with money we didn't have.  Everyone thought this was a great idea. 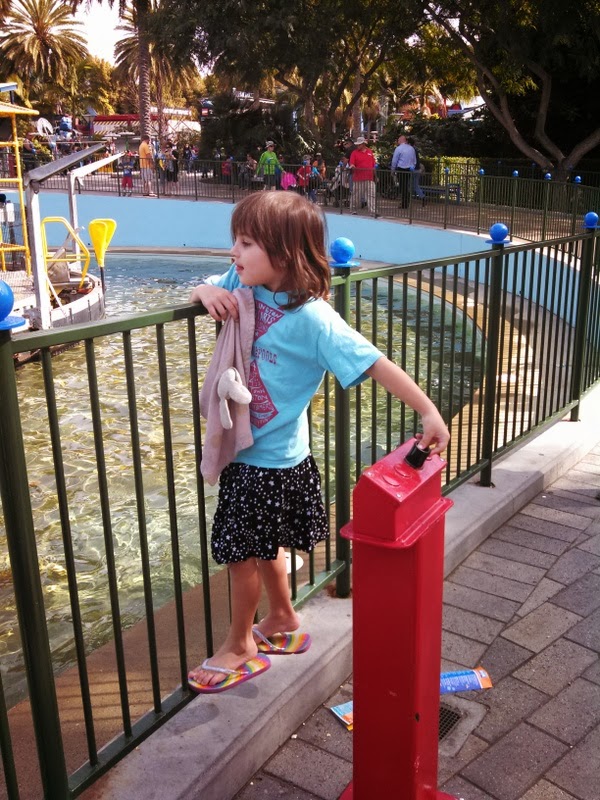 Michael and Jonah rode the first ride of the day.  It was inside the pool of water you can see above.  They rode little jet skis.  Maeryn stood outside and pushed the button to make a water cannon fire at them.  It was good fun without a lot of necessary movement - something she could do easily without facing bouts of coughing. 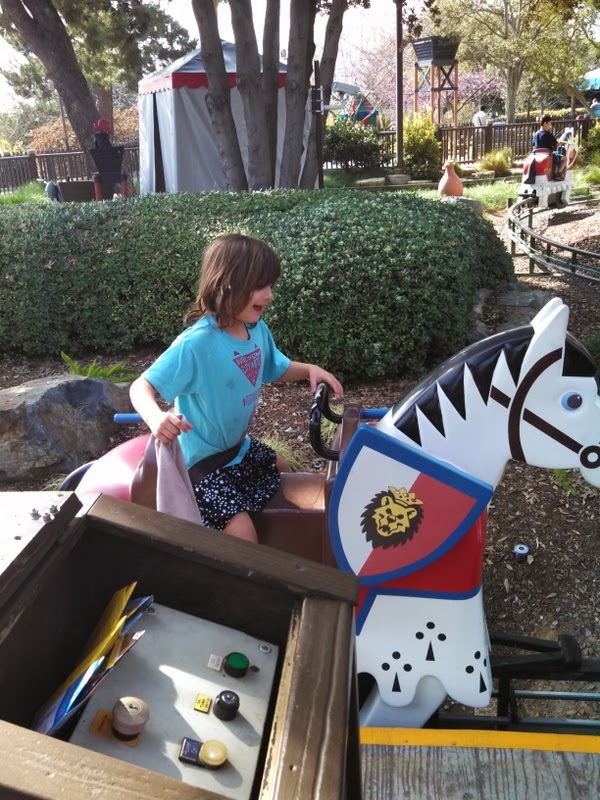 Maeryn did so well staying low for the day.  She stayed in the stroller.  She worked hard not to get overexcited.  She drank lots of apple juice.

Eventually she was feeling so much better she wanted to try and ride these ponies.

She had the best time.  No coughing. 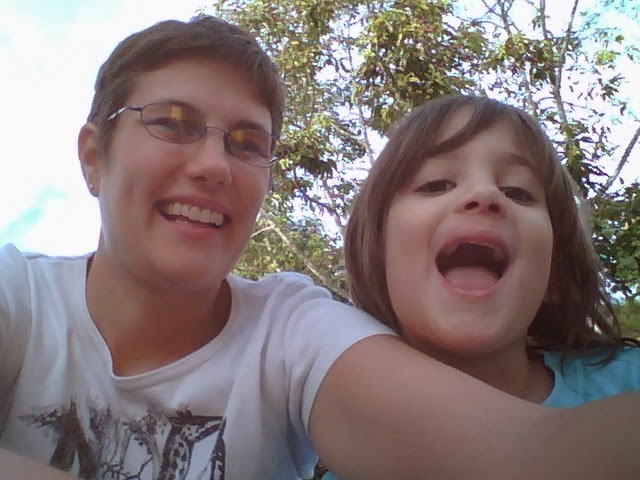 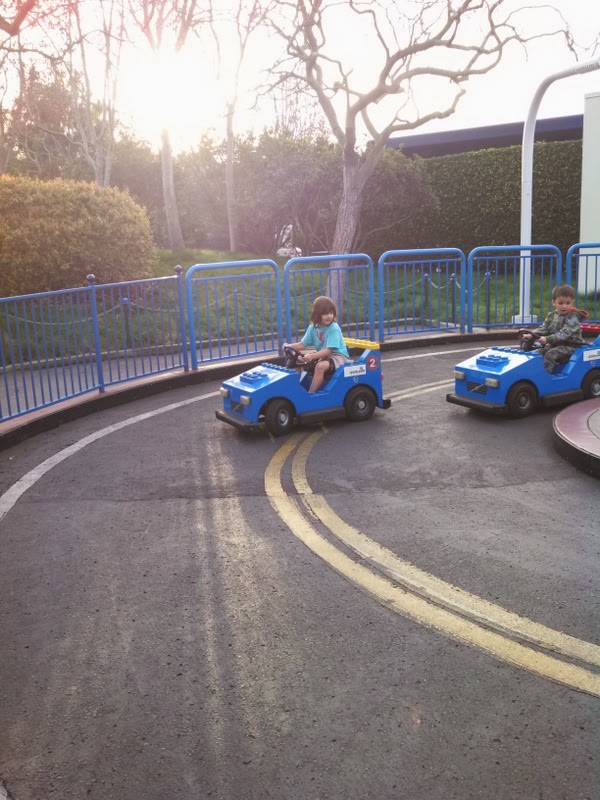 The she rode the planes with me and drove this car.  It was getting later in the day.

Jonah and Michael did a roller coaster (Jonah's first real roller coaster experience, he was brave, I was proud) and a pirate ship battle.  We did a racing game as a family where we drove LEGO fire trucks to a fire, put it out, and raced back to the starting line.  We beat three other families at it.  It was awesome.

Then we went to this fountain: 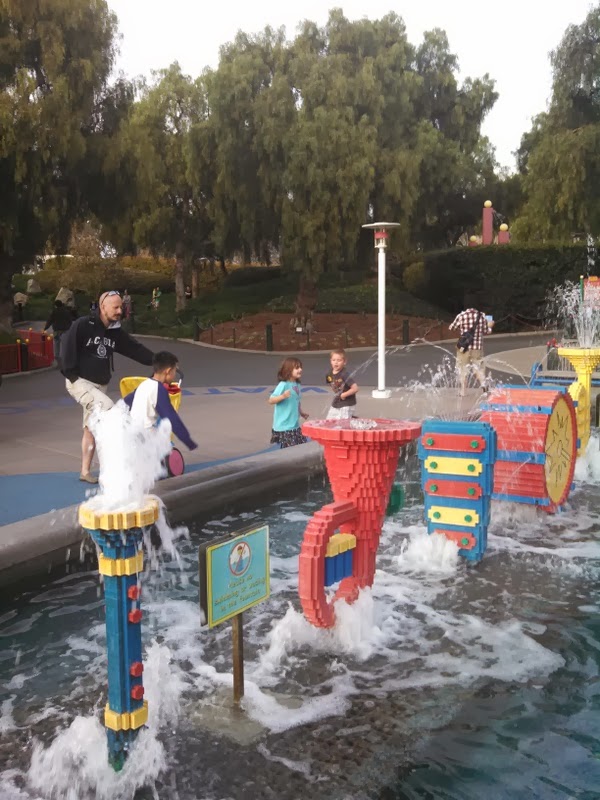 We were almost through the entire park.  Maeryn had been doing so well and everyone had been having the best possible time.

We told her she might start coughing, but she didn't care.

And then the coughing started.

She wanted to keep on playing but we convinced her that it was important for her to get back into the stroller and rest.

It was a little sad for all of us.

We finished the day off in the dinosaur area where the kids both sat in the sand and dug for fossils.  Maeryn had her cough under control.

By the time we got back to the bus she seemed so much better, we almost forgot she was sick.

And we drove off into the night, toward Julian.