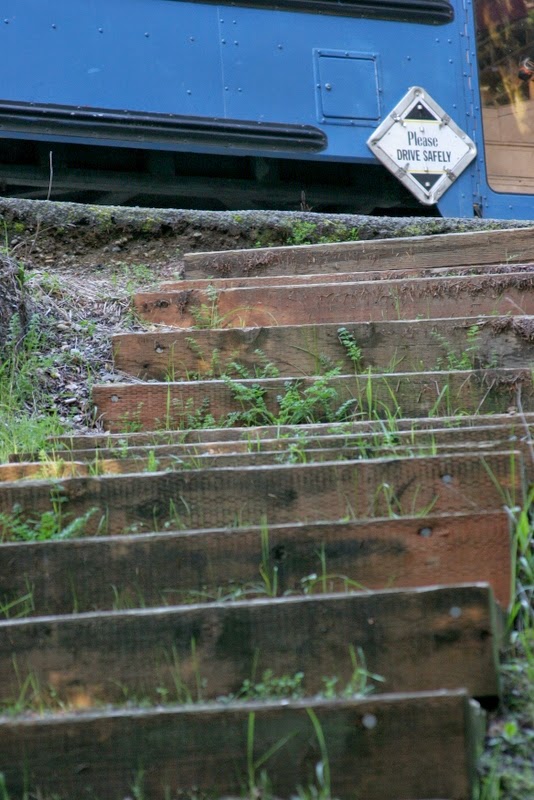 On our way toward Oregon we drove alongside a river.  I don't know the name of this river, only that it was beautiful and powerful and full and beckoning.

When we found a place to pull off, after watching her flow and tumble down cliffs and through mountains, we took the opportunity.

Maeryn wanted to stay in the bus.

We were all a little upset by this, because all of us wanted to go down to the water.

There was a lot of conversation, and finally, a compromise.

Jonah and I would go down together first, then Michael could go solo and have a private reprieve.

We hustled down the steps. 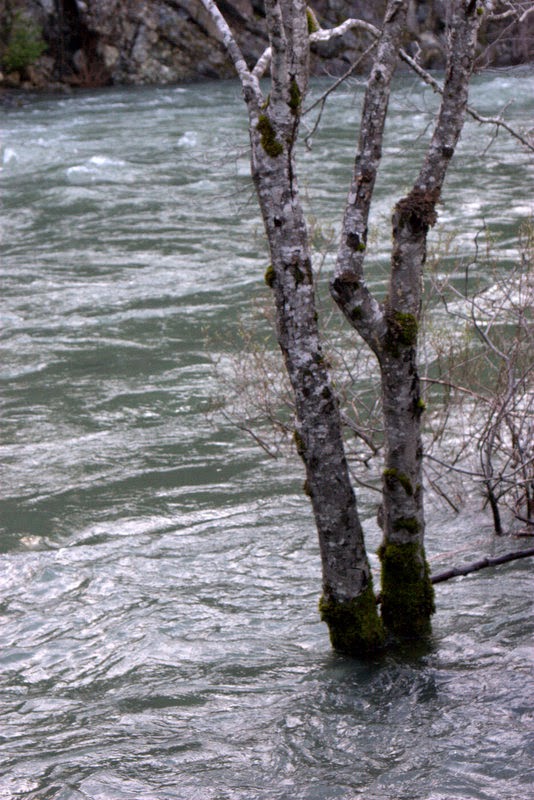 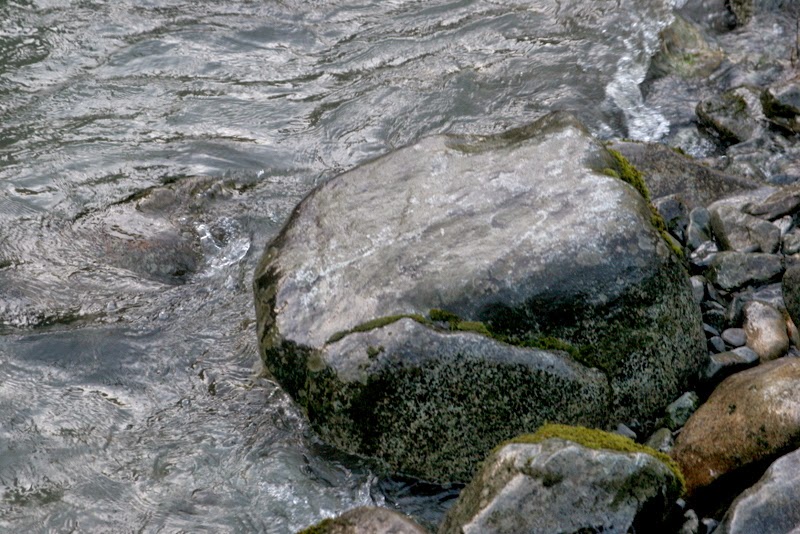 We had to throw stones. 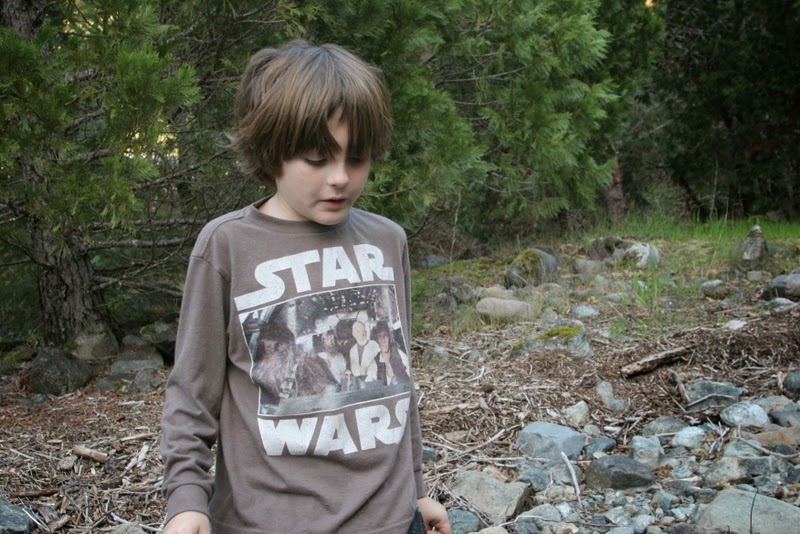 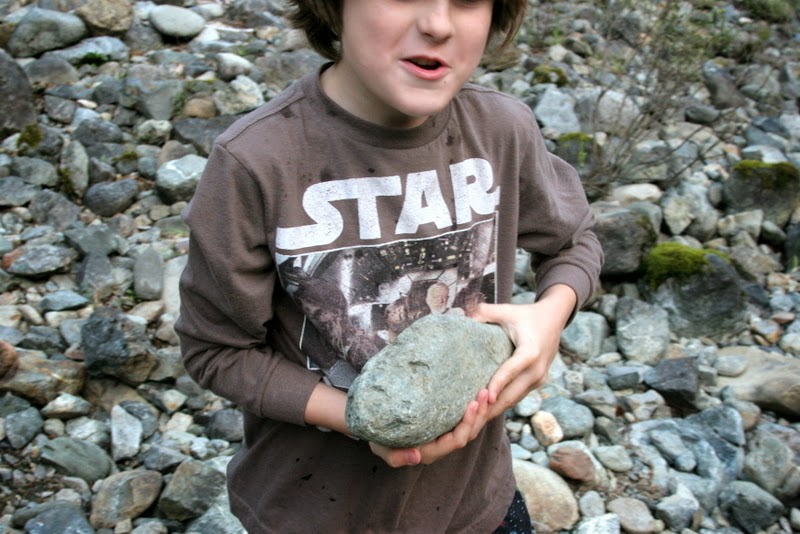 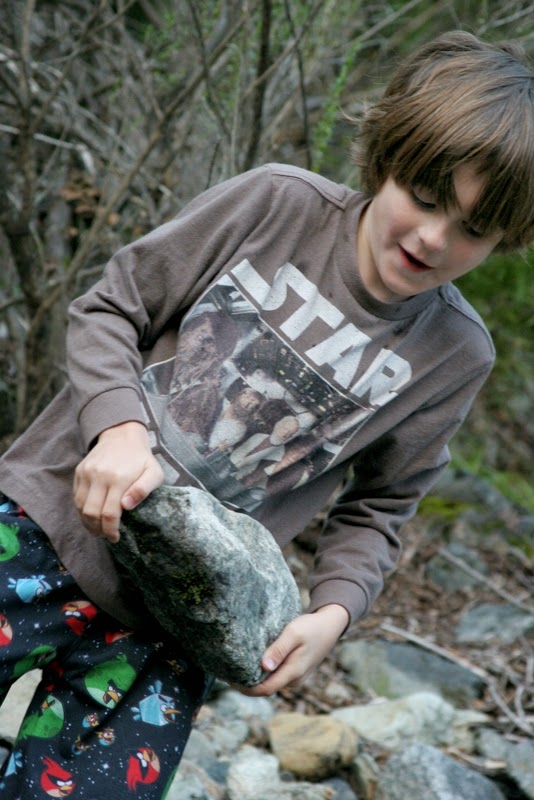 We had a contest to see who could make the biggest splash. 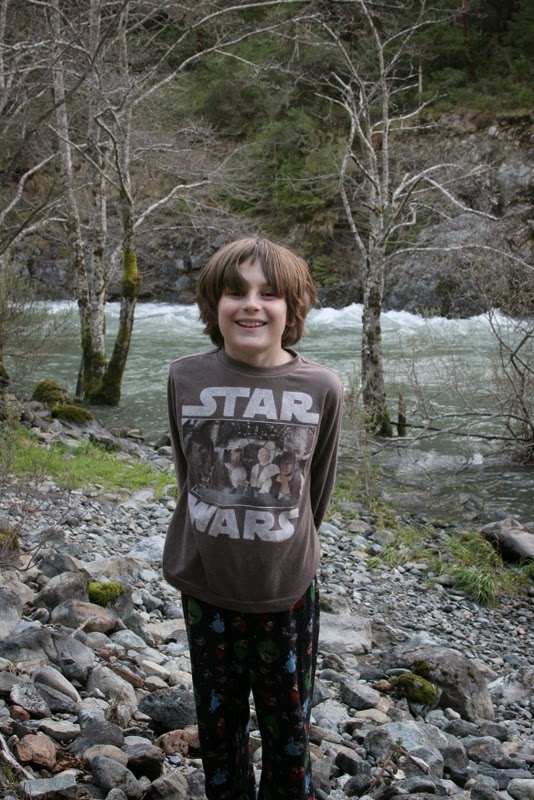 It didn't matter much. 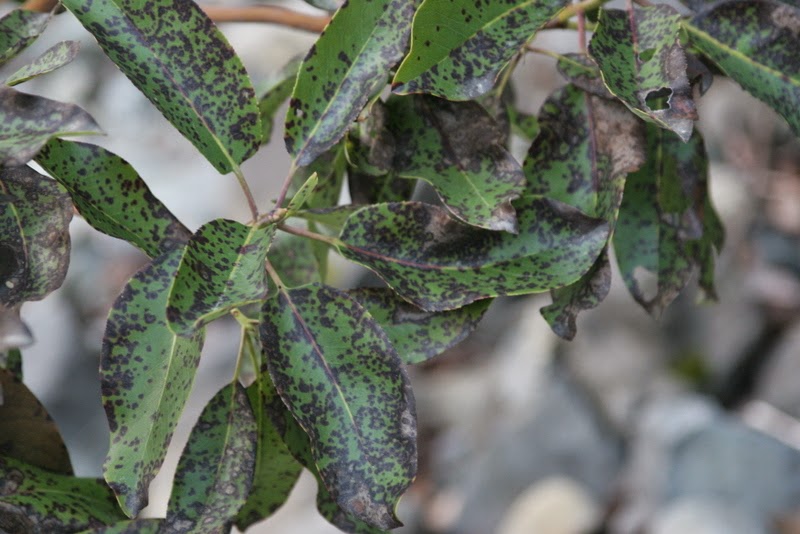 We found a little trail and followed it to a sparkling waterfall.

The camera ran out of batteries about then, so we headed back to the bus.

I put some rice on the stove for dinner, and Michael headed out.

Jonah wanted to go back.

And suddenly, Maeryn wanted to go too!

So the three all went, and it was I who got the private reprieve. 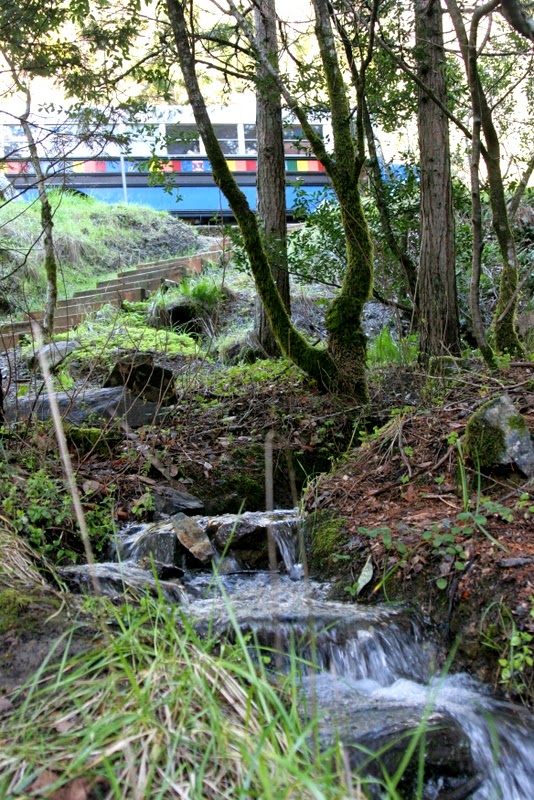 Michael shot all of the following on his excursion with the kids. 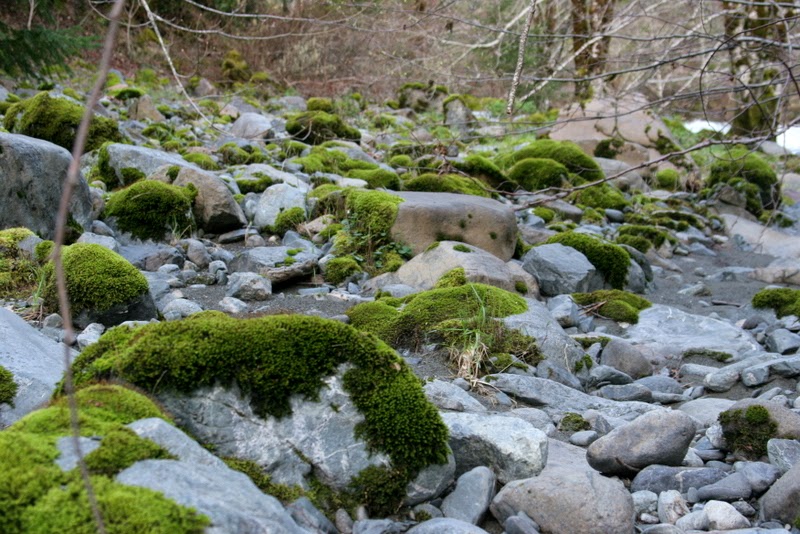 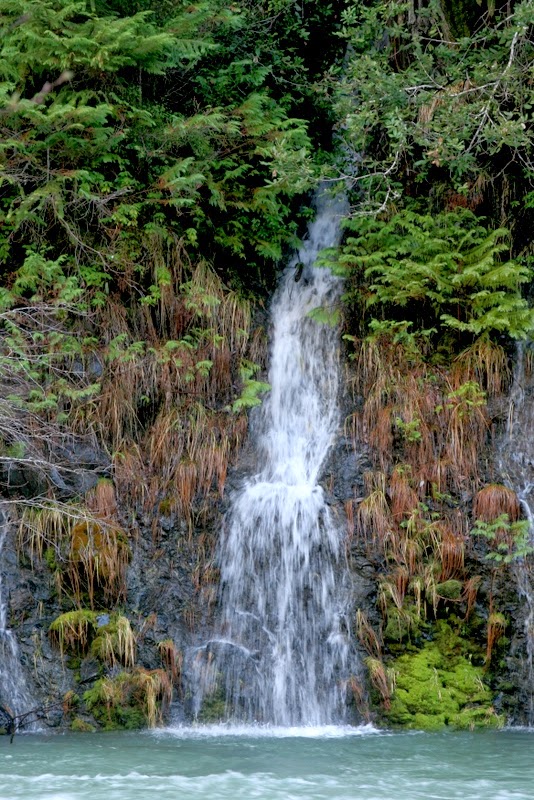 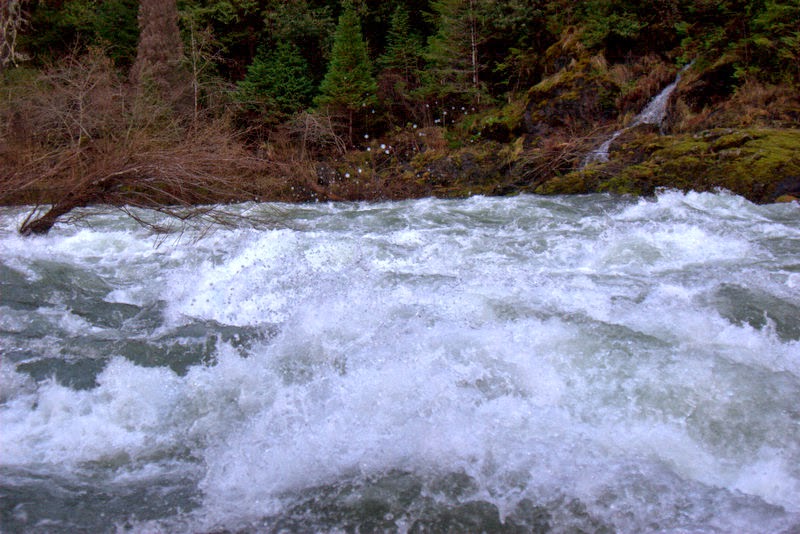 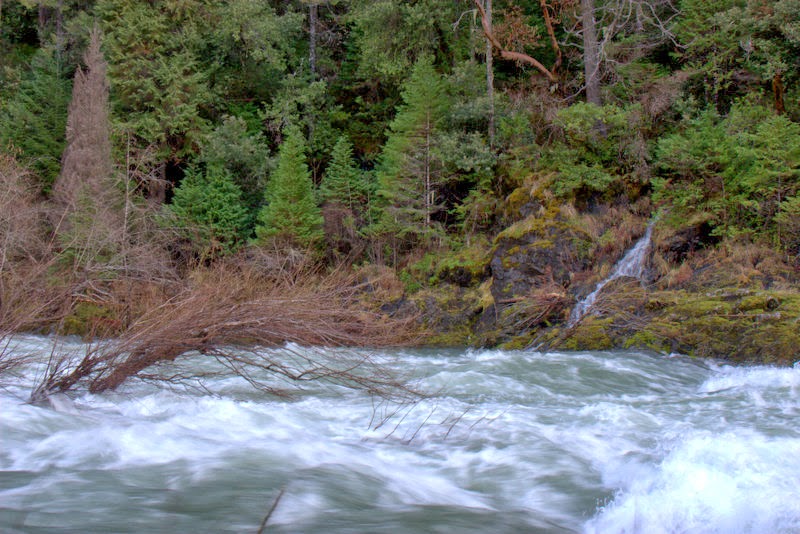 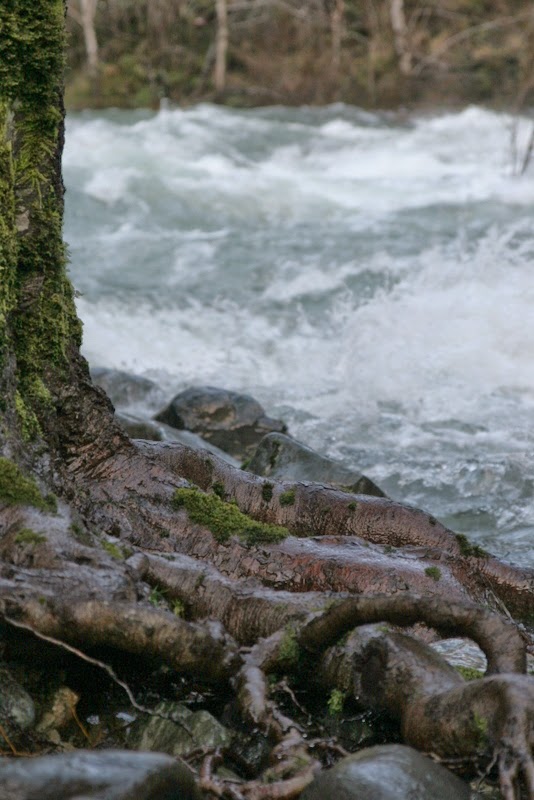 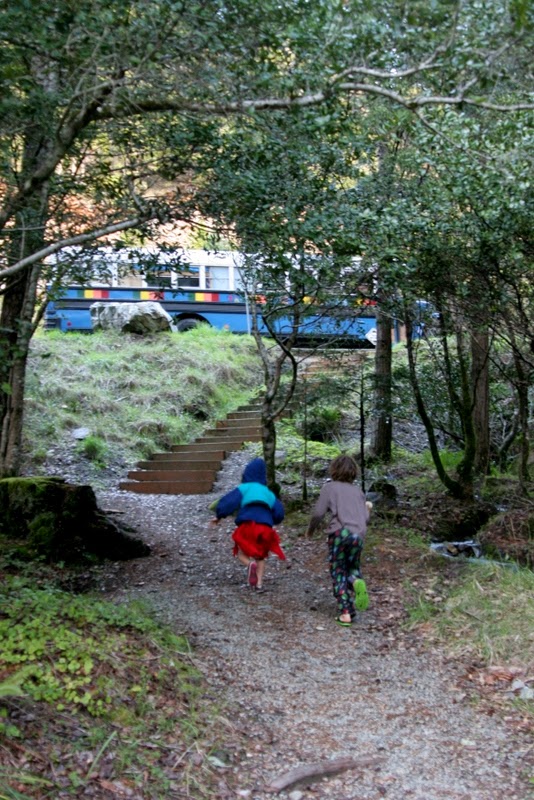 They came home to hot stirfry.
Posted by Missy at 6:00 AM