Yesterday I did not have computer access, so I'm writing two entries today.

To be honest, yesterday and today absolutely seem like the same day.

We've been in the car now for a total of 28 hours.

In Downingtown we ended up having to go from rental van place (signing our names on the dotted line so we could drive the white Dodge Caravan that has been our home during the day for two days now) and also to the body shop for a little accident Michael's mom had a few days before our arrival. 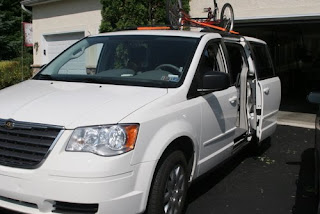 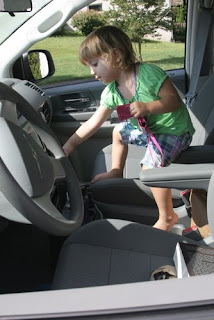 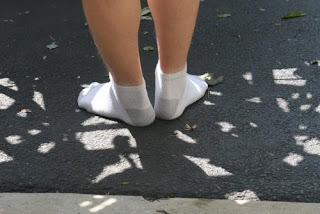 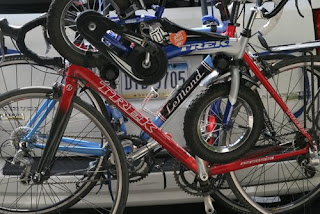 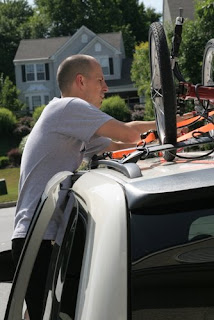 We ended up getting off later than expected en route to Columbus, but we made in anyway, safe and sound after few mishaps.

Oh - and I forgot to mention that our children did not go to sleep that first night in Downingtown until 2 AM.  Okay - Jonah went to bed around 1.  Maeryn - no dice - no sleeping til 2 or 2:30.  Michael finally ended up driving her around in the car, and she crashed in minutes.

Columbus was no different.

We stayed there so we could visit Michael's great grandmother on his father's side.  It was fun to see her and Michael's cousin, Linda. We got take out from Bob Evans for a super late dinner (we fed the kids at Sheetz before hand - so they just scarfed steamed broccoli from Bob Evans for a snack) and then stayed in really lovely guest rooms at the retirement home where Great Grandma B lives.

I gave the kids a duel shower, which was an adventure to say the least, and then made myself a cup of decaf tea and tried to chill with the littles while Michael grabbed the luggage - then we tried for some bedtime action.

Maeryn wasn't going to sleep again.  Jonah crashed immediately - put himself to bed, looked at a book for awhile, then slept peacefully and soundly til morning.

Maeryn stayed up til about 11, then we went for a drive.  No playing around this time.  Sleep is good.

She slept like a rock for the rest of the night in a make-shift bed on the floor.  Jonah slept in a roll away.  Michael and I slept on the floor also because my back and neck were killing me from all the driving.
Posted by Missy at 9:17 PM