Last night was spent (until 0200!) working on album art for Michael's EP.  I'm now working on hosting the album release party and getting entertainment and refreshments together for the event.  Not sure the release party is necessary, but it seems like the thing to do when you're semi-new to the industry, and Michael deserves it.  With $ so tight around here, we've done nearly all the work ourselves - from album art to recording to instrumentation.  Not only is $ tight, but we don't have a lot of time to waste - we needed to get this first album together asap.  I'm hoping we get a decent turn out at the party, and his listening base expands quickly.  Tonight he'll be up well into the wee hours finalizing the percussion and piano tracks.  He asked me to play piano on one of the songs.  I don't think I'm much to write home about as a musician, so I was pretty honored to be asked - Michael isn't the type just to ask someone because they're his friend or loved one - he wants to do the best possible job - I think it turned out alright - we'll see how it comes together in the end.

I'm insanely proud of him for doing this.  Moving forward with his music is something Michael has wanted to do since he was in high school, and now, to have this opportunity and ability - it's been a wonderful journey to watch.  I know that all of the tracks won't be exactly what he wanted - his cellist bailed at the last second and he's had to fore-go the cello idea to get the album ready before Christmas (we're counting on it for several Christmas presents) - but I think it's going to be good - he's a great song-writer.  People can't miss that when they listen to these tracks.

So here's hoping that this album release party pans out, that our friends will come through with help on the refreshments and entertainment (I'm asking some other song-writers and cover artists we know), and that it can be a happy time for everybody around us.  I see it as a landmark on a long journey for Michael and for our family together - one more step toward our aspirations - together. 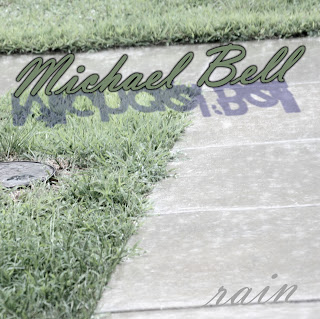