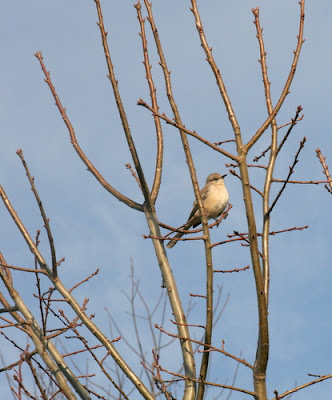 "What would you like to do today?"  I asked.

Jonah was sitting at his LEGO table in his room, his desk lamp beating white hot sunbeams over plastic Harry Potter LEGO heads.  A Birds of Eastern North America book sat to his right.  He glanced over at it before answering.

"I think I want to go bird watching.  Can we do that?  Bird watching, or to the playground."

"Well, which would you rather?"

And so our day began.

Last night was an "up til 4AM" night, and it was already 11 in the morning when we started to ponder our bird watching excursion.

This is not a new interest for Jonah - he's been into birds for almost a year now, on and off.

Maeryn was still sleeping... on the couch... in the basement.

Jonah checked the weather on the computer and we decided it would be best to go in the afternoon, when the temperature was above forty.

And after Maeryn got up we coerced.

And finally, after lunches and teeth brushings and borrowing binoculars, we were actually on our way.

We hit up one of our favorite locations:  Greenwell State Park.

We hadn't been there for over a year:  Maeryn didn't remember it at all, but when it was just a family of three, we were at the Greenwell beach almost every weekend.

Immediately, the kids saw the horses and couldn't wait to stop, park, and pet.

The sign was clear that there was to be no feeding or petting, but a black and white mare literally trotted to the fence for a nose rub from Jonah.  Other horses soon followed. 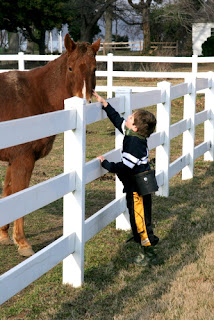 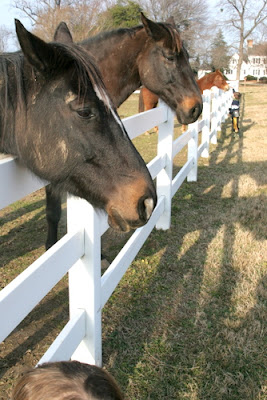 After our time with the horses, we headed down the path toward the river.  I hoped we might spot a bald eagle or heron - but anything would do - Jonah was so excited. 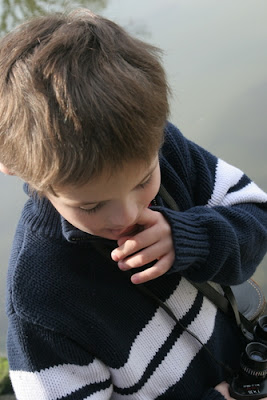 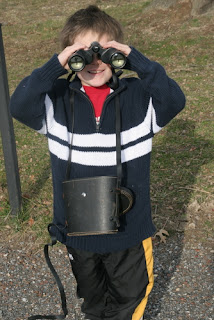 The water was quiet, serene, clear, clean.  We hiked along the rocks.  We stared into the river at the oysters clinging to logs.  We listened for bird songs. 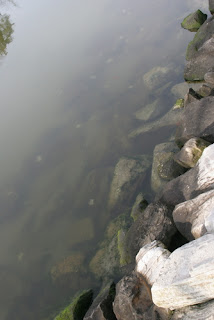 Jonah explained that hiking along the rocks might be dangerous:  "Snakes could be hibernating under them."

So we were careful. 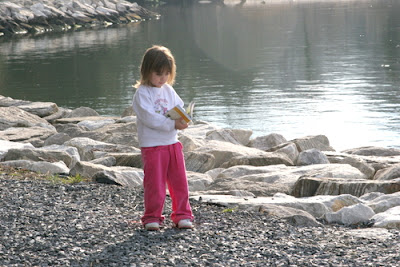 As the wind picked up both kids wished they had heeded Mom's advice and brought hats, jackets, and scarves.  I promised we would go back to the car as soon as we rounded the next bend.

At the car, Jonah grabbed his scarf, and we headed back to the trails, this time, toward the sandy beach: both kids wanted to check out the shell selection. 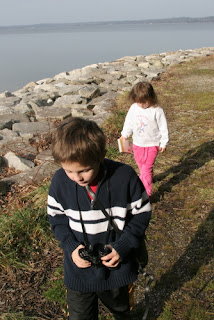 The beach was, predictably, deserted.  We collected a few shells and smooth rocks and spotted some of our first birds: a red winged blackbird and a red-headed woodpecker.  Precious finds. 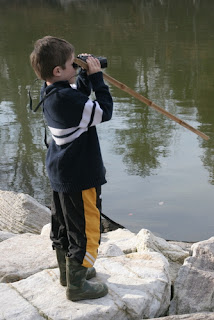 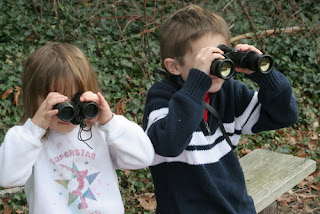 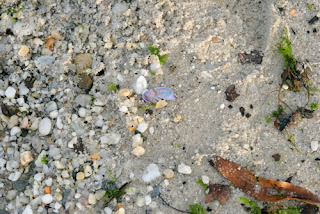 In the cold, we tried our hands at skipping rocks and found that oyster shells worked best.  We scared the blackbirds.  We spotted a helicopter and a plane - some seagulls.  And it was time to go home. 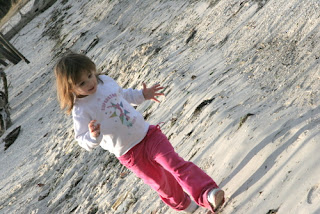 As we made our way back to the parking lot, Jonah ran ahead (Maeryn huddled next to my leg, clinging: she was freezing).

When we came to the top of the hill, we saw Jonah, predictably, with the horses.

I worried for a moment when I realize the woman who ran the barn was standing next to him, and then I noticed that she seemed quite calm and even a bit cheerful.  My Little Man was asking questions.

When Maeryn and I arrived at the fence, he exclaimed proudly, "Her name is Rain Dance!"

And so it was. 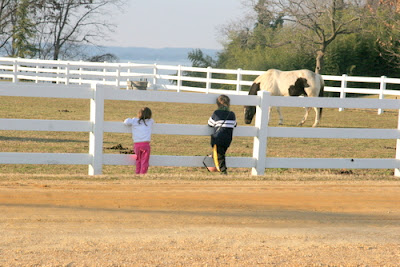 Maybe one of the days we have the kids, Brian can take Jonah to his favorite bird spots.