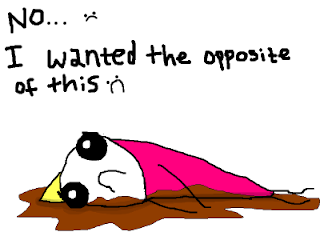 So you know how you make plans and you think you've got everything lined up and together?

And you know how often those plans just fall flat on their faces and you're left in a sea of unknowing chaos where you've no idea just which end is up?

That's where we are with the bus.

Michael's boss told us about a year ago that our leaving in the bus would be no problem.  That Michael could keep his job and that everything would work out just fine.

Now, there's paperwork and if we don't have a permanent address then they don't know how to pay us.

Now things have changed and the Obama Administration is just trying to make it easier to work from home.

Except that we're an odd case.  And so instead of easier, it's looking somewhat impossible.

I feel like this is what we're supposed to be doing.

I have felt like the bus has been in God's plan for our family.

I don't even know what I'm doing.

I feel like Michael and I are on completely different pages about everything.

We're frustrated and argumentative and his ideas of moving forward aren't matching up with mine and we're talking in circles and coming back around to disagreement.

The entire family is stressed to the max.

As always, we're too busy.  We're in the midst of a theatrical production where Michael is writing the music, directing the music, acting in the show, and building the set, designing the lights, and more.  It's just too much.  I'm directing and we're begging friends to babysit.  It's not a healthy place for our family to be.

On top of that, I'm struggling to make ends meet with my acting coaching and art studio - if I don't make rent, I have to leave - it's an agreement Michael and I came to a few months ago.  Up to now I've been making it, and last month I even made a little money...but this month, things are looking bleak, and maybe I'll have to leave.  And I'm sad about that.

I know it's an extra stressor, but it's also my own place to do my work, and it has been good for my mind and spirit.  I've made friends there.  I've invested.  And gosh, I don't have any idea what I'll do with all the artwork that is lying around the place.

There's also the general familial ebb and flow of life with the kids' lessons and friends and sleepovers and homeschool group and simply ridiculous amounts of things to wade through.

We're trying to sell the house.  We're trying to do a short sale because we've got. to. get. out. of. here. but we have to finish oodles of paperwork and get paystubs and bank statements and all sorts of other goodies to sent to the mortgage company to prove we really need help.

Lately, I just want to curl up in a little ball and rock back and forth until it all fades away.

Oh Missy, we are in such a similar place though in our case working from the road would be simple-- IF we could afford a vehicle TO work from the road. Praying for peace and wisdom.

Missy, thanks for being so very honest with us all. You're a brave soul, and I pray all will work out - especially that you and Michael find the common thread and can build upon it. Prayers being lifted.

Thanks so much for your supportive comments, guys. Michael met with his boss today and she said she is still willing to work with him and try to find something that will work for our family. I'm SO hopeful. She said she will continue to move up the chain until she can get some logical answers. Prayers so appreciated.

Heather - we saved for the school bus for quite some time before we actually bought it and now we're doing the work slowly, as we have the funding, to convert it to an RV. It was MUCH cheaper than an RV or 5th wheel. Many buses go on sale at the end of the school year because they can only be in service for 15 years. We got our bus for $2500.

Recently, I felt like God was leading me in a certain direction. Then I wasn't sure if he was leading me down a different path, but when Jim and I talked about it and were arguing, I stopped and prayed some more. One thing I know for sure is that Jim is my teammate and if we are going to embark on a new "project" that is rather big, we had better be on the same page. I knew that the quarreling was not a good thing. I prayed about it some more and decided that I was wrong about the path diverging and God showed me that in Scripture, as well. This is a long way of saying that as long as you and Michael communicate, being respectful as you disagree, and seek answers in prayer and through Bible study, you will be okay. It won't always be easy, but nothing worth doing is easy.

True that, Sheila. Thanks for reading :) We're working on that "being on the same page thing." Our relationship is ultimately important.

missy, just catching up on your blog...I'm sure you know already, but just wanted to encourage you and Michael to keep your focus on God and his word-ultimately-that is where he wants us, no matter the circumstance. will pray for wisdom in the many decisions you have to make.