A Day at Daytona 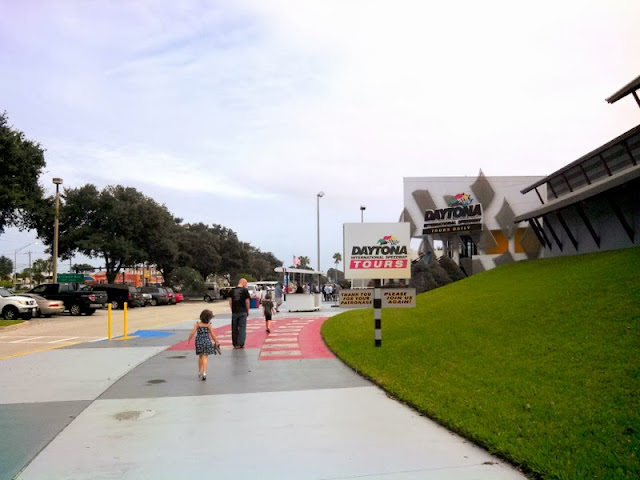 Michael really wanted to go and see the Daytona Speedway.

Race cars are not exactly my cup of tea.

I've tried.  I really have.  But I just can't get into it.  I'll take a gander at a 1958 Candy Apple Red Corvette at a car show.  I'll do that more than once.  But watching the cars go around the track hundreds of times well...  I still don't get it.

But Michael really wanted to see this.  And the kids seemed kind of interested in the cars.

And I was determined to have a good time.

And if not... I was determined to take a lot of pictures of them having a good time.

Which would in turn be fun for me. 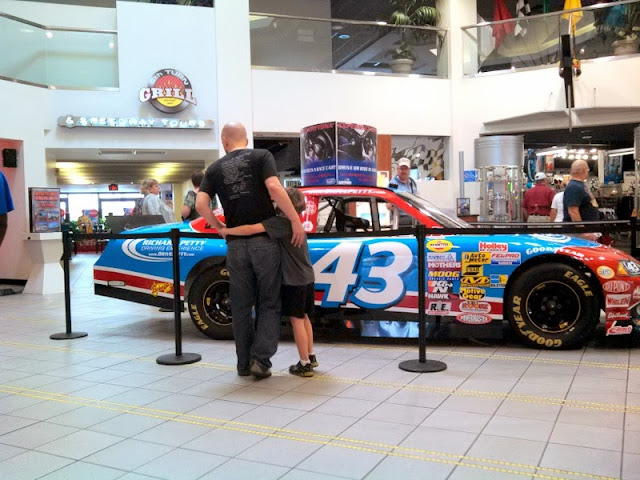 The visitor's center was free, and there was this car to check out - one side covered and finished and the other side open so that you could see all the working parts.

We had also heard we could see the track as part of the free section of the tour.

But we didn't see a way to get to it.

So after wandering around the visitor's center for awhile, the kids and I checked out. 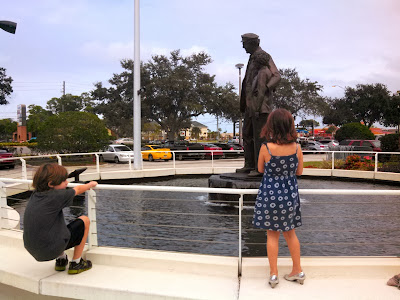 We found this cool fountain and threw in some pennies while Michael tried to figure out if we could, in fact, see the track for free. 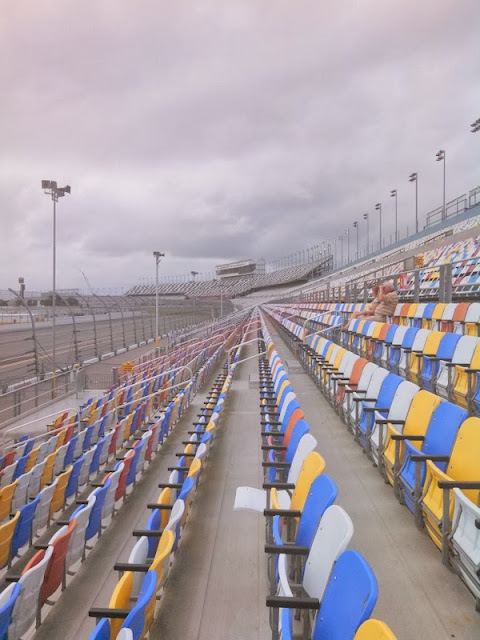 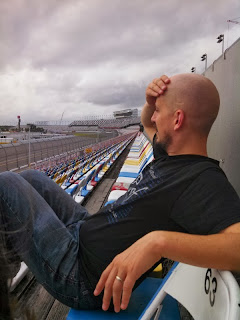 After our tour of the track, everyone was hungry, so we went back to the bus, which was parked just outside in the parking lot and ate our fill.

And then we heard rumbling.

There was someone on the track!  Cars or motorcycles or... something!

Michael wanted to go back and see.  Jonah wanted to stay in and play Skyrim.  I wasn't super interested, so I encouraged him to go.  He neglected to ask Maeryn.  As he was leaving she said, "Daddy, I would like to see the cars!"

And so, Dad and daughter headed back to the track. 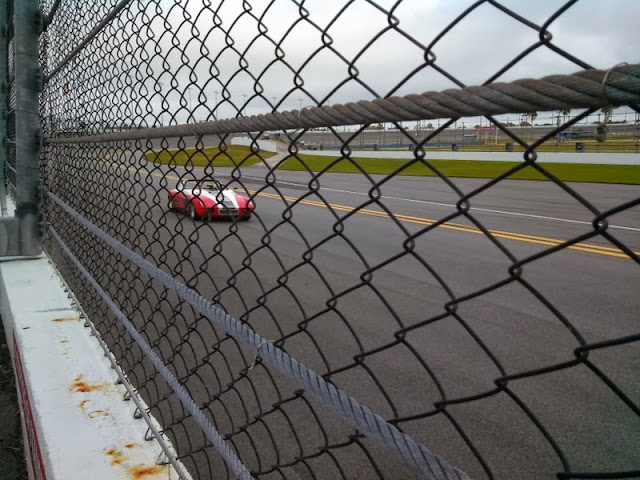 They watched these for upwards of thirty minutes.

When they got back into the visitor's center Maeryn wanted to know all about the inner workings of the car, and Michael was happy to oblige.

So proud of my Little - rockin' her high heels, taking apart computers, figuring out fast engines, and shattering stereotypes everywhere as she goes. 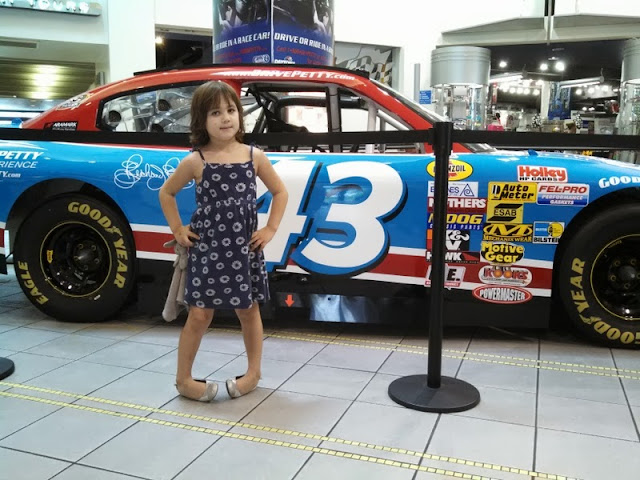