You think you know.

But you don't really know.

But there are whole other worlds to Florida, Ladies and Gentlemen.  Whole. other. worlds.

I'd heard of it: Ponce de Leon and the Fountain of Youth and the likely slaughtering of thousands of native peoples for really no good reason aside from selfishness...  but I'd never thought about visiting there.

Not til we stopped there for an overnight.

I looked up "Stuff to do in St. Augustine" and the most popular place was the Pirate Museum.

I figured - I'll take the kids.  We'll get in, we'll get out, we'll get back, and we'll keep hauling down the coast.


We stayed in the museum for a good two hours.  It's all decked out (see what I did there?) like a pirate ship and port.  There are oil paintings of pirates from when those pirates sailed the seven seas.  There are real pirate treasures and pirate flags and artifacts and booty of all shapes, sizes, and sorts.  The kids shot a cannon, raised the Jolly Roger, and learned about the pirates' code.  I was surprised to learn that our views of pirates aren't as romanticized as I thought.  Pirates of this century were bloody, yes.  And thieves.  Yes.  But they were also the Robin Hoods of the sea.  They had a strong sense of justice, loyalty, and morality.  They stood up for the underdog, and fought hard for their own.  They even had a pirate social security system to make sure retired pirates had a place to live and good food to eat following their years at sea (this system extended to the wives of late pirates as well, and some had many more than one).

The museum was well worth the time and the price for children of all ages.  I'm not sure there are many other places where you can see pirates' diaries, logbooks, and so many personal effects.

When we exited the museum, it was raining, and it was time to go home.  I wanted to head straight for the car.

But the kids were hungry.

And wanted to explore.

And well...  it was hard for me to be against this, even in spite of the drizzling, because St. Augustine is just. so. quaint! 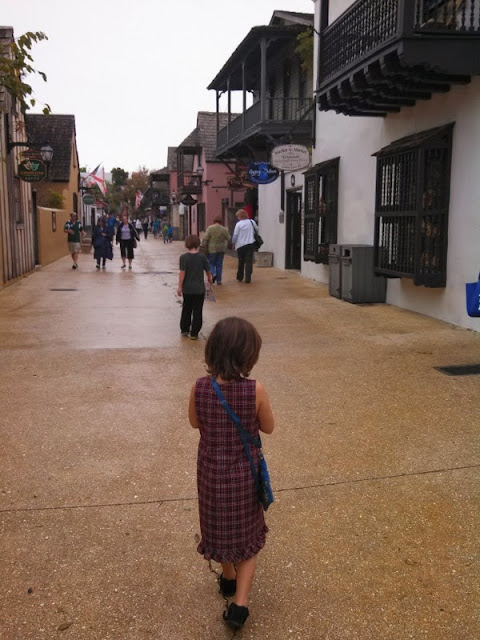 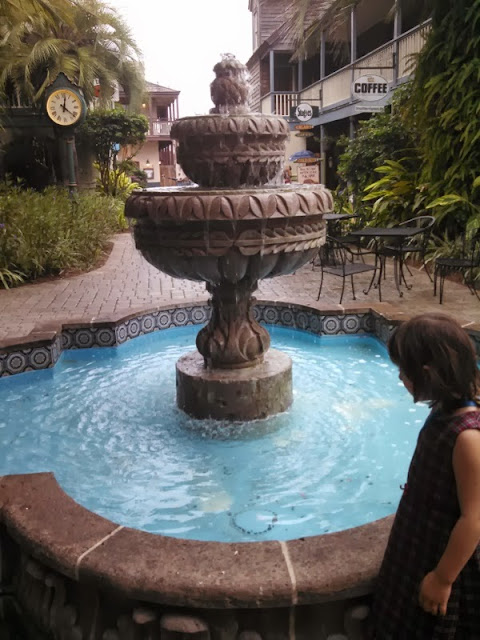 And we spent our last bit of exploring money on lunch at a restaurant.


And finished off the day doing some real exploring.  For free. 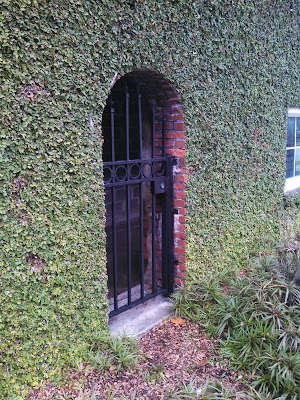 Including chilling at this playground with a new friend until sundown.

It is a super cool playground. 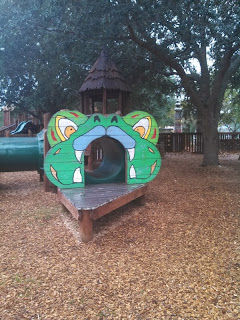 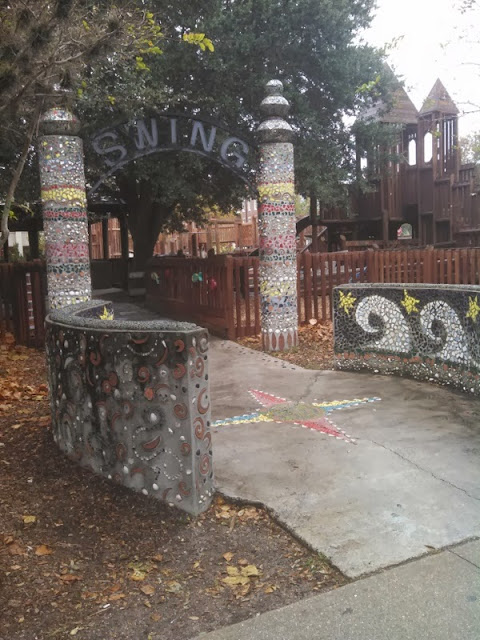 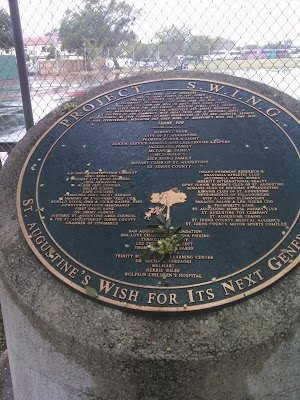 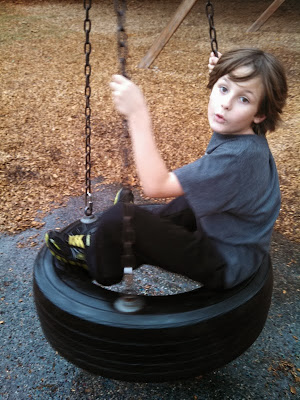