Snorkeling with The Boy 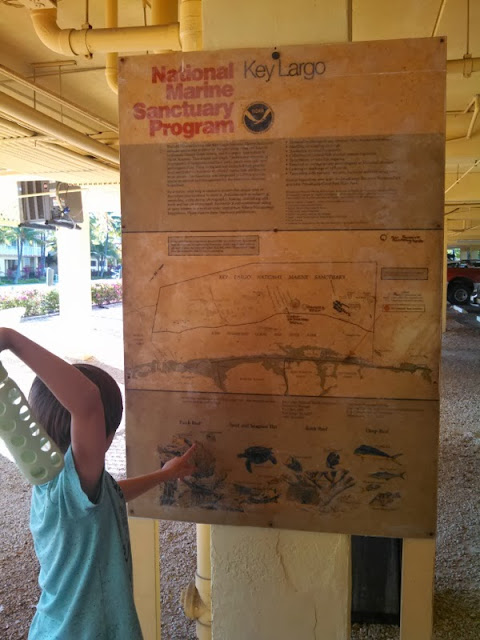 I admit I was terrified to go snorkeling.

And I would not like to be eaten by one.

I had spent the last several days texting various friends to tell them that I might die.

My brother was most helpful:

"Miss, if you died that way it would be SO epic!"

I love my brother.  I really do.

Anyway, I refused to pass on my fear to Jonah.

I did a bunch of research about sharks and their habits, especially studies done by biologists who swim with sharks on a regular basis.  I educated myself about when and why they might attack and how to behave around them if I saw one.

This made me feel a lot better than looking up shark attack statistics.

And so... armed with this information Jonah and I checked in with SunDiver and John Pennekamp State Park and readied ourselves for the adventure of a lifetime!

(We did not bring the underwater camera.  This is because I could not find it before we left.  Later I found that it was in the bottom of my backpack and we had it with us the entire time...  Life is weird like that.  Irony and so forth.) 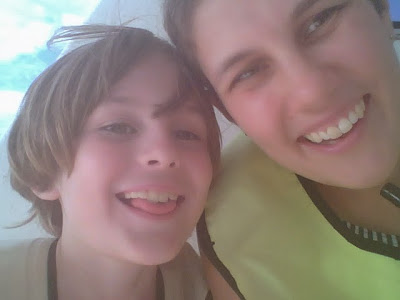 The boat headed out toward the reef.

We were excited.  We were pumped.  We were wearing our neon life jackets (you don't have to inflate them)...

And the boat. kept. going.

Past where I could see the land really...

I fought my nerves.  I fought them hard.

And then we were idling.

And the first mate was giving us a second briefing on where the reef was (out there where you can see the waves breaking)... and how to know when our time was up... and...


Two guys who were experienced snorkelers jumped right into the water.  The first mate had barely finished her briefing.

And Jonah was all geared up...

And Jonah and I were the second people into the water.

He took to snorkeling easily.

He glided through the water next to me.

It was deep and clear and deep.

He grabbed my hand and pointed down...

A ray!  A real live sting ray in the real live ocean!!!

We hovered and watched it as it fluttered around in the sand.  My heart was pounding.  I was doing it.  I was having this phenomenal experience with my nine year old son.  He was right beside me.  And he was thriving and we were doing this awesome thing.

The water was a little rough, and Jonah reached over and grabbed my hand.  We didn't let go for the next forty-five minutes.

We swam together over to the reef.

A small school of barracudas milled about at the edge of the coral.  I could feel adrenaline coursing through my veins - these were predators - flesh tearing predators.  Sometimes I wished I hadn't done quite so much research about marine life as a child...  But they weren't interested in me.

We saw rainbow colored parrot fish and black and neon blue fish swimming together in swarms and schools as they devoured plants and algae.  We saw angelfish - small and large - peeking out of the coral and plants.  We saw a giant brain coral, silver barbs...  so. much. life.

"You want to go back to the boat?"

We kept holding hands all the way over to the ladder where we clambered up to the deck and got some water.  Jonah told everyone who would listen about all the things we had seen.  Two minutes later he was ready to go back in.

"Do you want me to hold your hand again?"

We swam over to new places and saw even more torrents of fish spilling all over the brimming hillocks of the reef.  More swarms of parrot fish.  More turquoise and black beauties.  More barracuda.  Pink jellyfish on all sides.

And then the sun was going down.

And Jonah was tired.

And we headed back to the boat for good.

He wanted to sit on the upper deck for the ride back.

He wrapped his towel around his shoulders and head and stared over the sunset and waves: reflective. 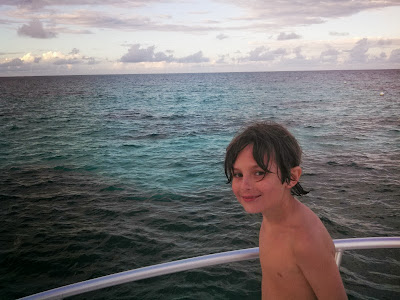 We'd been out there.

Two small specks in the ocean of blue.

I will never let go. 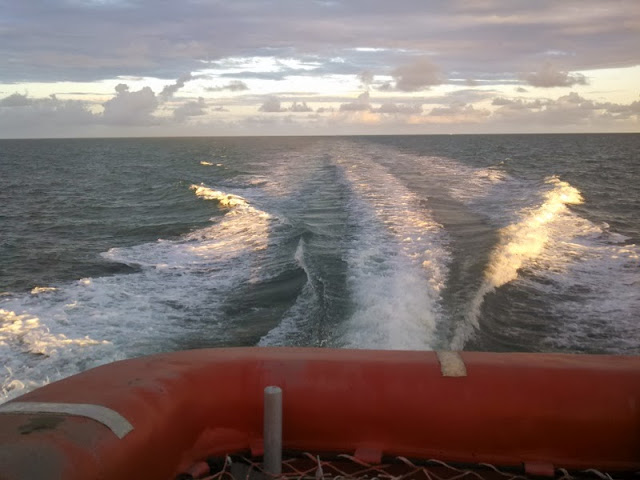 Got chills and cried happy tears for you and Jonah! What an awesome adventure to experience together.