After leaving Liz and Marc's, we moved northeast toward Orlando.  We boondocked at a rest area one night and then hauled to our campground at a city park ($23 a night and three minutes from Universal Studios...WHAT?!).

Our friend Summer told us about Downtown Disney when we said we were looking for cheap/free things to do while we chilled at a campground and waited for our date with The Wizarding World of Harry Potter (coming soon to an Adventure Bus near you).  We knew we wouldn't be able to get away without eating at least one meal there, so we collected half of our adventuring money for the week, and stashed it in our spending envelopes: preparation.

Aside from the meal splurge, we actually did have a goodly amount of fun for absolutely nothing.

First, we hit up the LEGO Store. 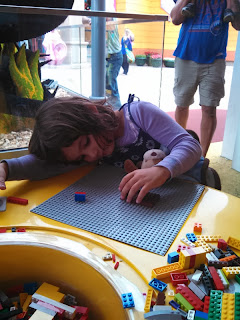 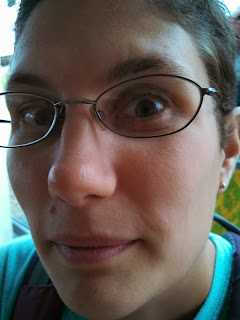 Michael took ridiculous pictures of me. 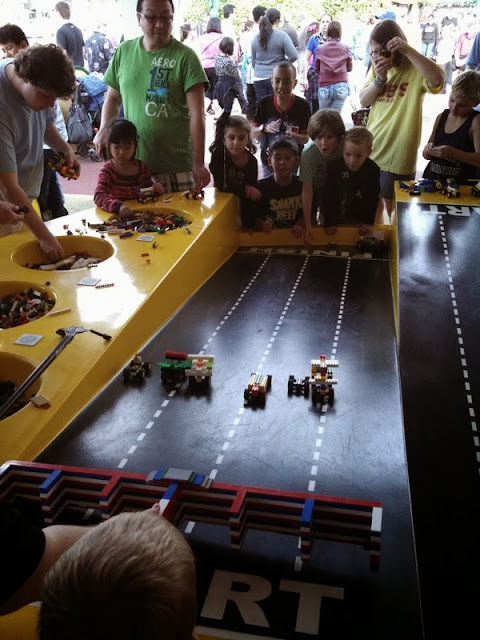 Jonah built a car to race on the track.  Anyone could build a car and enter it in the race.  If you won, you got the satisfaction of winning.  If you lost...  well... Jonah lost several times.

Each time he pulled his car out of the fray and added or deleted something else.  After his fourth try, his car came up the winner.

Maeryn added a helicopter to her village. 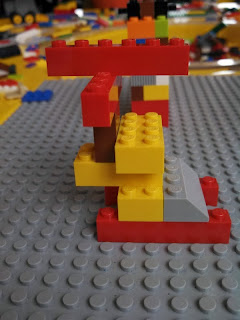 Then we took a walk down the street.

We could see the Volcano erupting tantalizingly at The Rainforest Cafe... and we'd brought our cash for the purpose of eating well... so we went ahead and put our names in for a 45 minute wait.

We spent our minutes at the Goofy Candy Store making faces in the FunHouse mirror. 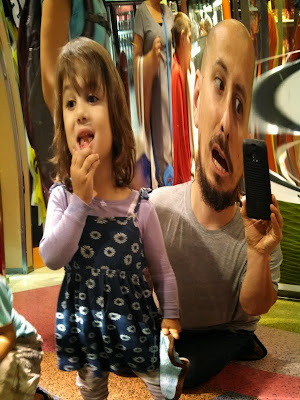 And watching the ladies make candy.  Maeryn was especially fascinated with the candy making process.

After we tired of the Candy Store we headed to the Rainforest Cafe gift shop to wait for our names to be called to dinner.

Michael and Jonah explored the huge fish tanks and tried on random hats.

Maeryn and I listened to the talking tree and played with stuffed snakes and kid-sized binoculars. 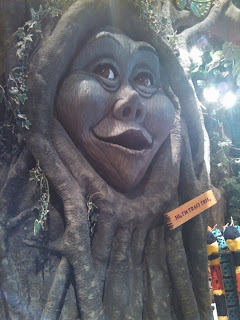 After a family foray into puppeteering all over the store...  our names were finally called.

We joined the Elephant Safari and took our seats next to the herd of animatronic elephants, across from the gorilla family, and under the canopy that encased the entire ceiling.

It was our first experience at the Rainforest. 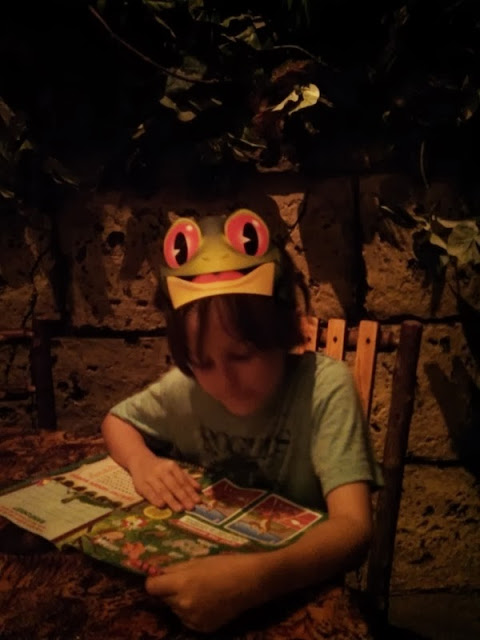 After dinner we headed outside to see Downtown Disney at night.  We watched the Rainforest Cafe's volcano explode with live flames - we could feel the heat from where we stood, looking up at the fire.  We checked out all of the twinkling Christmas lights and took in the smells and sights. 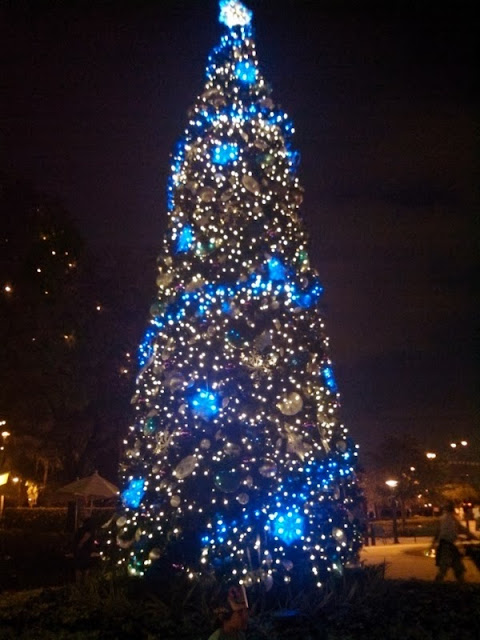 Just beyond the giant Christmas tree was an interactive, dancing fountain.

And since I'm beyond caring if their clothes get a little wet...  they got wild.