My dad told me that a must-see in Florida was the Edison Estate.

I looked it up online when we were heading to Fort Myers and it seemed totally doable and something the kids would enjoy.

But now we were in Orlando.

And I'd forgotten that it was in Fort Myers.

And I said we were going.

But I am getting bold in my old age and since this trip began, so I packed a backpack with sweatshirts, water, snacks, and cash, and loaded the kids into the car.

The kids brought movies, computers, and DSes.  I brought Jennifer, my trusty GPS.

And we were off.

Most of the drive was down I75, which meant flow of traffic was around 80 mph.  I felt a little like I was back in college and driving home for break.  (Not that I would ever go that fast on the PA Turnpike, Mom.  Honestly!)

I navigated to a Pilot for gas and got us safely to a Subway for dinner.  I had just enough money for dinner and tickets to the museum/laboratory (with $3 to spare) before our adventure $ for the week was gone.

I quelled my desire for Pilot coffee and kept on truckin'.

I got us through rush hour traffic in Fort Myers... which is a bigger city than I realized when we were there for Thanksgiving festivities.

And we made it just in time for the start of Christmas Nights at the Edison/Ford Estate.

Before this day, I'd had no idea that Thomas Edison and Henry Ford were friends.

We got our tickets and the kids were keen to explore the museum.

"Mom, when I grow up I want to be the most famous scientist in the WORLD!" - Maeryn 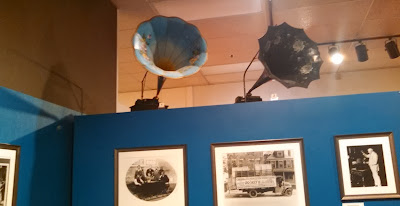 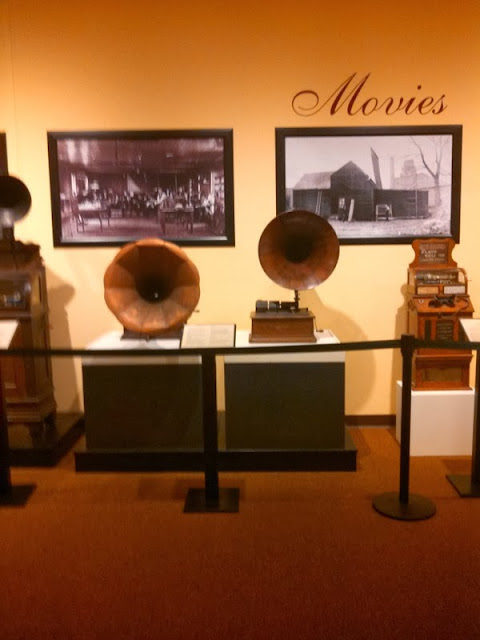 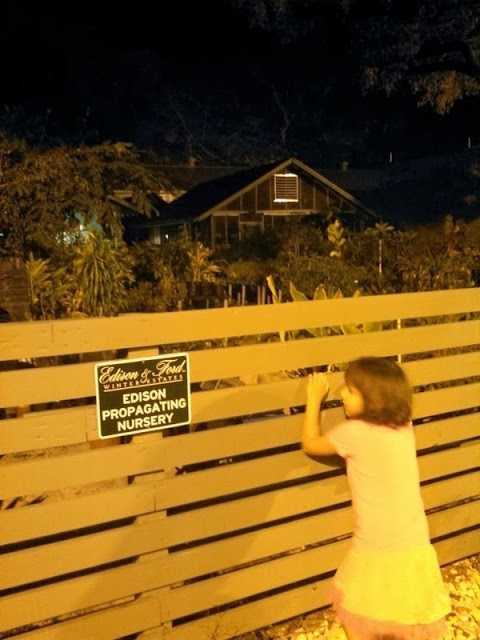 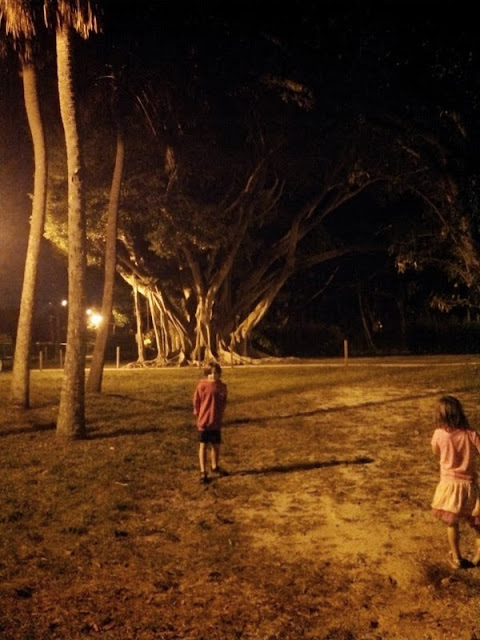 After the museum, lab, and nursery we were ready to see the Ford/Edison Estate grounds.

They were all decked out for the holidays.

About the time we peeked into the windows of Ford's living room Maeryn started acting like a duck.  For those of you familiar with this blog and with Maeryn you know that when Maeryn is tired, she shows it by transforming into one animal or another.  This was the duck's first appearance.

It is a quacker.  A LOUD quacker.

And so we decided it was time to wrap things up.

We did venture past Edison's study (an out building), the caretaker's house, and the outdoor swimming pool (complete with pump system designed by Edison), but the duck wasn't allowing a whole lot of lingering for photographs.

Jonah did get to read all about Edison's motor design and water pumping system while the duck and I trotted around the Caretaker's House.

On the way back to the car I asked the duck to help Mommy out, and stop quacking for awhile so that we could cross the street back to the museum parking area safely.  She complied.  She also helped me to find the car without any quacking.

Once safely in the car the duck re-emerged briefly to let us all know that Maeryn was tired.  And Jonah delved into his DS game.  And Maeryn The Duck put in a Dora movie for the duration of our trek back to the campground.

We arrived around 10:30 PM to a refreshed Michael, who had the wherewithal to read a chapter of Percy Jackson to both children in their separate beds, and to help them with teethbrushing and pajamas, not necessarily in that order.
Posted by Missy at 5:00 AM