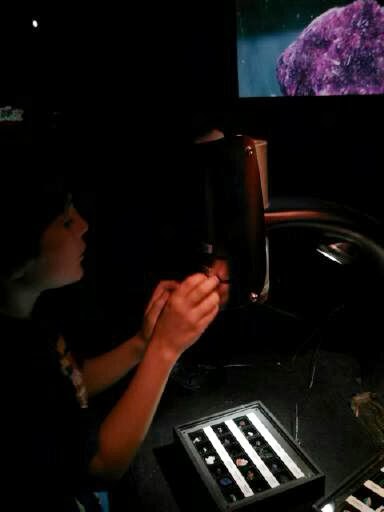 Staying near Saguaro National Park was just amazing.  We had access to a bounty of resources all about the desert, Saguaros, the Old West...  nature was abundant, and people were everywhere who were eager to answer questions for curious kids and offer explanations for expanding minds.

Jonah and I visited the Arizona Sonora Desert Museum.  I wasn't expecting much.  I figured it would be a relatively boring place with information on various cacti species and guidebooks to gemstones and mining.  I couldn't have been more wrong.

The Desert Museum is a zoo, botanical garden, aquarium, aviary, science center, and more.  Set mostly outdoors, tourists walk through the actual desert as they learn about its many species of plants and animals, its history, its caves, and its people. 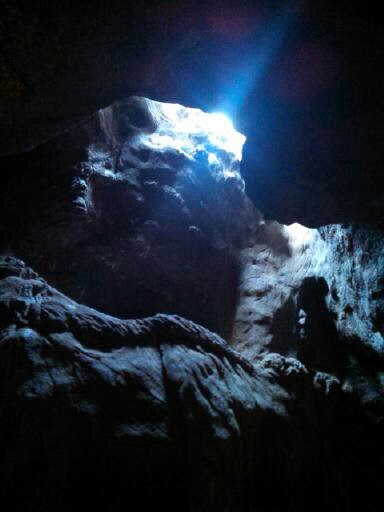 One of the most exciting parts of the museum was the cave exploration center.  We traveled through a cave replica (with some actual rock formations included) and saw examples of all sorts of mine-able gemstones.  These were behind glass, but displayed in a manner consistent with an actual cave, as though the gems were seeping right out of the walls.  Behind glass, we saw cave spiders, bats, and blind fish with the flip of an accessible light switch. 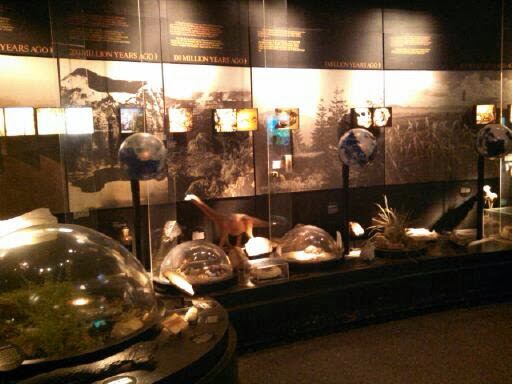 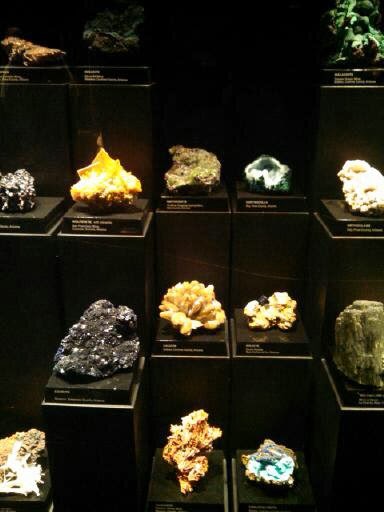 At the end of the cave, we entered a room depicting the ancient history of the Sonoran Desert, beginning with the formation of the earth.  The entire desert used to be ocean and swampland, with plenty of dinosaurs!  Through a door, we discovered an entire room filled with rocks and minerals found in the area and a microscope (picture at the top of this entry) where Jonah was able to look more closely at several different crystals and stones. 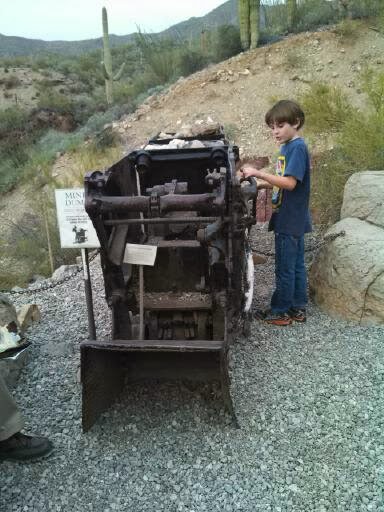 Outside, we saw old mining equipment used in this area not so long ago.  Behind Jonah and this machine, you can see some rocks in a pile (a hill) - this used to be a huge swamp.  A few prominent dinosaur skeletons were found here. 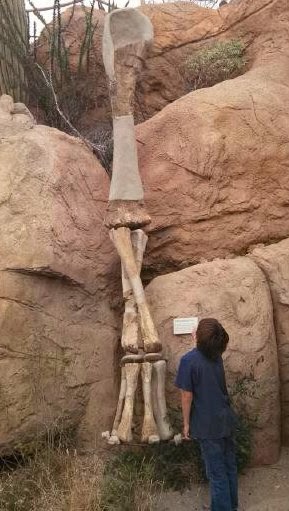 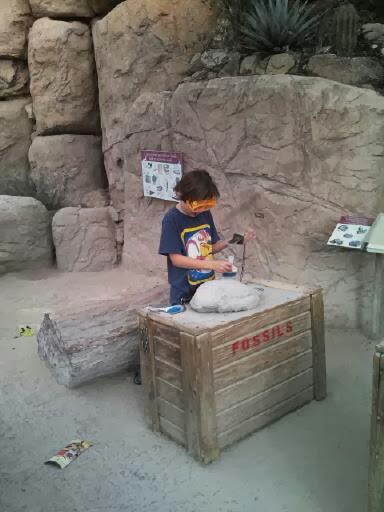 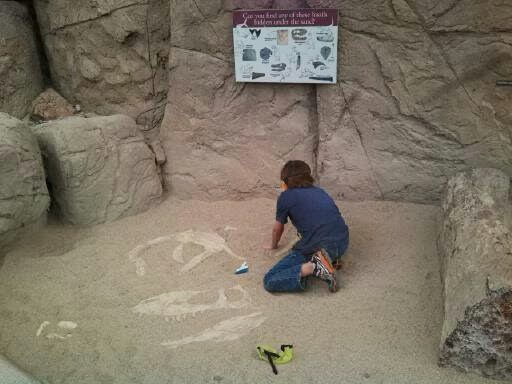 They had a great place for budding paleontologists to try their hands. 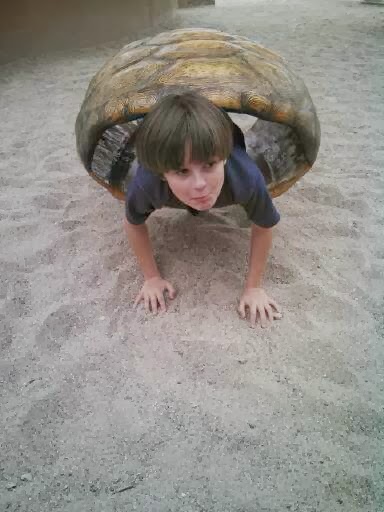 We saw mountain lions, giant tortoises, several species of deer, Mexican wolves, coyotes, mountain goats, prairie dogs, otters, and a friendly beaver along the desert path through the outdoor portions of the museum.  The mountain lion was so close to the glass we could have reached out and pulled his tail - though I don't think that would have been met with a lot of positive enthusiasm from the lion... 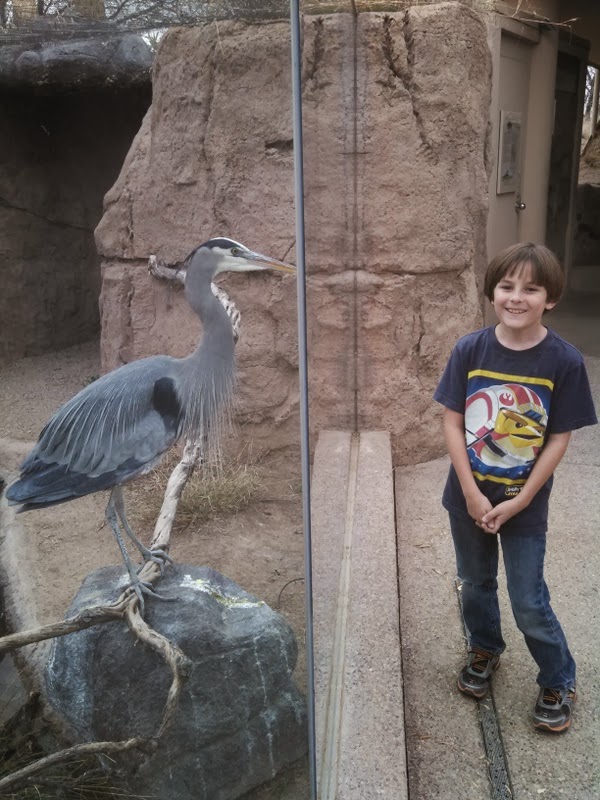 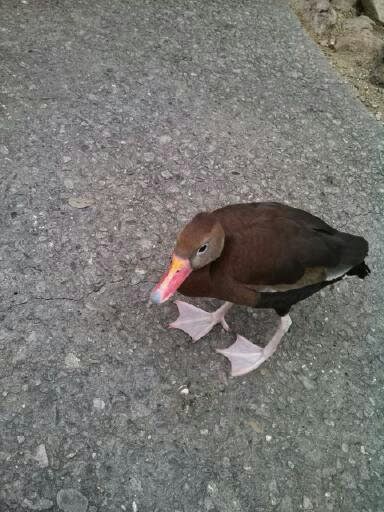 The duck in the photo above was inside one of several aviaries on the property.  There was also an aviary especially for hummingbirds - they zoomed in and out, up and down, and close to our faces. 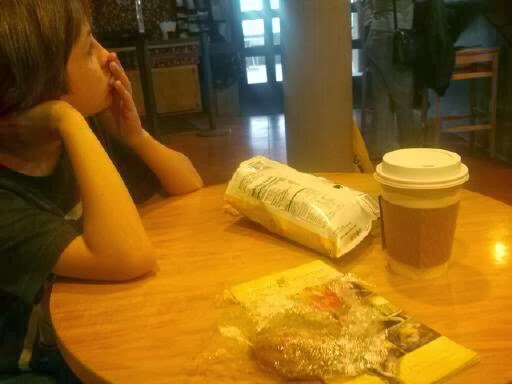 At the end of the day, we chilled out in the cafe with cookies, chips, and coffee (for the Mama).  There was an extensive gift shop with all kinds of goodies.  We didn't get anything, but it was fun to browse!