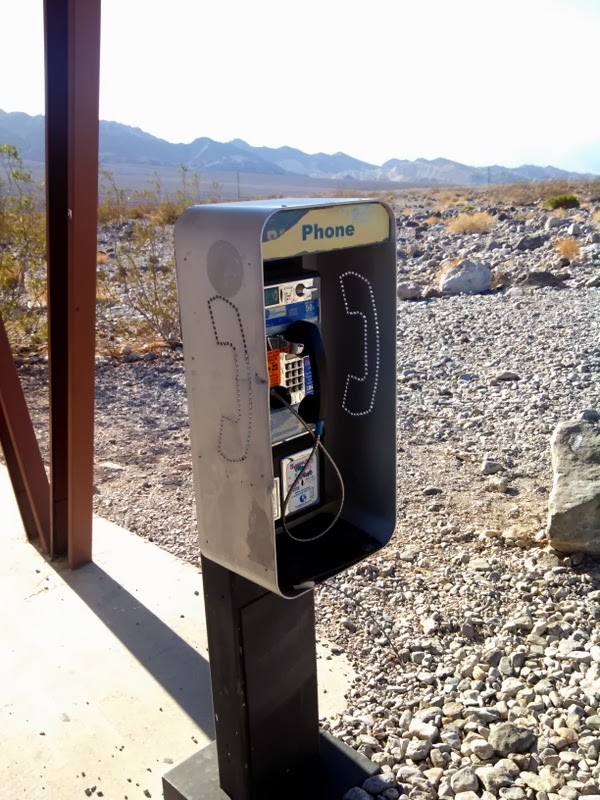 It sounds so ominous: Death Valley. 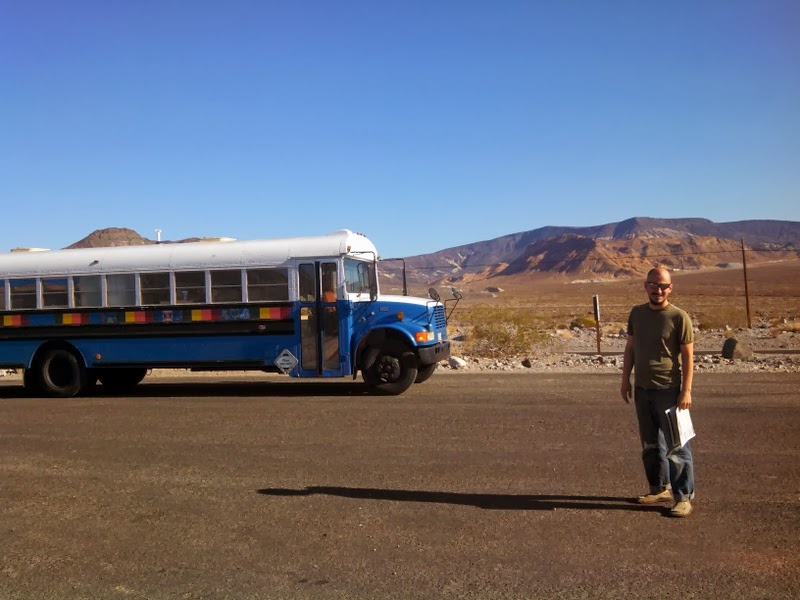 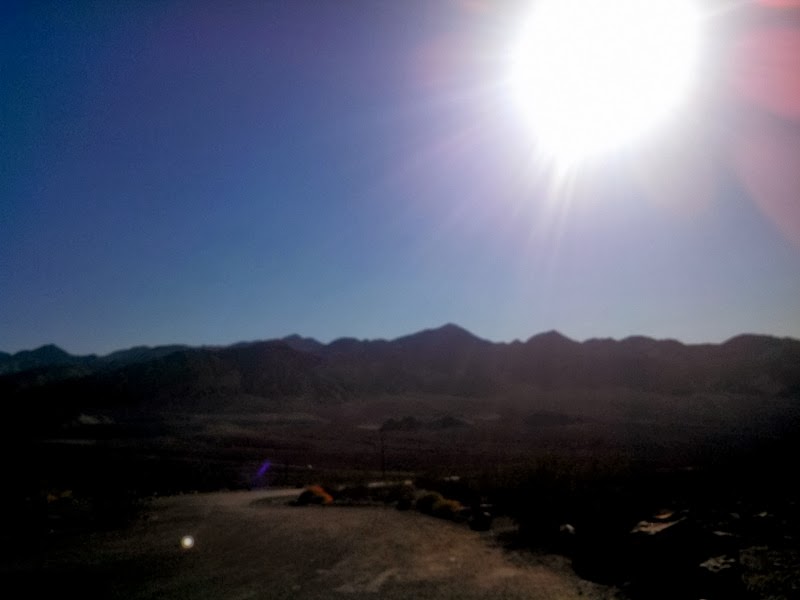 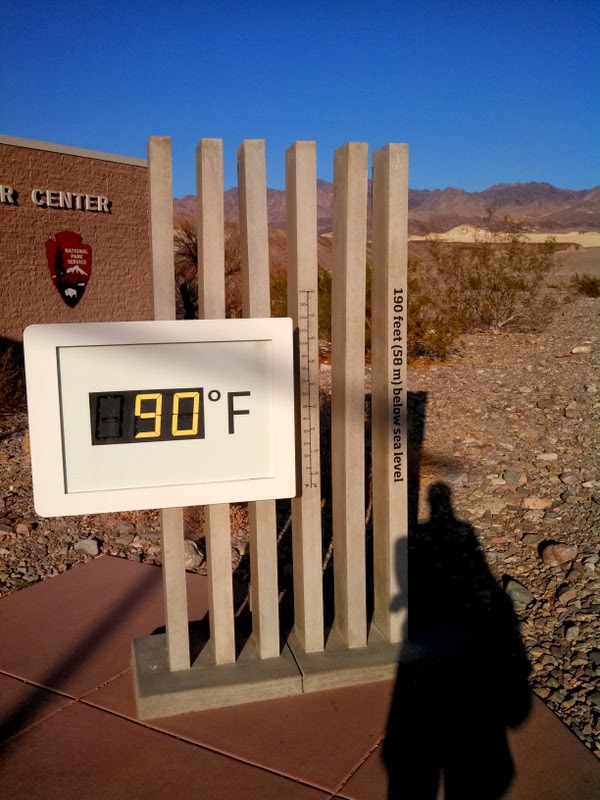 When I pictured this place I thought of cartoons with characters crawling on their hands and knees, out of sweat, and seeing mirages of lakes shimmering in the distance, then disappointed with handfuls of rocks and sand.

Death Valley is a desert - but when I looked at it, I didn't think of dying.  I thought of reasons to be alive.

The Valley and surrounding areas looked as though God decided to break out the pastel set for the day, and dabble through all of the colors.

From the ninety degree valley floor we could see snow capped mountains and signs for the closest ski resort.

The Visitor's Center itself was so much fun we spent two hours there.

We watched the park film and learned about the The Timbisha Shoshone Tribe - Native peoples of the Valley, who hate the name "Death", and have only recently been able to relocate back to their homeland.  We checked out the interactive park maps on touch-screen computers and reached out to touch mounted bighorn sheep. 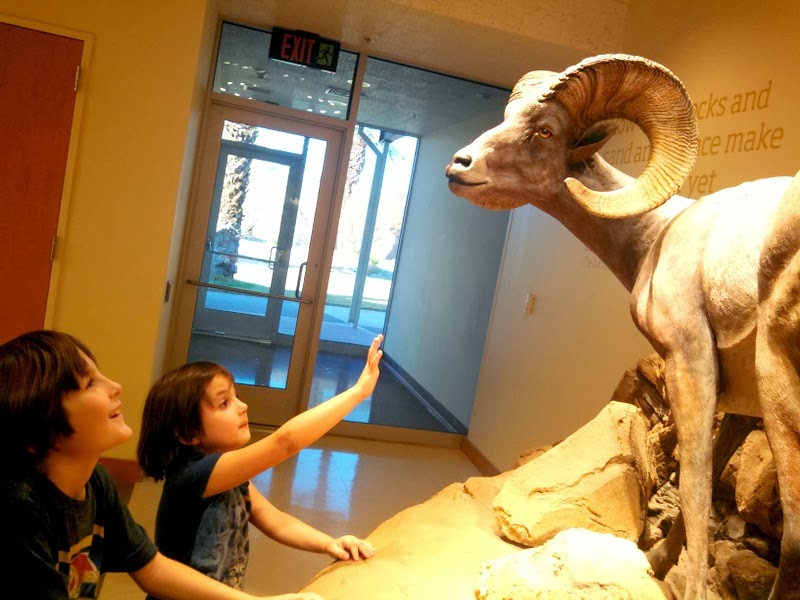 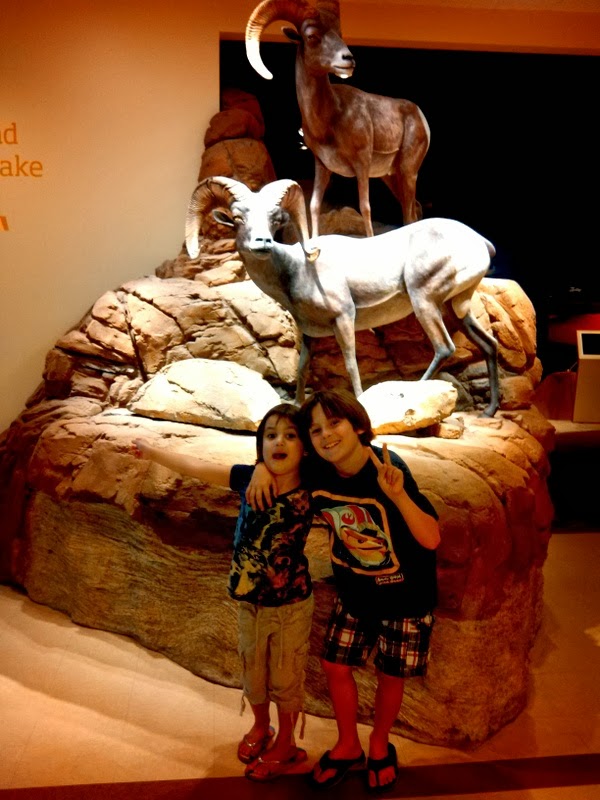 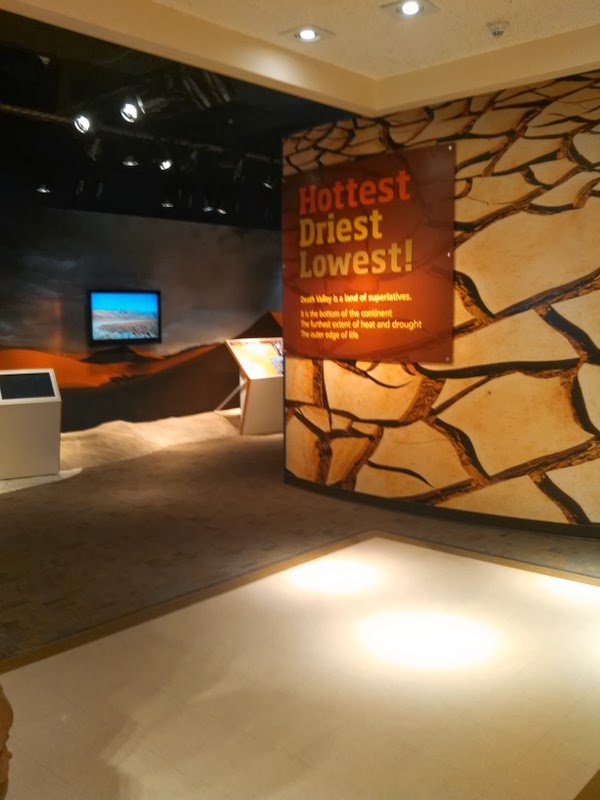 We also learned about the water situation in the desert, and better ways to conserve it.

After setting up camp inside the park (no hook-ups, so basically boondocking with a fee), we went exploring on the "scenic drive" and to Badwater Basin. 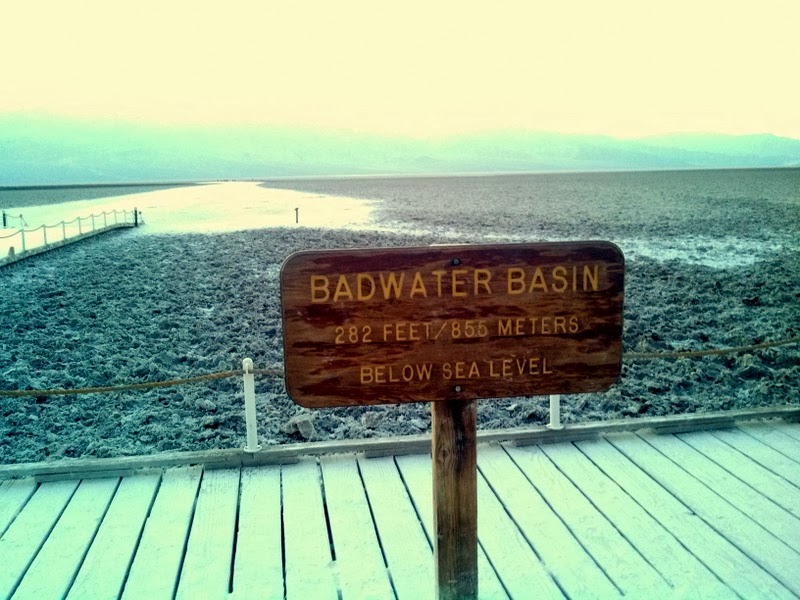 The salt flats of Badwater should have been stark and grotesque if at all beautiful, but instead they felt warm and inviting, like coming home. 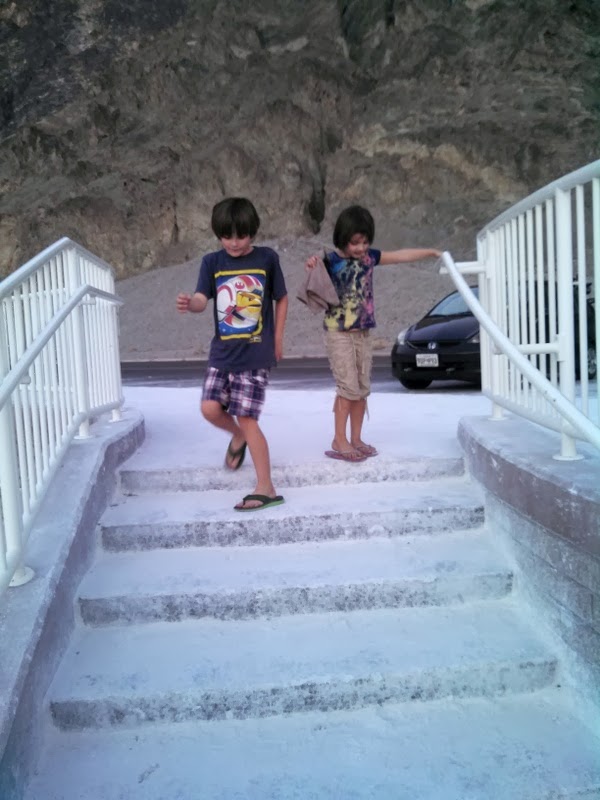 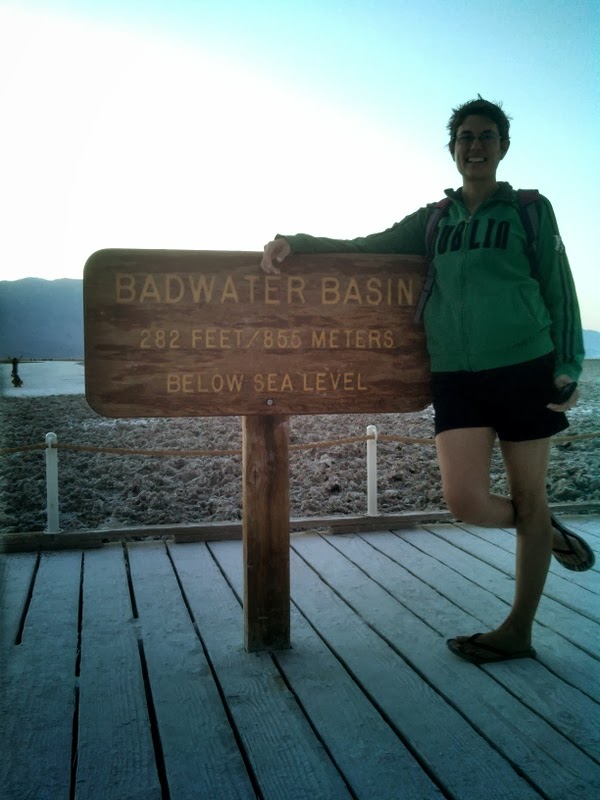 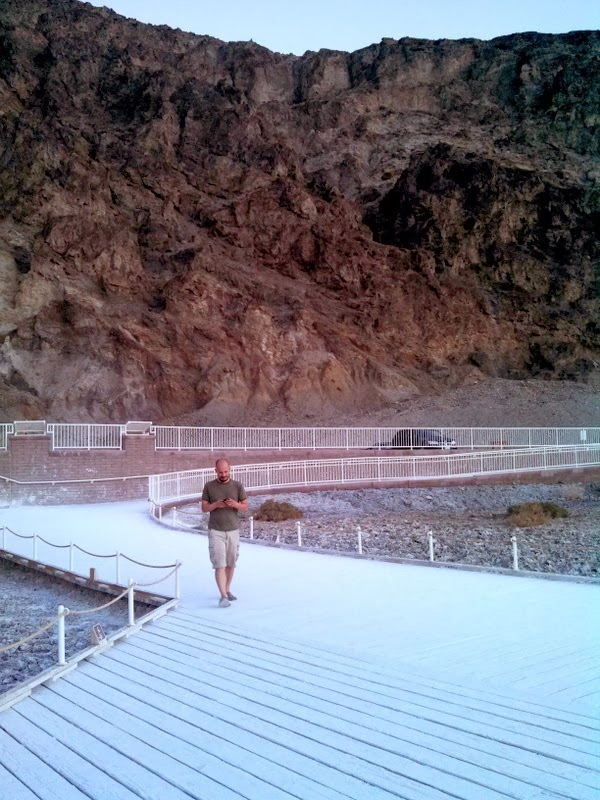 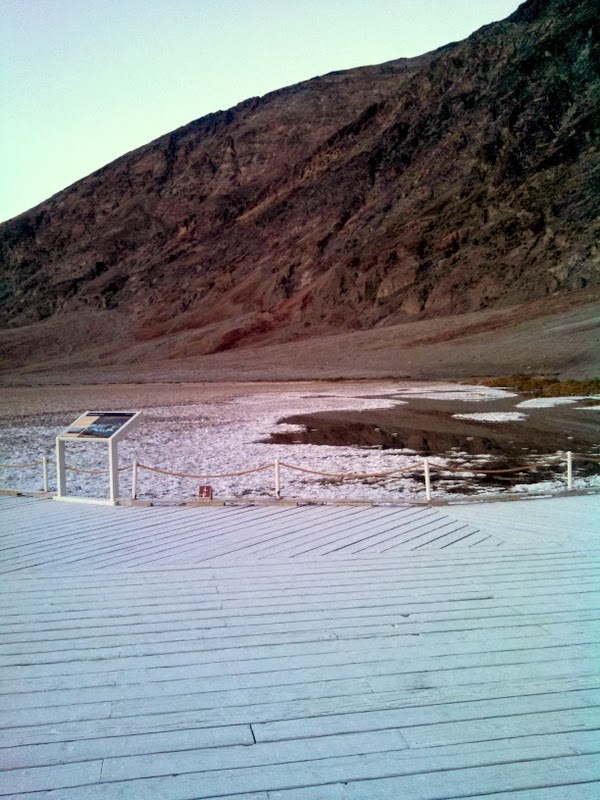 We spent the evening touching, basking, and running along the salty earth. 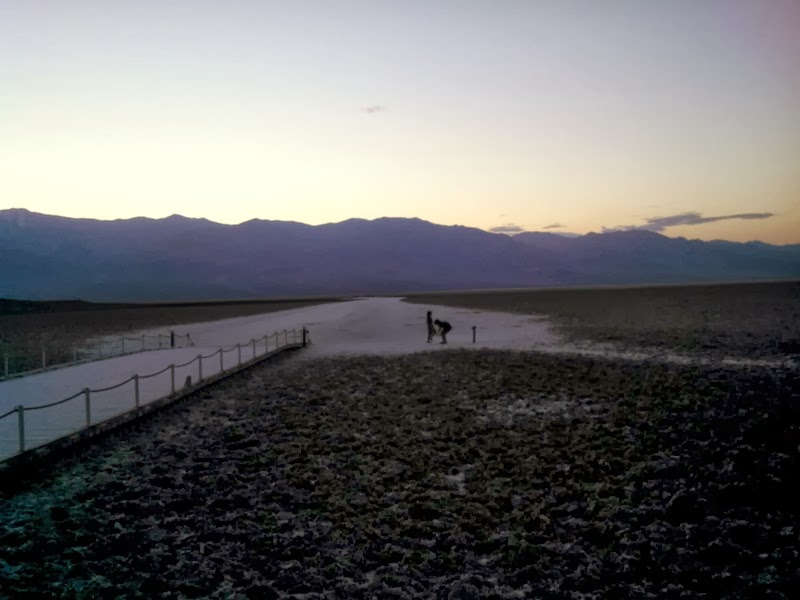 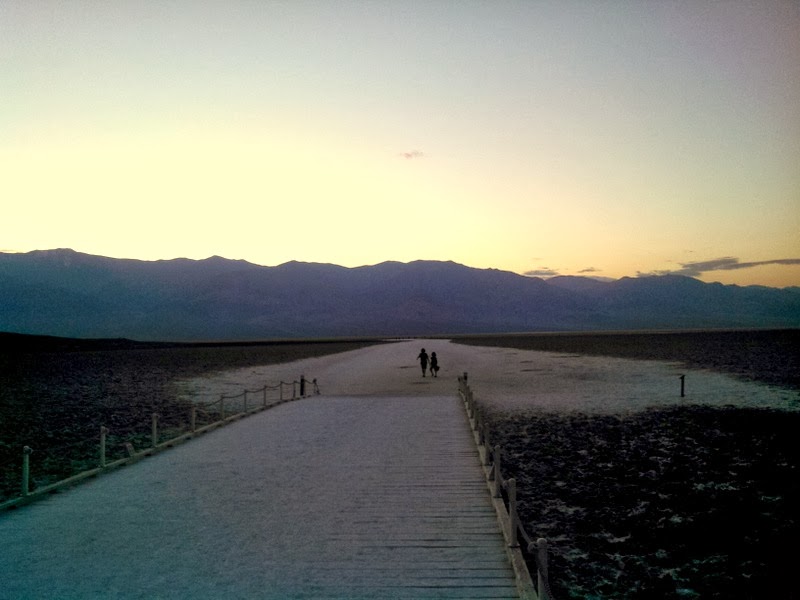 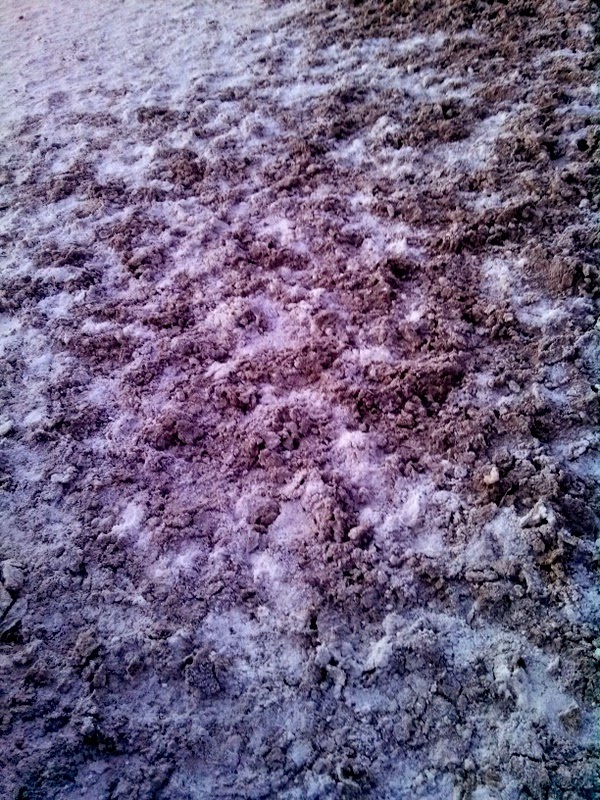 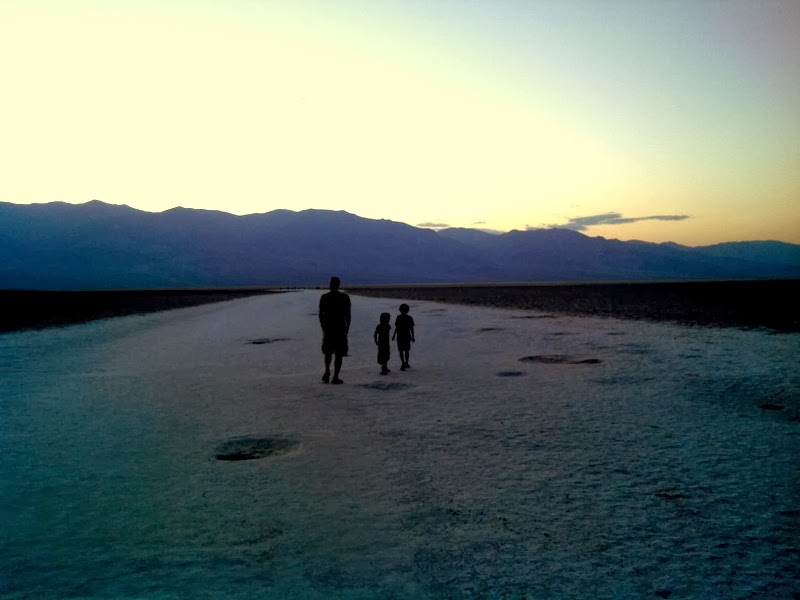 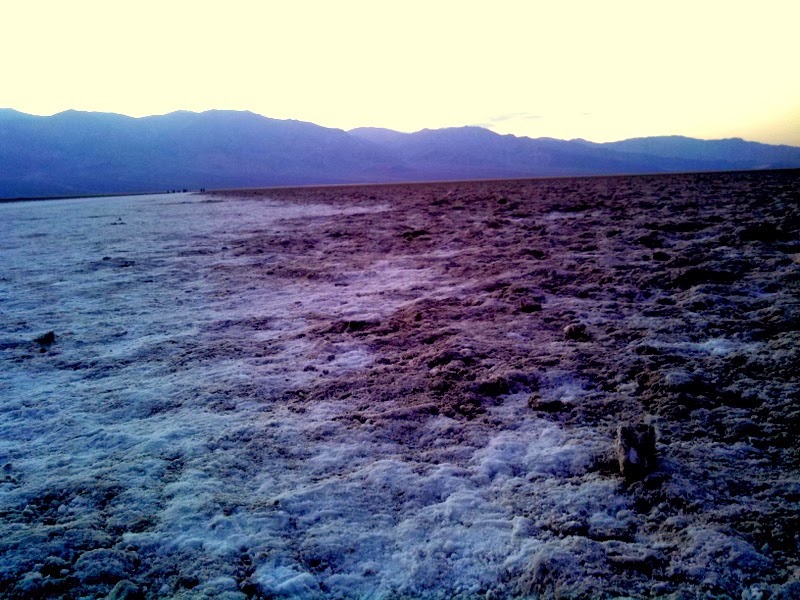 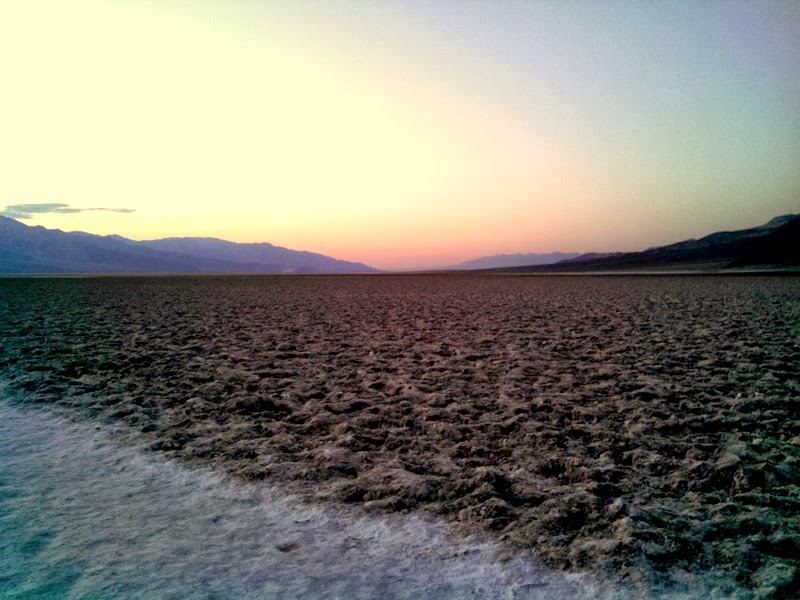 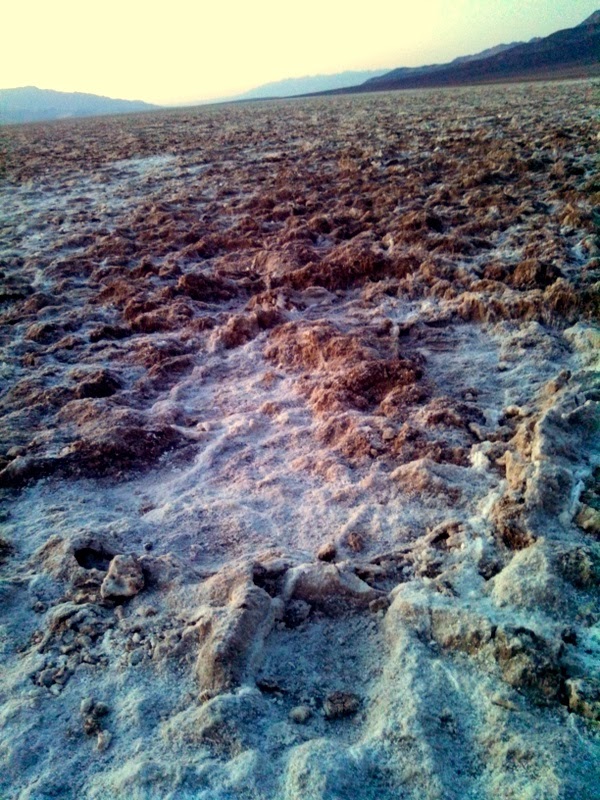 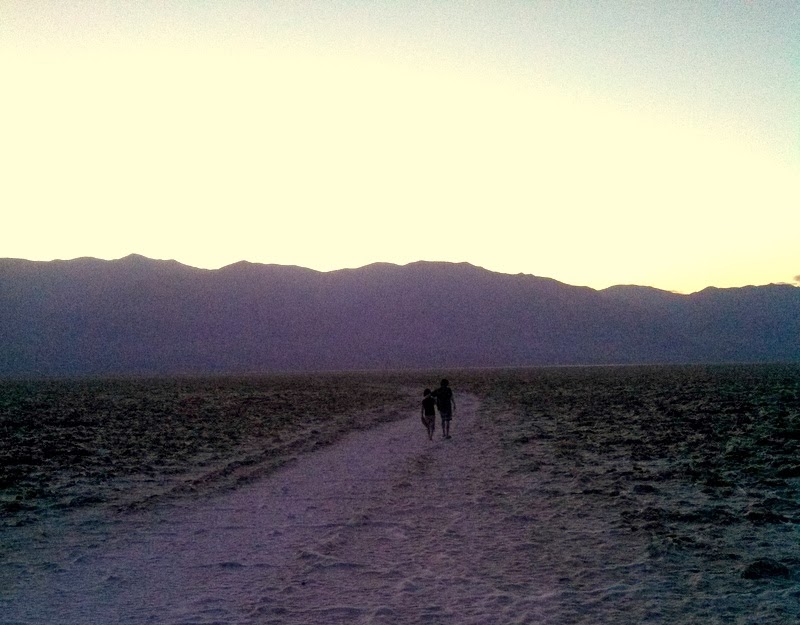 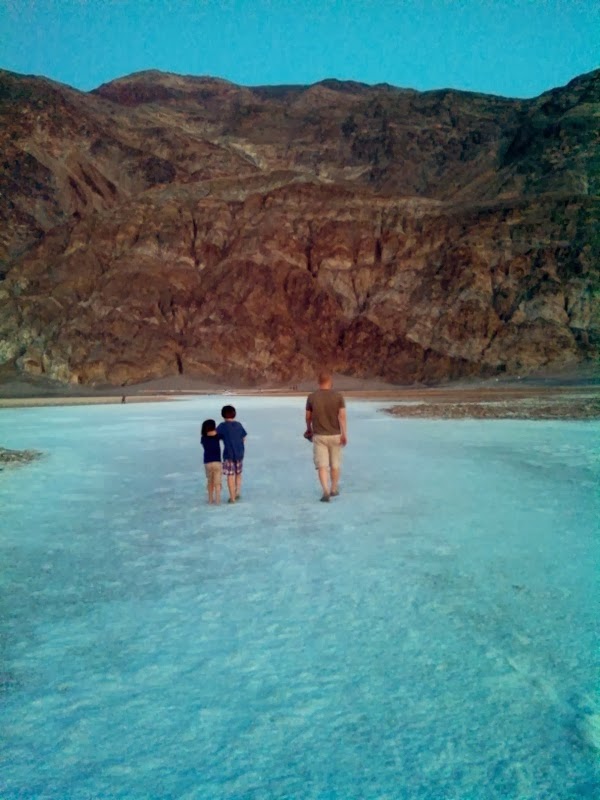 As the stars and Milky Way spilled out over the black velvet sky, we sauntered back to Sally and to the bus for the night. 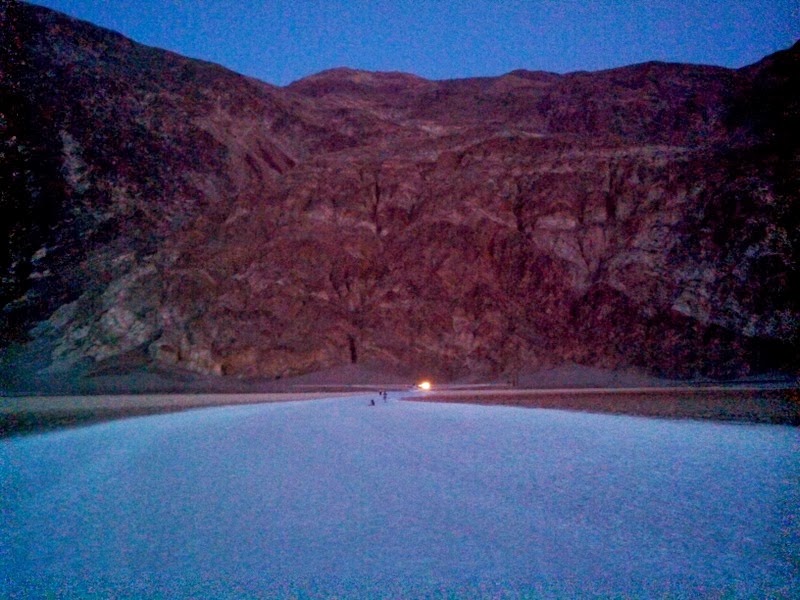 Upon return, we broke out some blankets and bags of potato chips, then climbed to the top of Billy to take in the one of the least polluted night skies in the nation.