In the Absence of My Other Half: Part 3 (Missy) 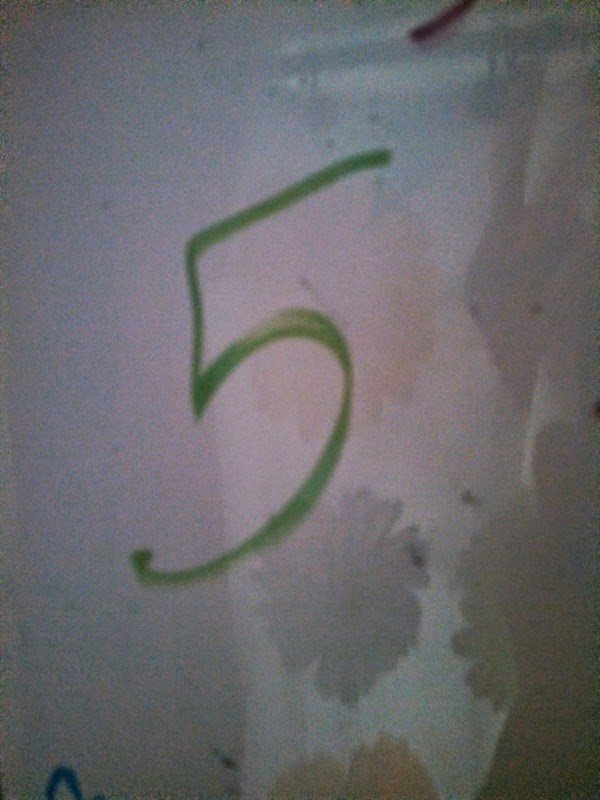 I planned a big excursion for today.

I programmed the GPS on my phone and packed snacks and computers and movies and music and waters and jackets and off we went.

I wasn't actually sure where I was going.  Once we got to the mountain GPS didn't really matter much because most of the roads were closed.  I remembered from reading about the park online that there were a few places to do the lava crawls, so I tried to follow the signs to what I thought would be right and accessible.

There were cars in the parking lot when we got there.  Score! 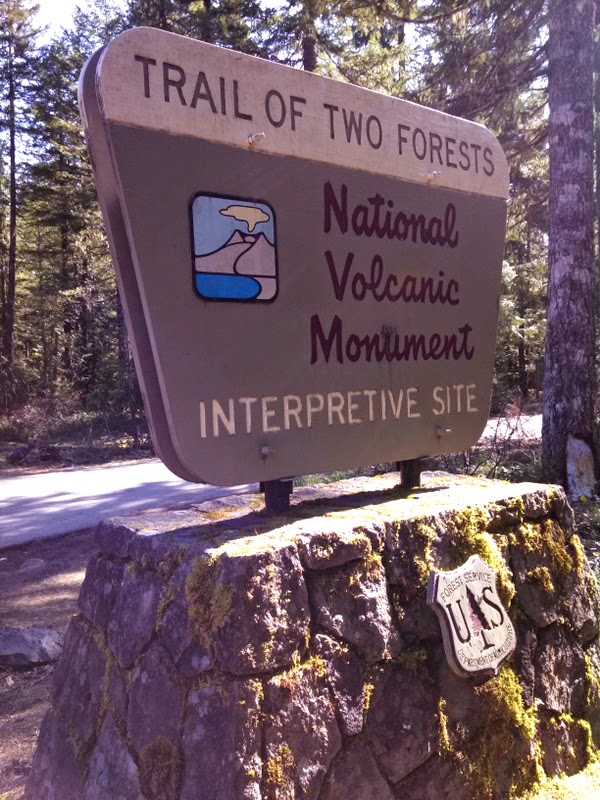 We walked a very cool 1/4 mile trail that took us down the path a flow of lava took down the mountain. 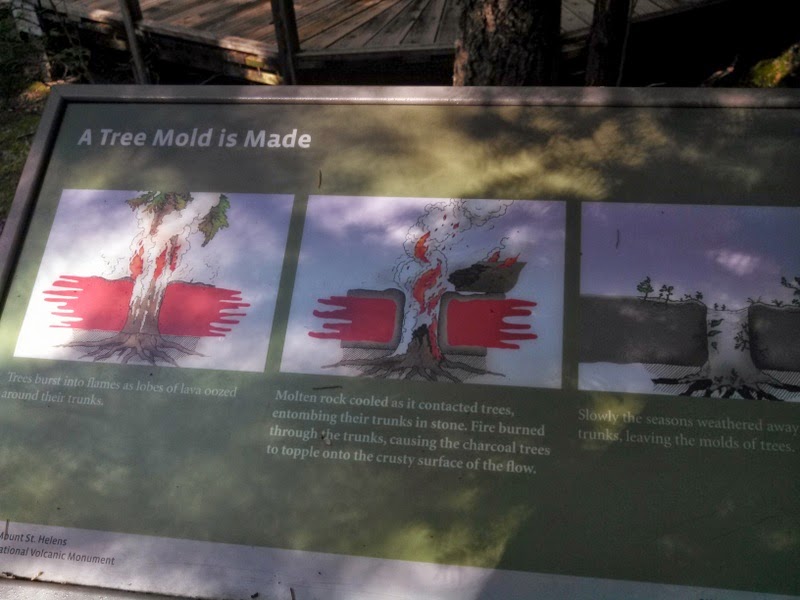 After crawling into the tree mold and checking out the lava tube, we finished the path and thought we might try and check out Ape Cave, which was just a few minutes walk up the road (closed to automobiles for the winter). 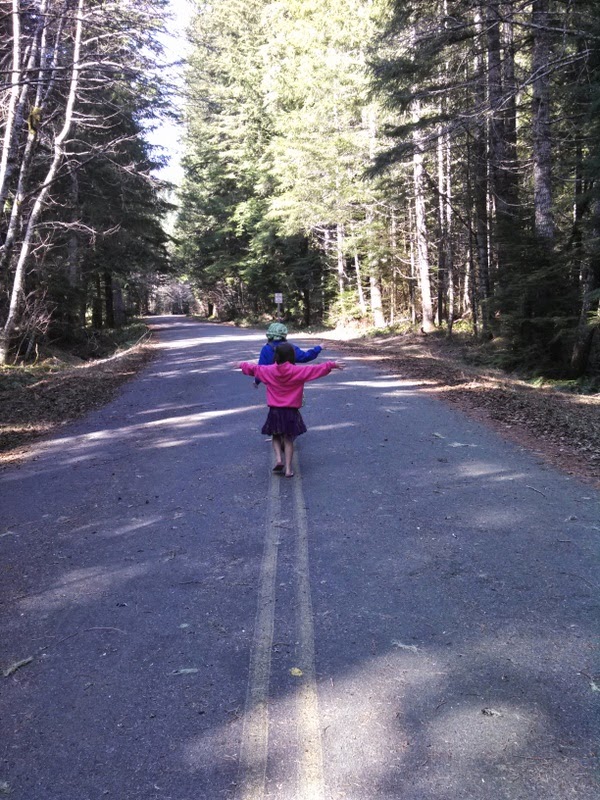 Maeryn got too tired to walk before we got to the cave.

It wasn't all that important for Jonah or me, so we went ahead and turned back. 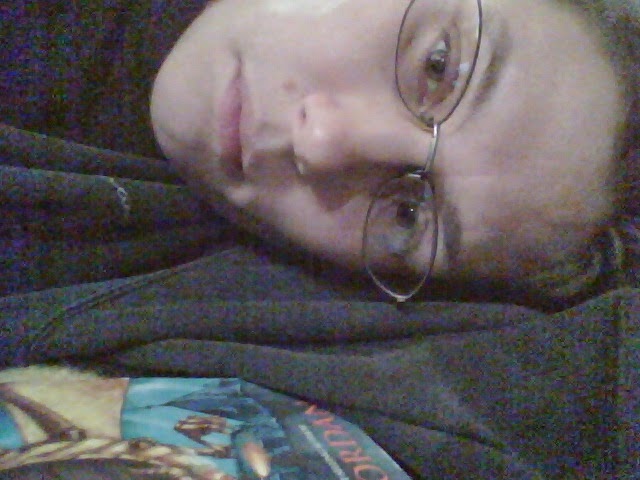 I tried to perk up.

We read Inkheart until almost midnight.

When my voice got tired the kids went out to the kitchen and made me a cup of tea so we could read more.

And then we crashed.

We decided on more Mt. Saint Helens awesomeness for the morning. 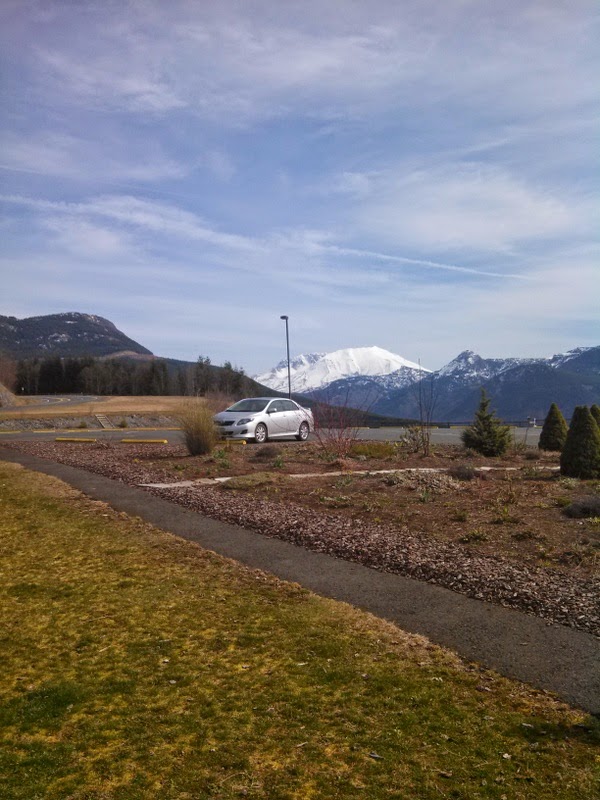 We got up relatively early and headed for the mountain.

This time we hoped to go to an overlook so we could get a good view of the volcano itself.

All of the visitor's centers owned by the National Park Service were closed.

But...  there was a private center opened with a gift shop, postcards, and a playground!  So we stopped.

You can see the mountain in the picture above, in the distance. 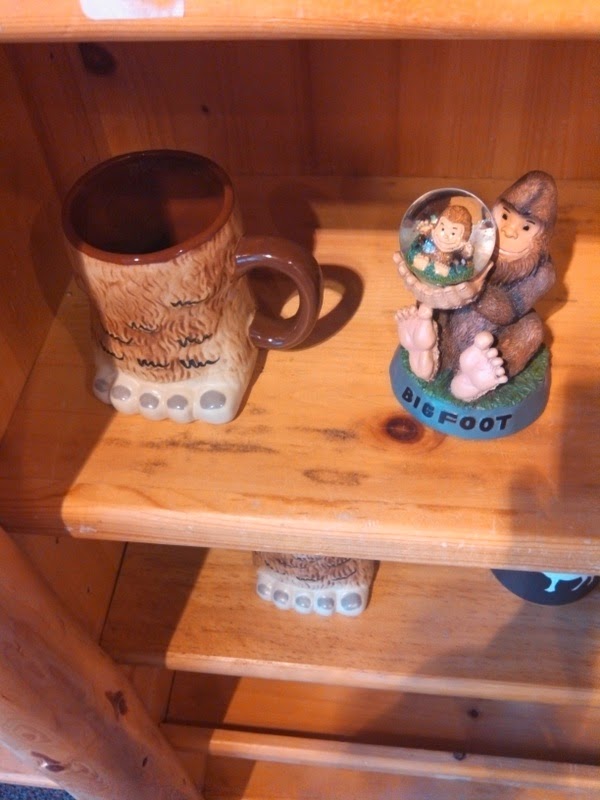 My mom told Maeryn to let her know if she saw Bigfoot while we were out west.  We found him in the gift shop!

I sent Mom the above picture.

The playground was pretty neat. 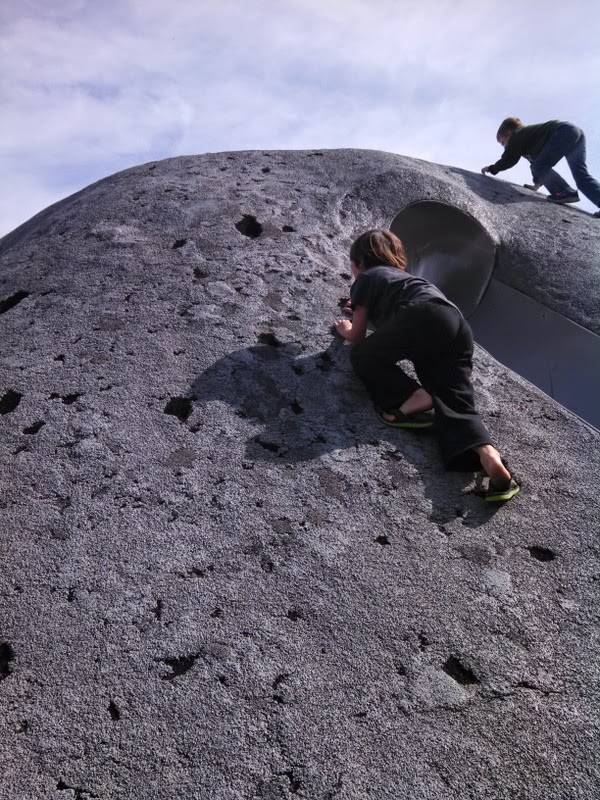 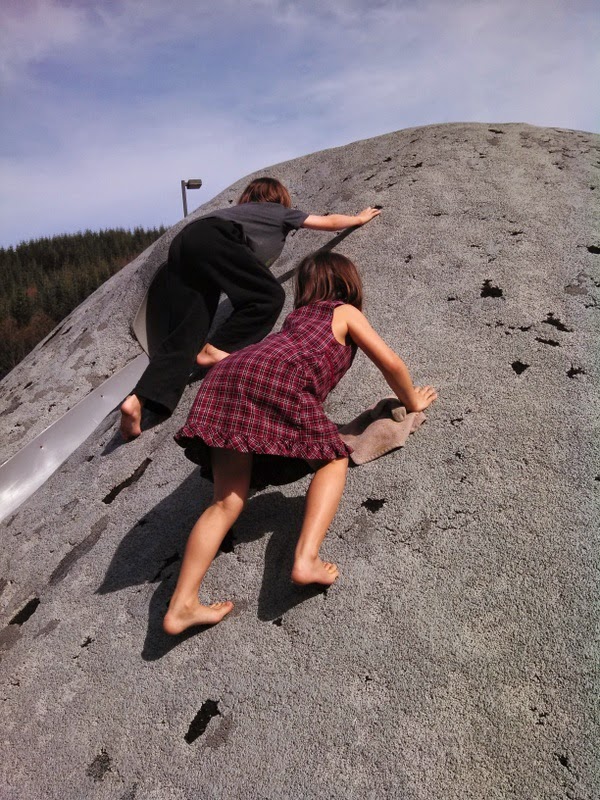 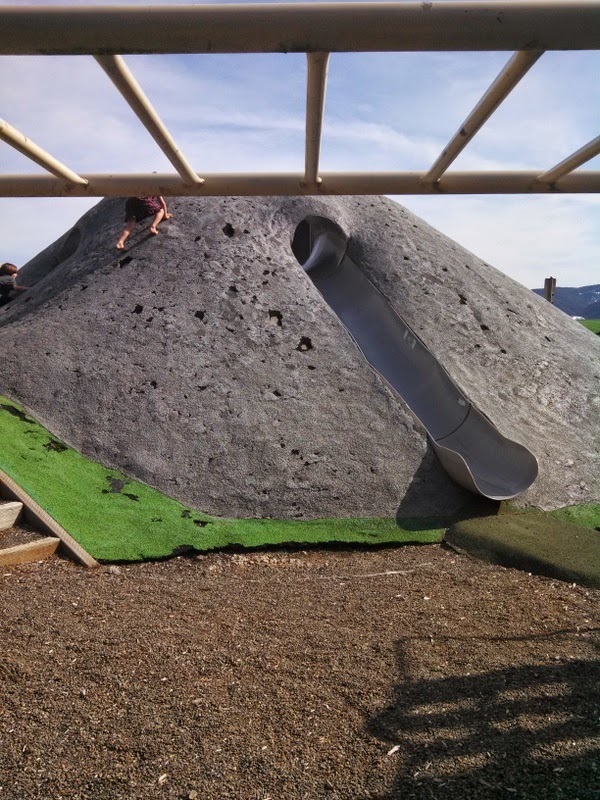 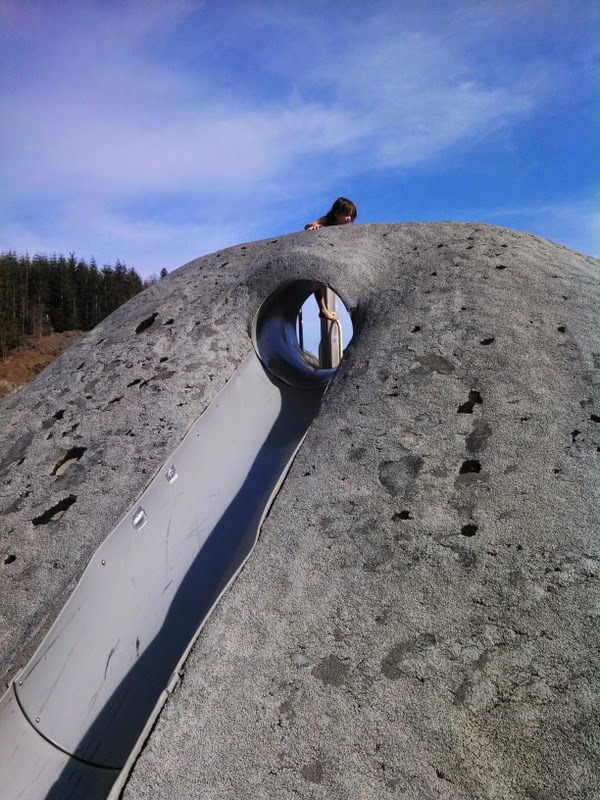 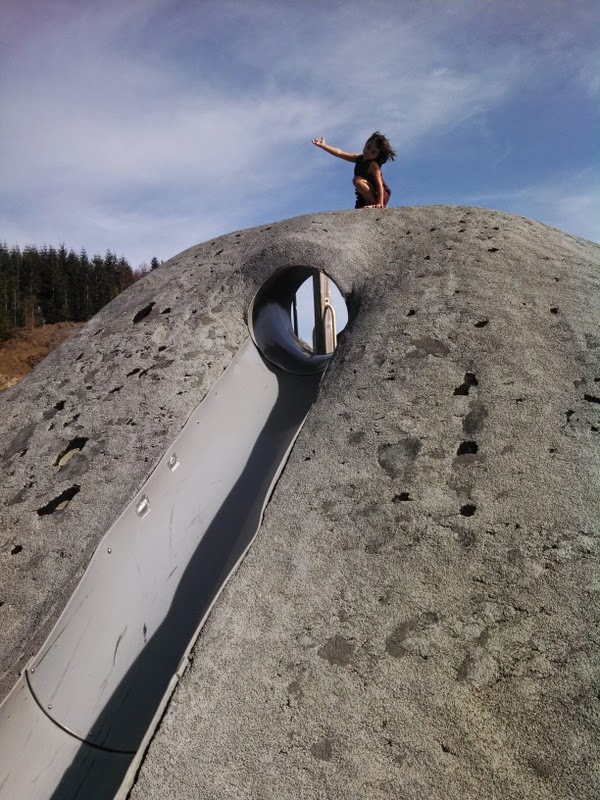 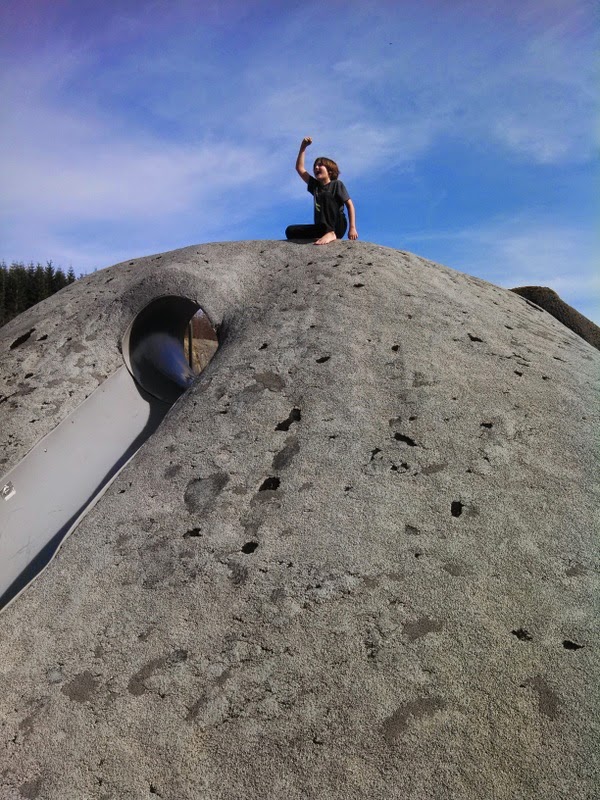 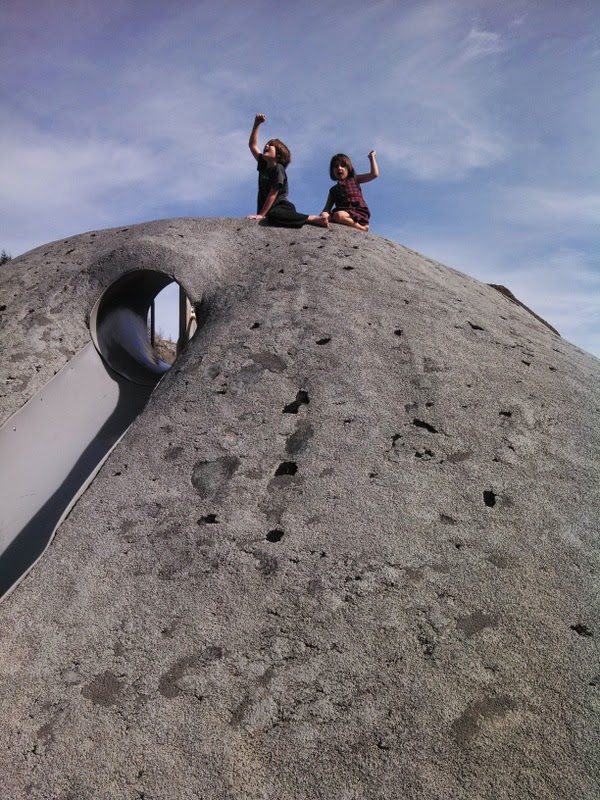 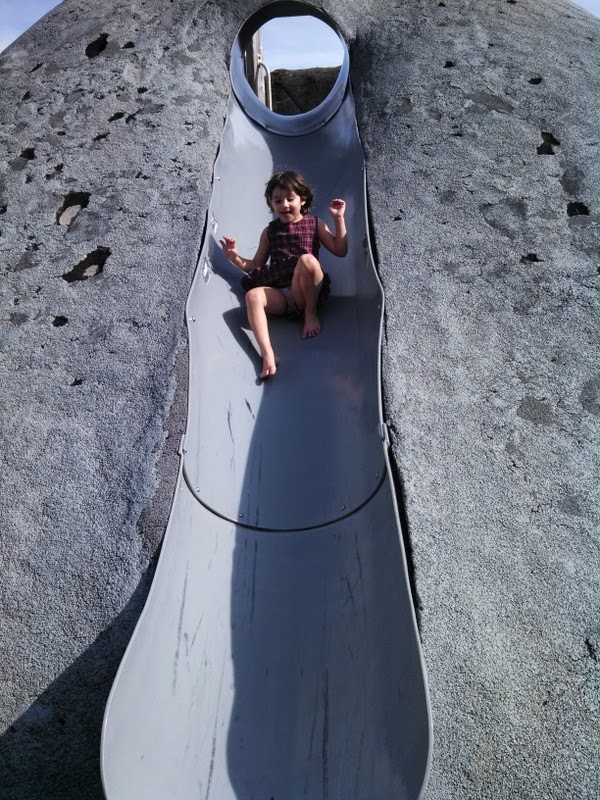 It took all I had to convince the kids to keep going to we could get to the lookout before dark.

Maeryn really wanted to hike the trail next to the visitor's center. 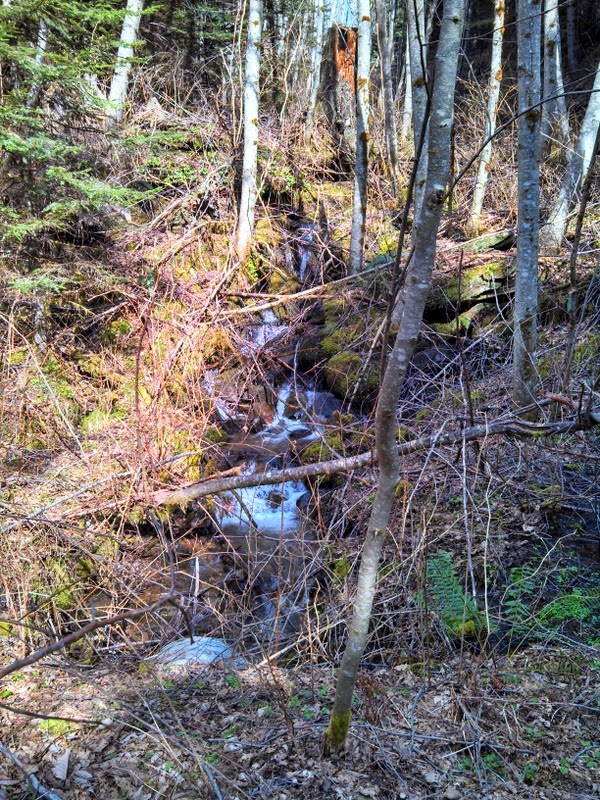 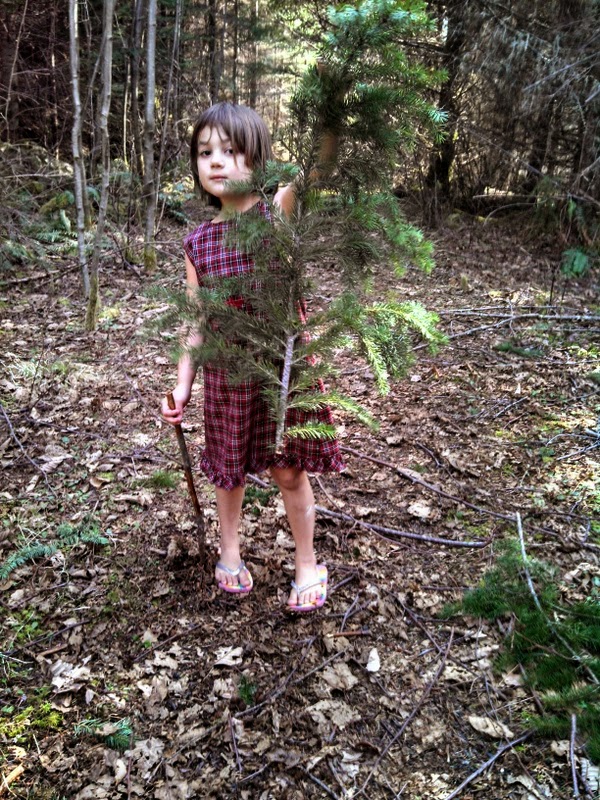 We piled back into the car invigorated and ready for the look out. 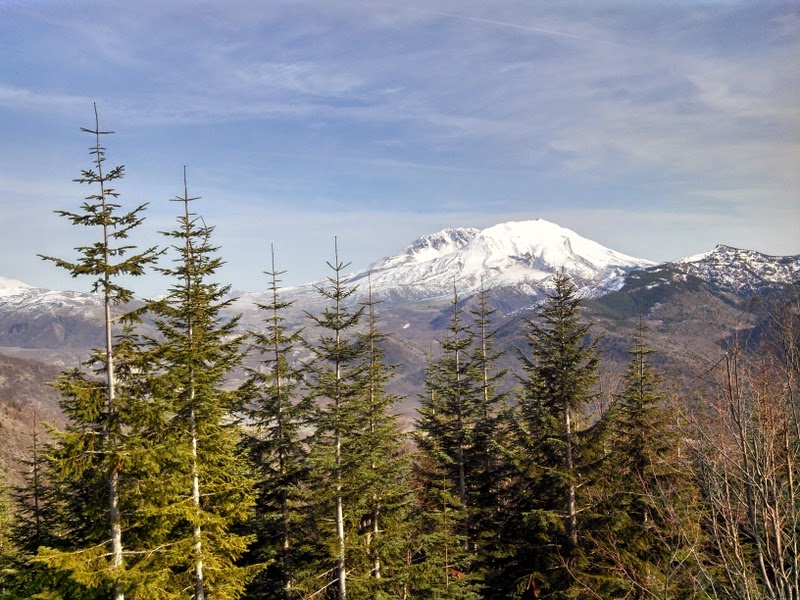 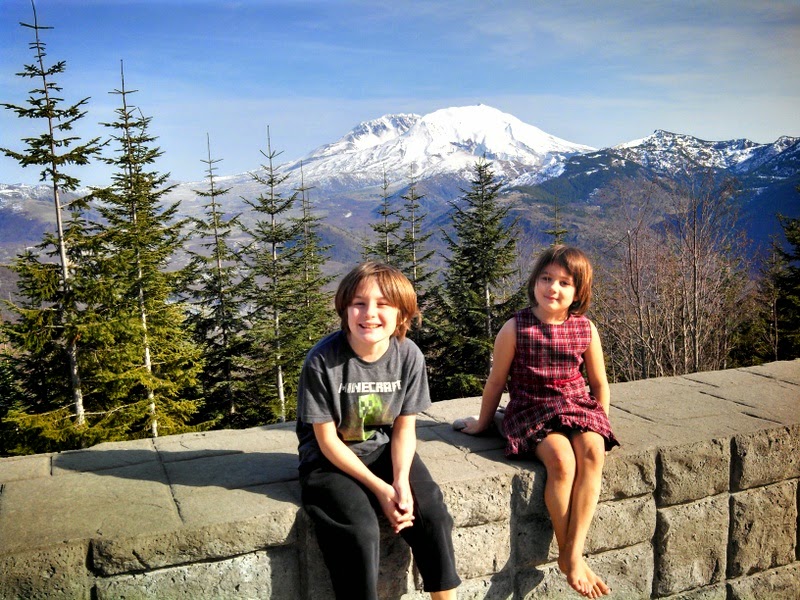 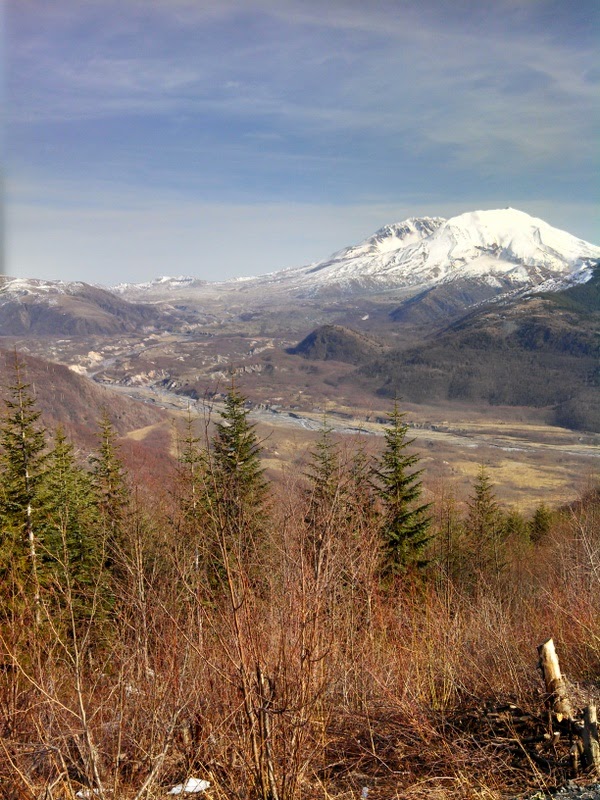 We stayed for about twenty minutes, just taking it in.

I tried to keep Maeryn from climbing over the wall and falling to her death.

When we left, we were all hungry and I needed to stop for gas.  I decided to do gas and dinner in nearby Toledo.  I'd seen a kitchy looking local place on the way in, along with two gas stations.

As we drove toward town, we saw a man hitchhiking along the side of the road.

It's dangerous to pick up hitchhikers.

The guy was walking alone with a huge hiking pack and guitar strapped to his back.

When I sped past him, he looked disappointed and sad.

So I pulled over about a hundred feet in front of him.

He smiled for a minute and then looked around, unsure as to what he should do.

I got out of the car, opened the hatchback, and asked him where he was headed.

"Hoping for a ride into Toledo," he said, "but I'll go as far as you can take me that direction."

I moved my backpack and he helped me load it into the back.  He sat in the passenger's seat and introduced himself as Ray.  We shook hands.  He said hi to the kids.  They said hi back.

He told me his story.

He was a musician who had been in a band in Pennsylvania with his son.  They were getting good play there, gigging a lot, and making a name for themselves locally.  His son was seventeen.  His wife left shortly after his son was born.  They planned on moving to L.A. and sent some of their stuff there to wait for them.  After the shipment and changing hands with insurance, their apartment and studio burned to the ground.  They lost everything, and their insurance wouldn't cover the damages.

Not knowing what else to do, and unable to rebuild alone, Ray tied up loose ends in PA, sold everything he had left, bought a laptop and iPhone with chargers and packed all his worldly possessions onto his back.  He bought a train ticket west to start over and make a new life.

He's currently homeless, but has some money, and is looking for a new job and a place to settle down.

In spite of his losses, he feels like God is with him and blessing him along the way.

He asked about our story, and I told it to him.

By the time we'd both finished talking, we were in Toledo.

He asked if he could take my picture for his blog, and said he could if I could take his for mine.

He gave me a copy of his album for free.  He planned to camp out under a tarp for the night and watch Netflix, then meet up with some friends in the morning.

I should have offered him dinner, but I felt I'd been daring enough today.

Here's Ray at the gas station where I dropped him off.  He felt a little awkward being photographed.  His pack and guitar aren't in the photo. 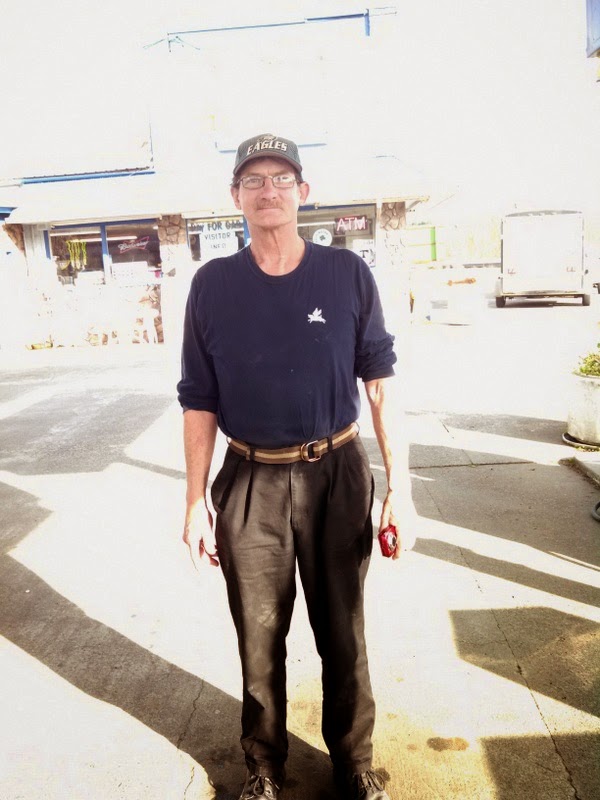 I did, after making sure he wasn't a mass murderer.

He's just a guy trying to make his way in the world with God's help, and the help of his friends - old and new. 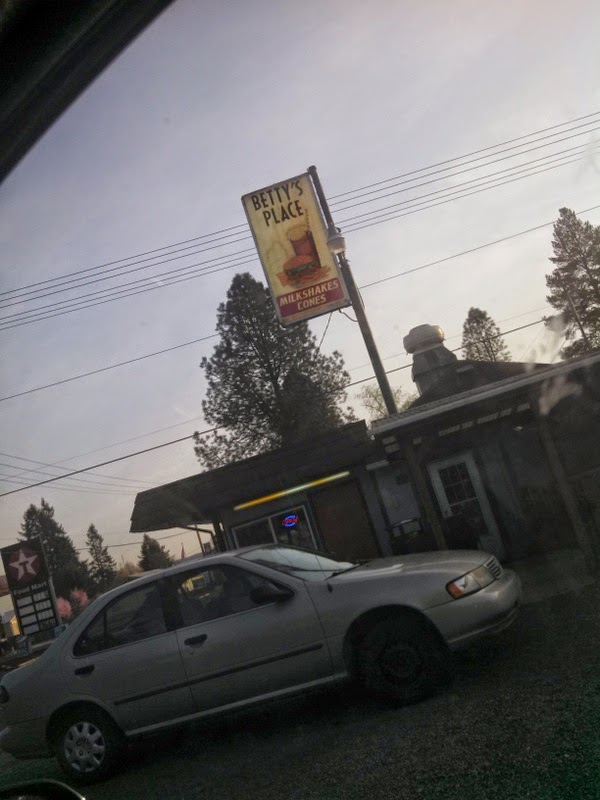 The kitchy restaurant was open, and I was happy about it.

We were all pretty hungry.

Ray hiked down the road in the opposite direction.

Here's the inside of Betty's: 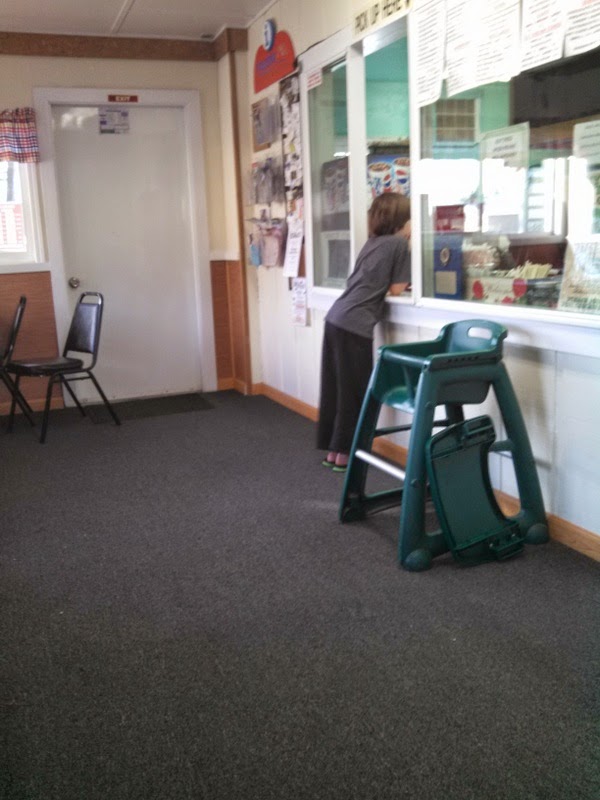 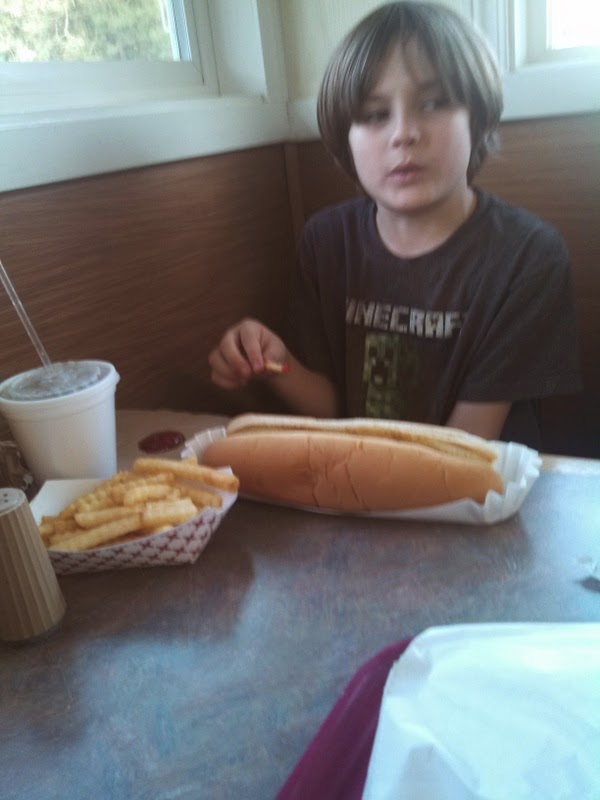 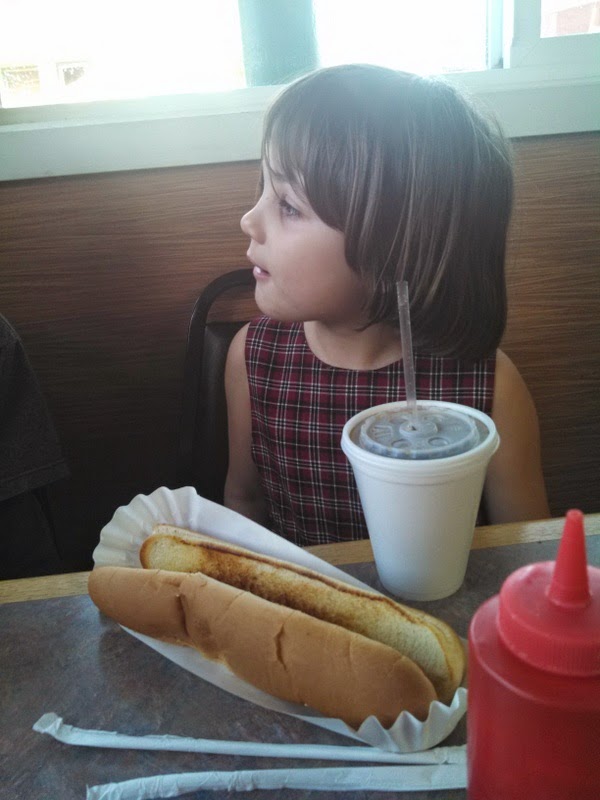 I finished my veggie burger in all of its glory.

I called Michael that night to tell him all about picking up a hitchhiker.  I thought he'd be worried about me, but he was proud. 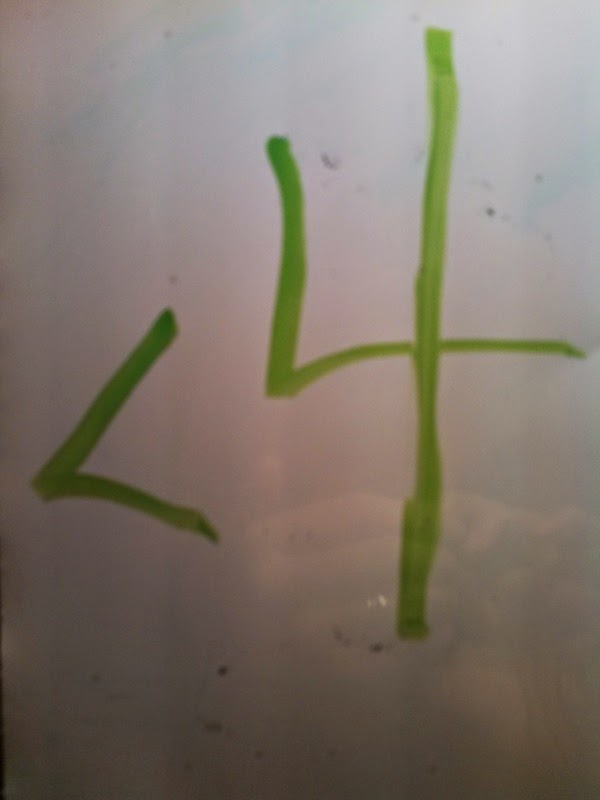