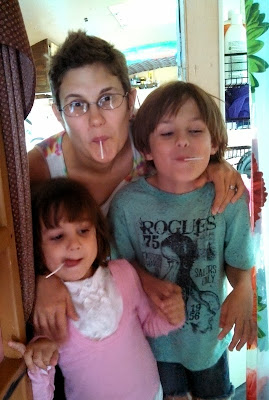 Meanwhile, Jonah was outside using Michael's hand saw and drill to make a project.  We weren't quite sure what he was working on until he came inside for a little help with the final drilling. 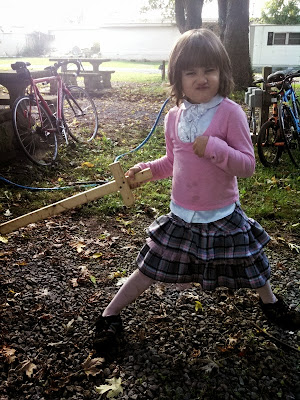 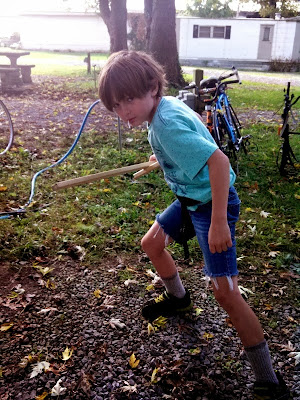 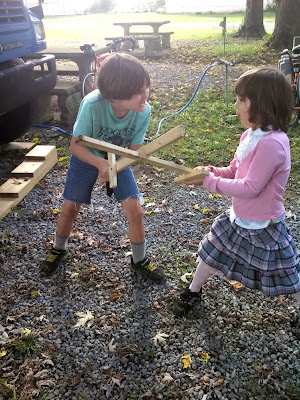 It really doesn't get much better than wooden swords.

Imaginative play with these suckers lasted for hours.  Ninja training, knight training, training with "tree dummies", cleaning of the swords, trading of the swords, sword tournaments (I lost, sadly), and video-ing the fierce battles.  All this and more - with lollypops in abundance - lasted us quite a few Danville Days.