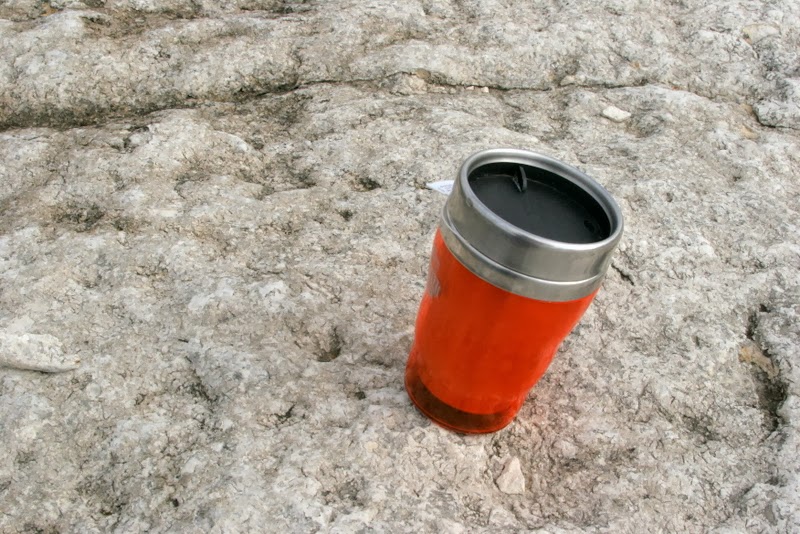 I'd been coughing off and on for about two weeks and it was starting to get annoying.

I had also not been outside by myself in about two weeks and that was annoying too.

So I decided maybe the brisk air would do me some good and clear the junk out of my lungs, and I told the fam I was going for a walk.

It turned out to be more of a hike, really.

Before I left, I gave the kids some carrots to feed the deer. 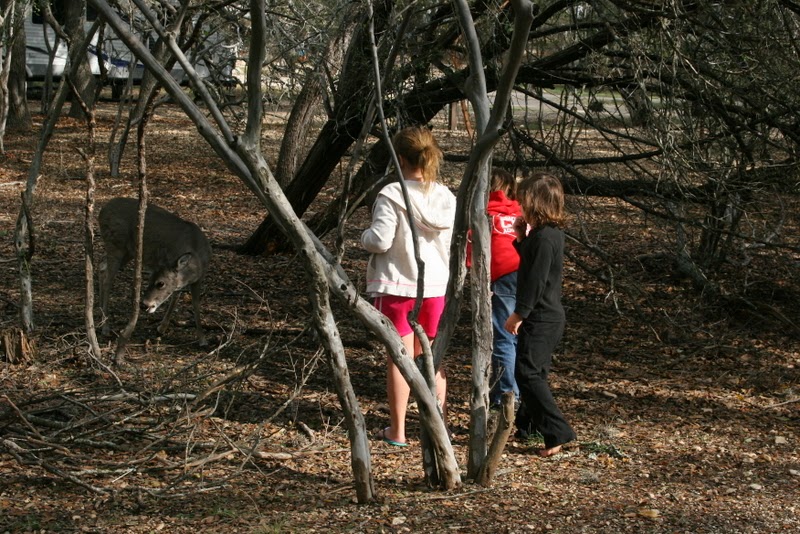 Which was really cool.  Except that it's not really cool to feed wildlife because then they become dependent on humans and things.  So I don't actually recommend this - though it was really cute while it was happening.

Maeryn was actually really sick this day.  She had a temperature of 102.  I told her she could come outside and feed the carrots but then back to bed with movies for the day.

She was cool with it.

With that, I set off alone.

I thought I'd just take a little jaunt around the campground - it was pretty big - but I ended up heeding the call of the empty lake: how could you not want to hike in that?

There was actually a dirt road through the middle of what was once the lake bottom, so I set my sights on that.

I took tea and the nice camera. 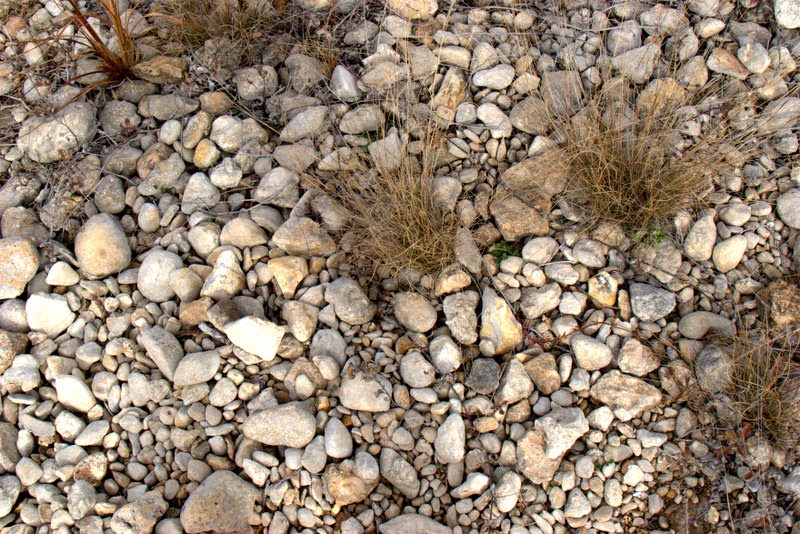 After sitting a spell I climbed down.  I used a rock to mark a blaze on the face of the cliffs so I could find my way back.

Then I traveled through the brambles to the dirt road at the bottom of the lake bed. 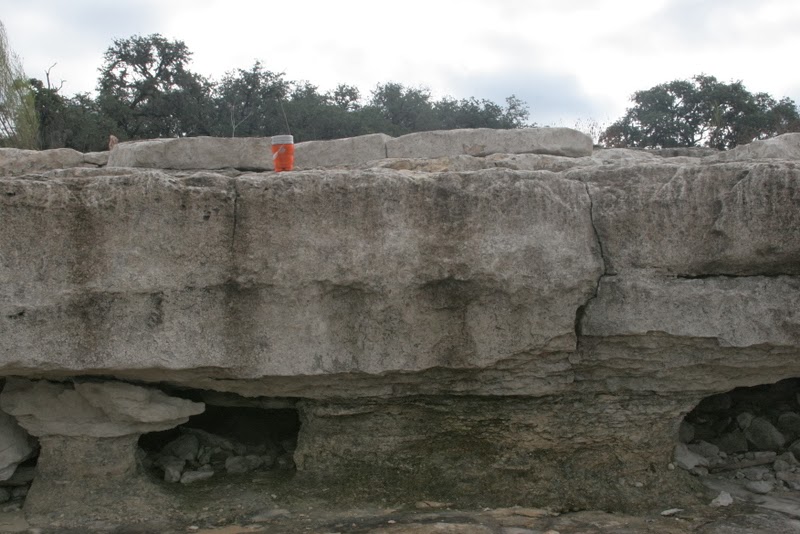 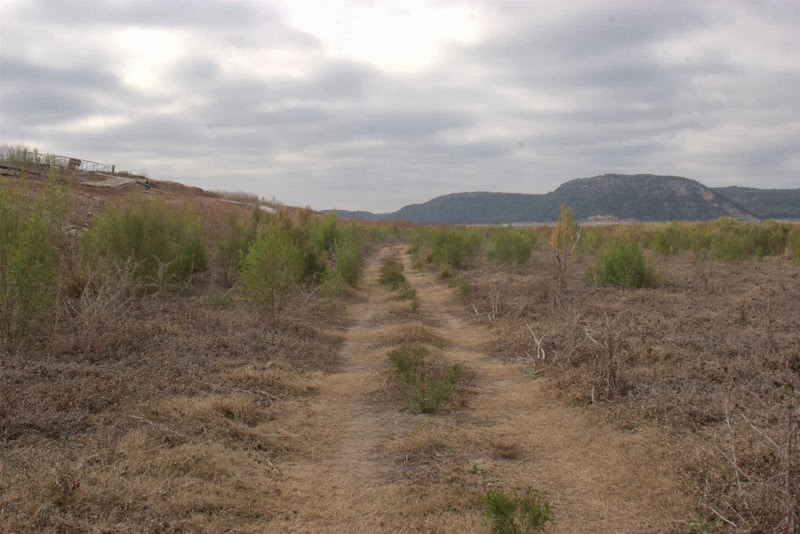 I decided I'd like to walk to one end of the lake.  I was a little to the left of the middle, if you were standing looking down off the "banks".

I saw some cool things: 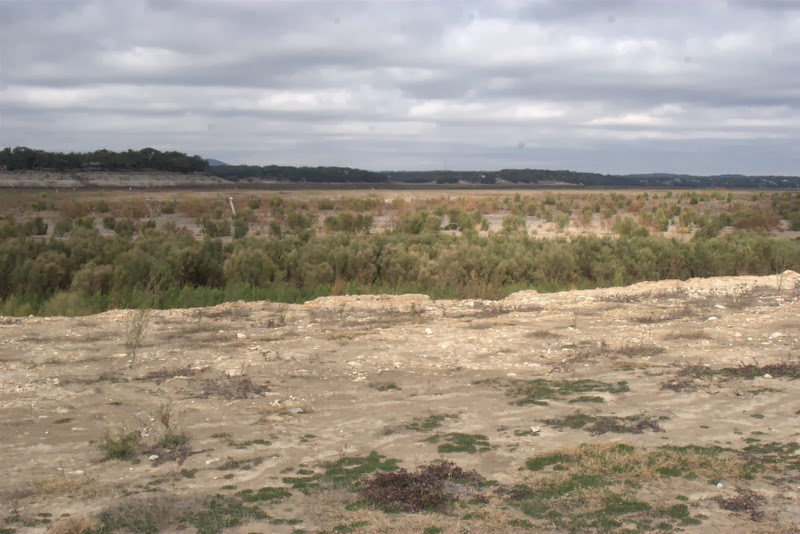 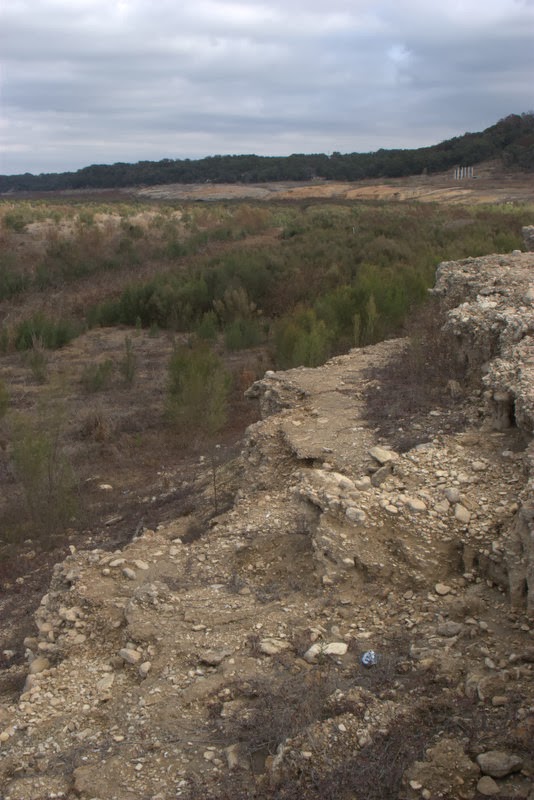 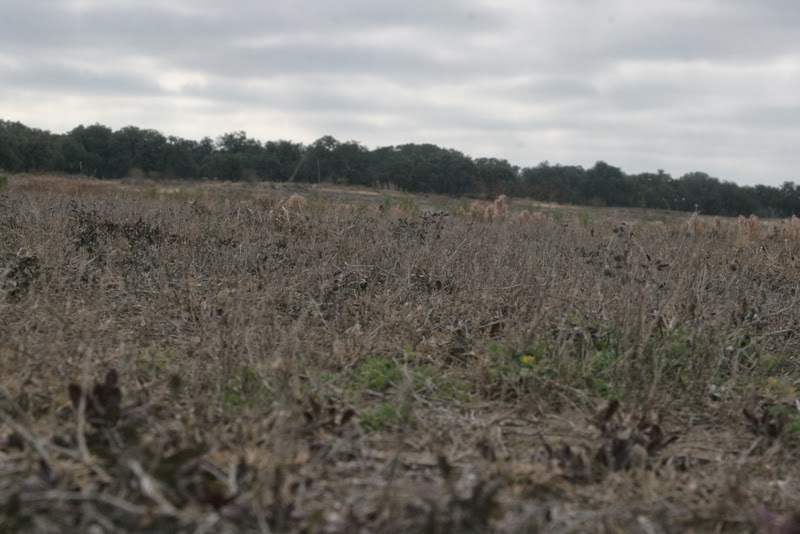 I also met some people off-roading in their Jeep Cherokee.

And finished my tea.

I hiked until it was obvious I was coming up on private property.  I could tell because there were a bunch of abandoned docks hanging down from the cliff tops.

Then I turned back for home.

And took this picture so you could see the road. 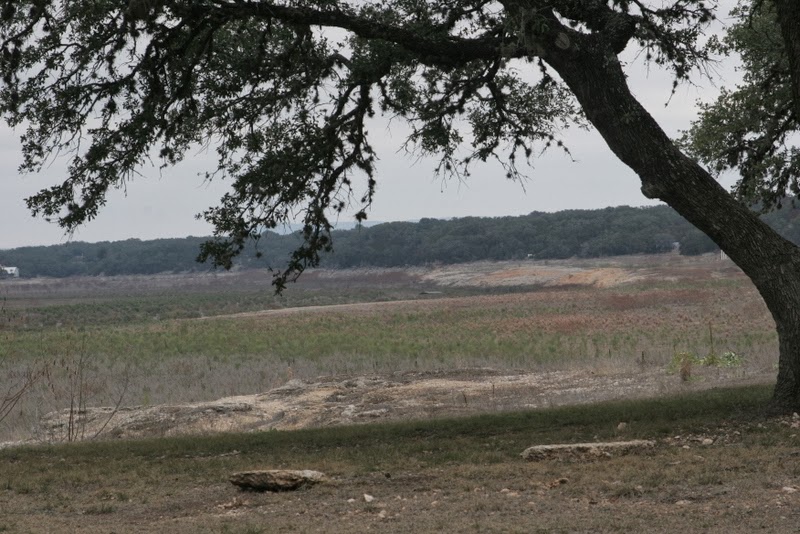 It's the slight rise near the center of the picture where there's no grass.

You can also see the edge of the lake near the right.