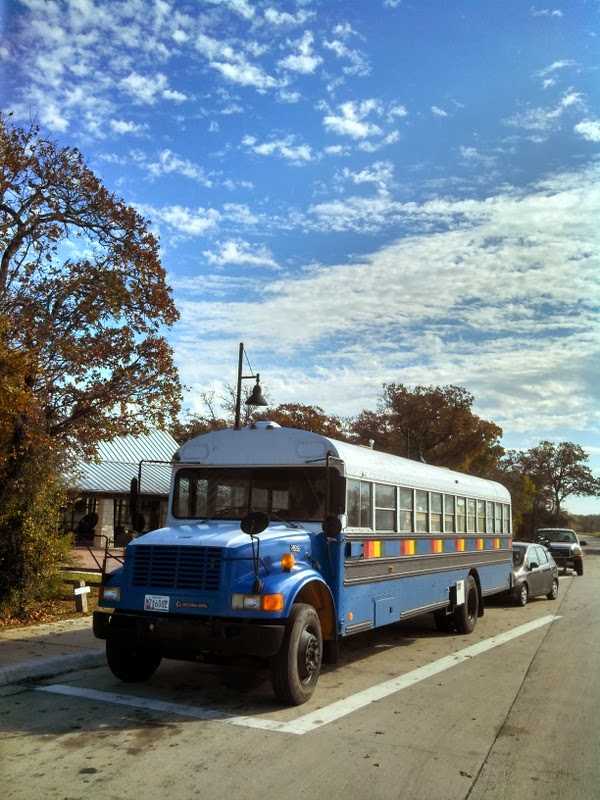 For me, Texas is like the gateway to everything totally zany and insane about this trip.  New Orleans was amazing, but seemed well within the realm of possible reality.

Texas feels like... a totally different thing all together.

We're over the hump where we might think about turning back, packing it in, and giving up on this thing.

We're truly headed west.  Into unknown territory.  (At least for me - Michael refers to Texas as "the boring part on the way home to Arizona.)

We stopped at the Texas welcome center so Michael could pee, but we all ended up getting out to see it because it was just so darned cool.

There was a covered wagon inside and a little movie to watch about not littering and examples of what people might have taken with them when they entered Texas and The Great Beyond.

Our destination was San Antonio and Michael's Aunt Lor's house.  We heard she had dinner simmering and was off of work today.

We parked there and would remain there until Christmas Eve came (about a week away).

Aunt Lor is an RN at the local ER, and she entertained us with stories of crazy patients while we dined on the best salmon, roasted potatoes, and brussels sprouts dinner ever created.  The woman has a talent.  She also made us insane guacamole with pomegranate seeds that was a meal all by itself.  Oh. Yum.

I think Texas and I are going to get along just fine.

She also gave us the skinny on the best Mexican food in the area and let us shower in her real inside a house shower - where the hot water seems endless and you can dry off right there in the bathroom on a big fuzzy rug and not have to clean up a puddle from the floor or wipe off the toilet when you're finished.  I took what was perhaps my first forty minute shower ever.  The kids both enjoyed baths.

We also received a mountain of packages from the grandparents and a few friends and a big pile of mail.

I relaxed for the first time on the entire trip.

And she gave us the run of the house a few days later when she boarded a plane to Pennsylvania.

I even took a bath.

We ate Mexican food at the place she recommended (I had the spinach enchiladas because why wouldn't you?).  We ordered pizza and watched a weird zombie movie on the big TV.  The kids hooked up the Wii and played games that had been gathering dust in the bus.  Michael and I did some Christmas shopping and picked up groceries at the Whole Foods. 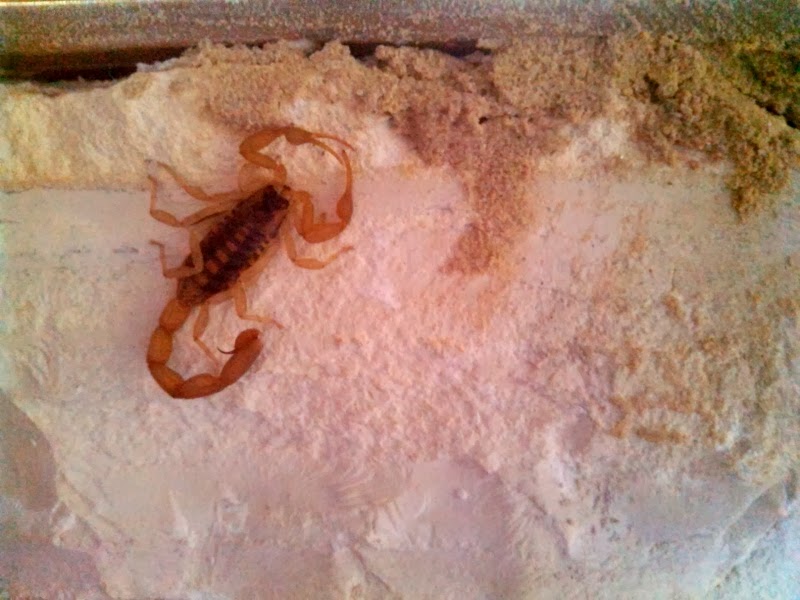 It's okay, nobody got stung.

Jonah walked some sheep with the neighbors.

We went to Aunt Lor's church.

And I went for a run.

Are you ready for Christmas yet?