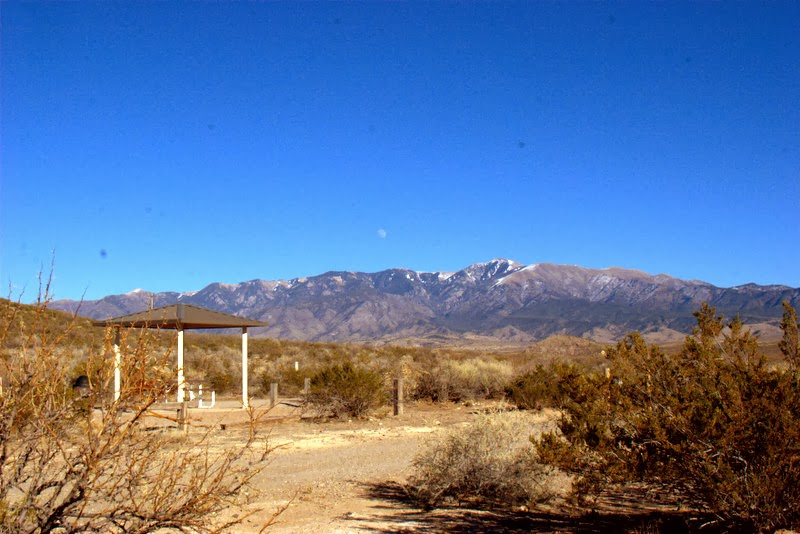 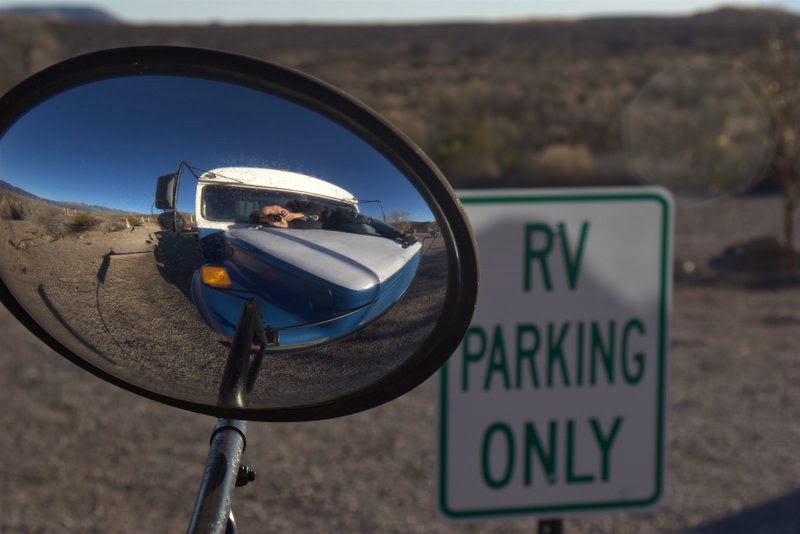 We didn't stay at that gorgeous campground very long.  We had more to do - things to see - New Mexico was so filled with amazing adventure around every corner - it sounds cliche, but it's absolutely true.

We pulled into Three Rivers Petroglyph Site as the moon was rising over the mountains. 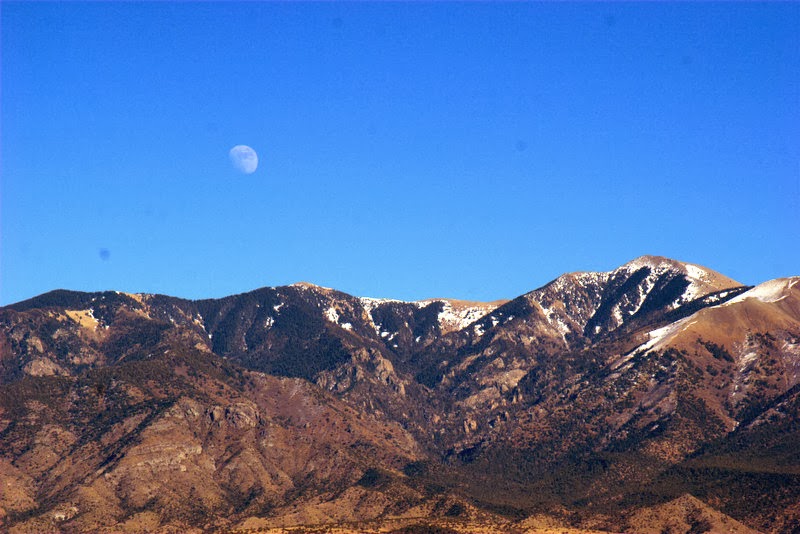 The petroglyphs are something I've always wanted to see.   They are Native American drawings on rocks.  No one really knows exactly what they mean or why they're there.  They just are.  And a thousand years old - sometimes more.

Jonah and Maeryn were equally excited.  Jonah brought his cell phone to take pictures so he could send them to his Grammy and his friends.  As we hiked up the hill to find them, both kids could barely contain themselves. 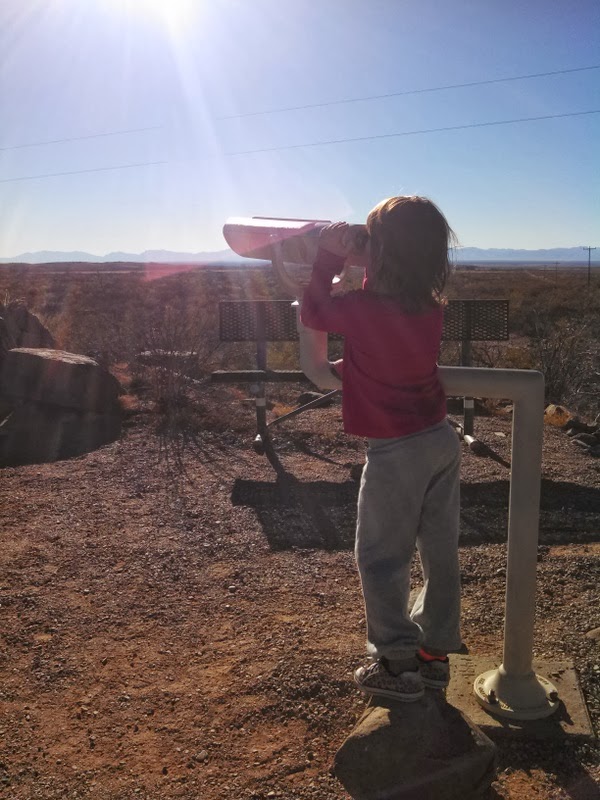 They took turns looking over the sacred valley.

Then they rushed up the trail to the first lot of 'glyphs. 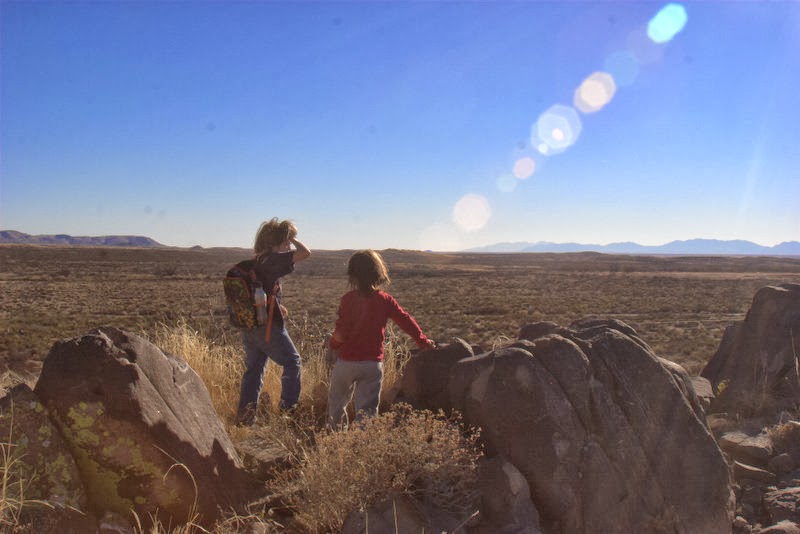 "I think a warrior drew this."

"Look at the perfect circles!!!"

There was much questioning and exclamation. 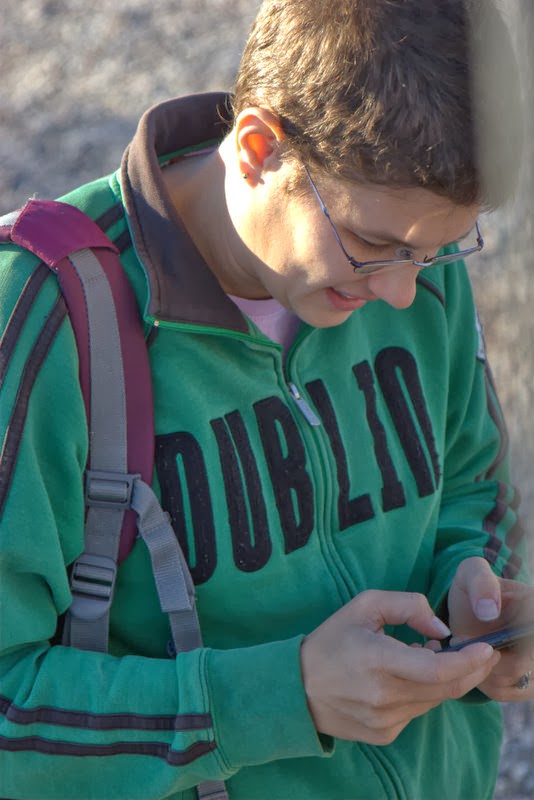 I texted my mom because it was that cool.

There were hundreds, maybe thousands of drawings etched into the rocks. 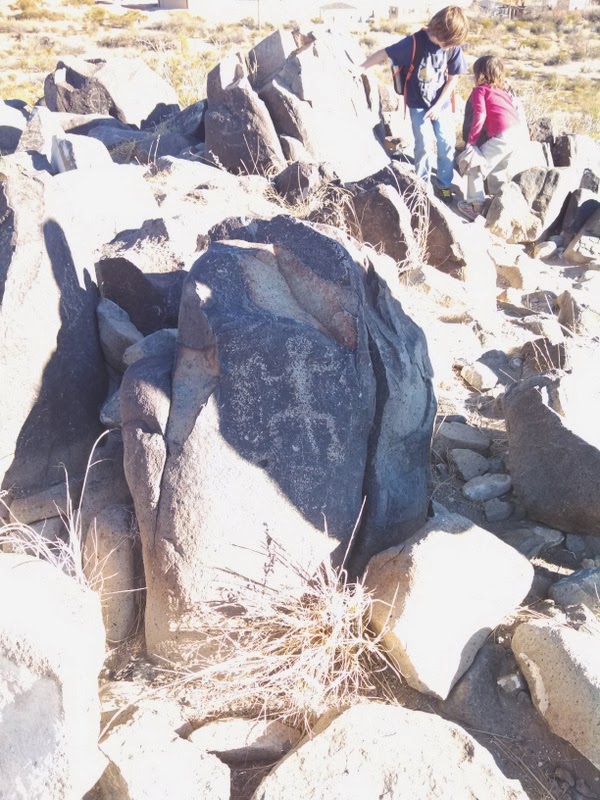 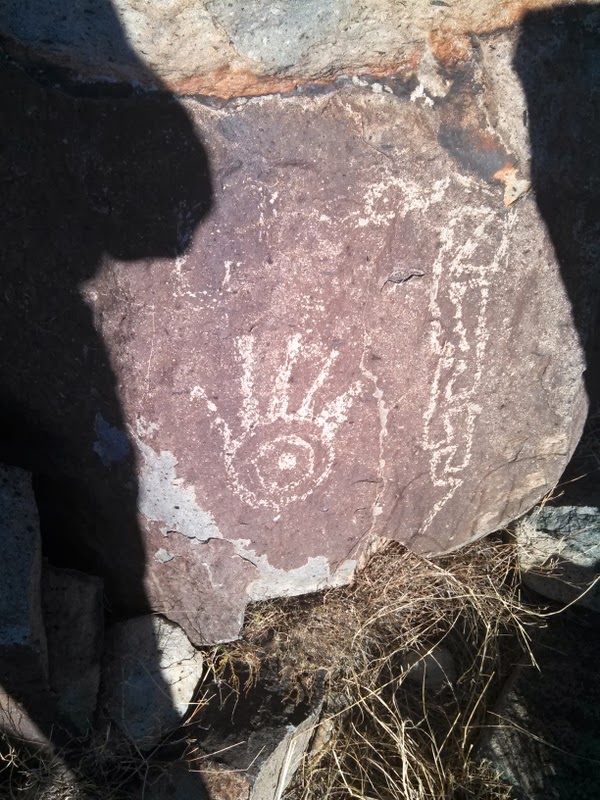 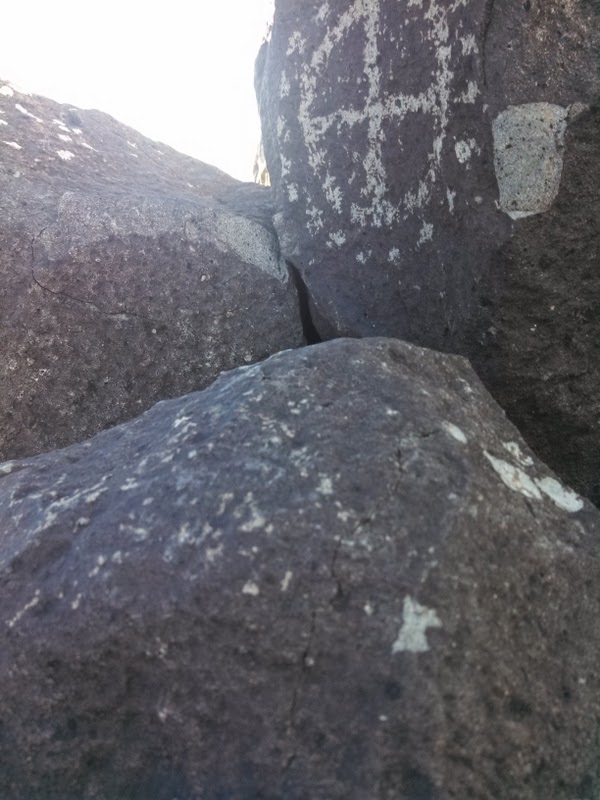 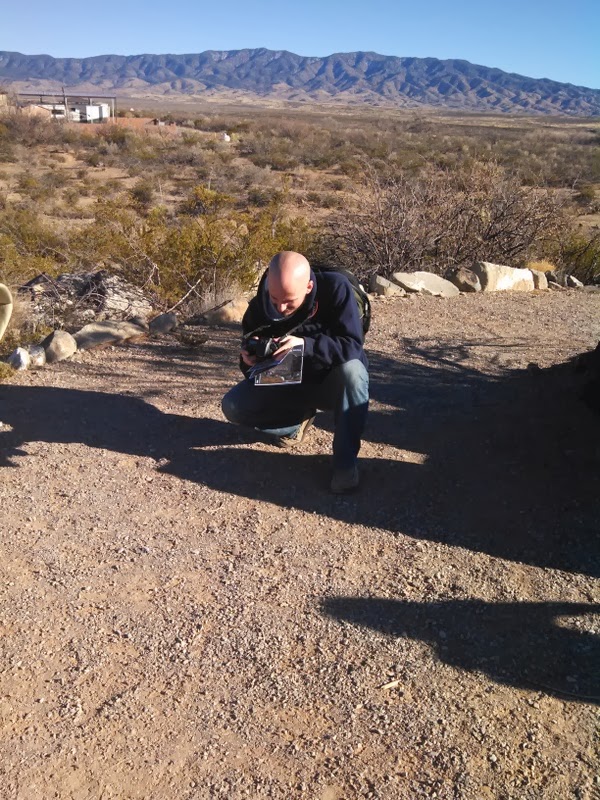 Near the end of the hike, Maeryn got tired and Michael offered to take her back to the bus since Jonah wanted to go on.

We went to the end of the trail and took an alternate route back (not really intentionally).  It was a good plan, however unintentional.  We got to see many more glyphs. 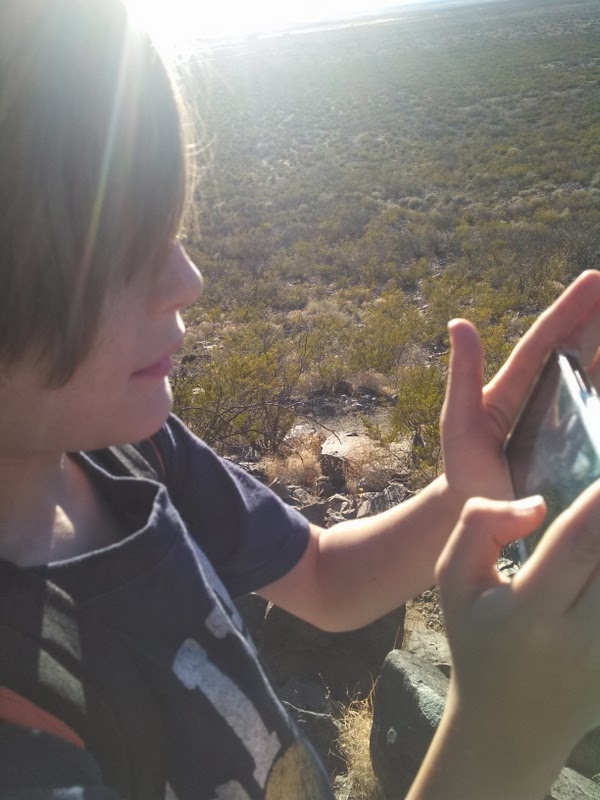 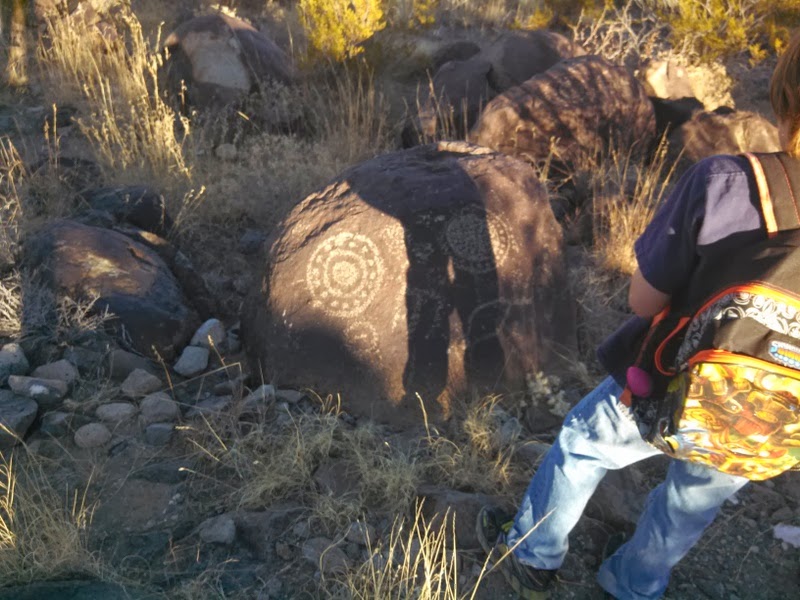 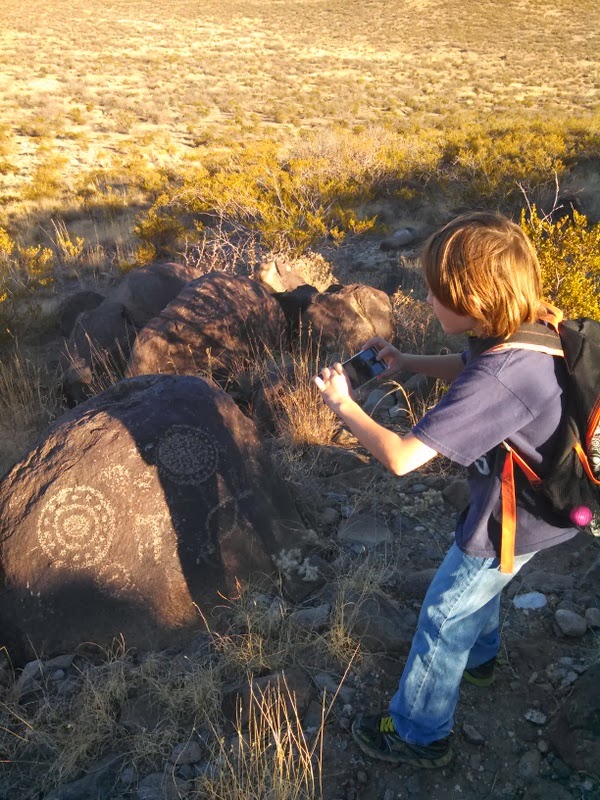 When we returned, we found Michael sitting on Billy's hood and Maeryn chilling on the couch inside.

Jonah wanted to join him. 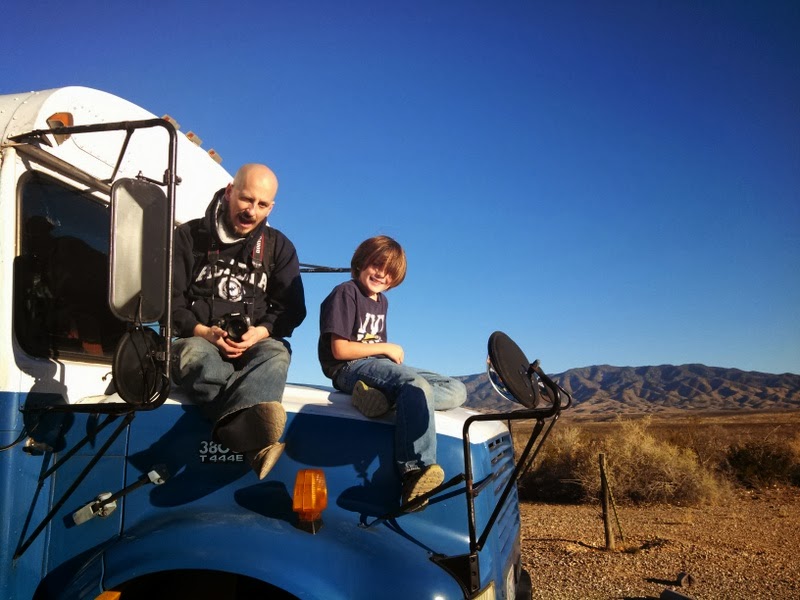 On the other side of Billy, there was a trail to an ancient Indian Village.  I wanted to see it.  Jonah decided he'd like to go too.  Michael just asked me to take some pictures. 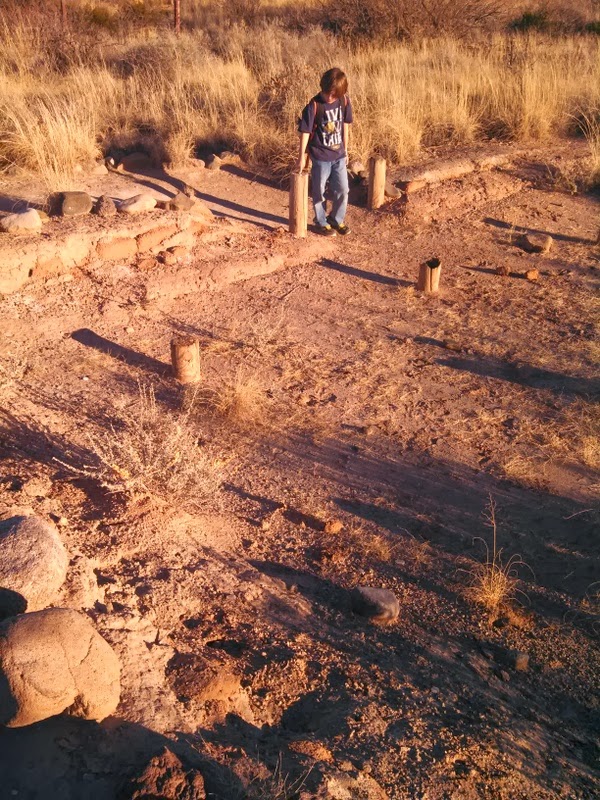