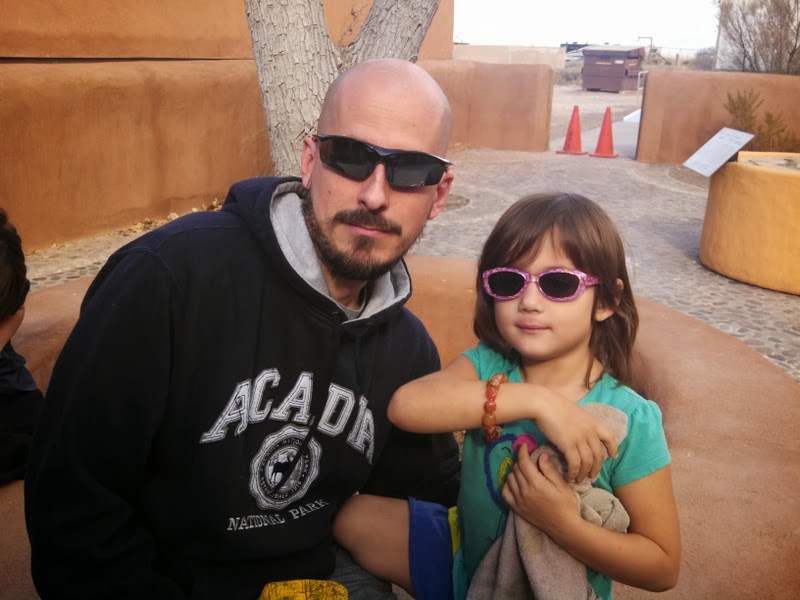 White Sands National Monument looked like the coolest place on the face of the planet.

And not just because Michael and Maeryn both bought new sunglasses at the gift shop (Michael also bought Maeryn that sweet new bracelet).

I had read in the free touristy New Mexico magazine that you could actually sled ride on dunes at this place.  What?  Incredibly cool.  Couldn't be real.

And it made for one of the best days on the trip so far. 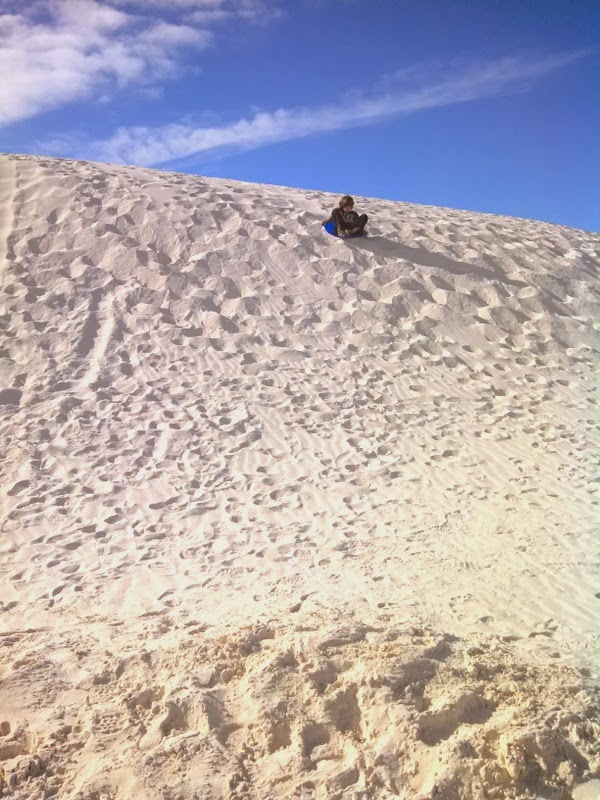 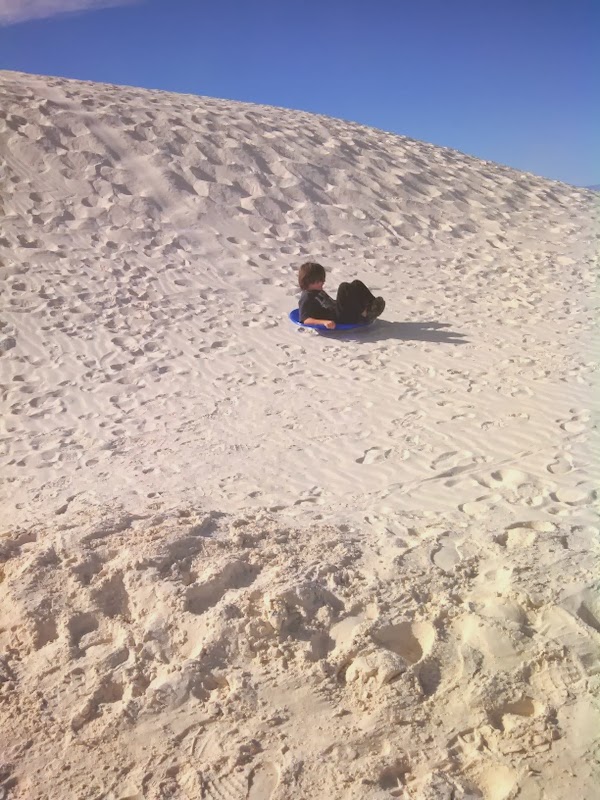 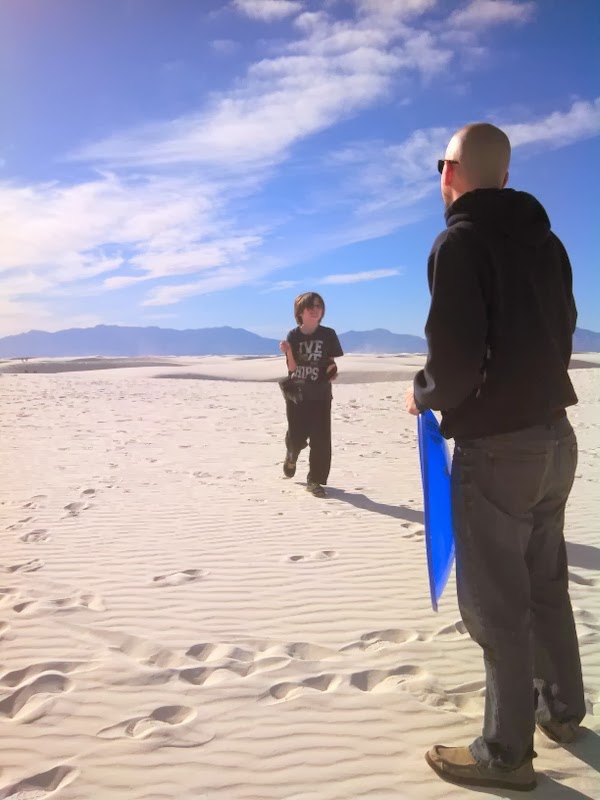 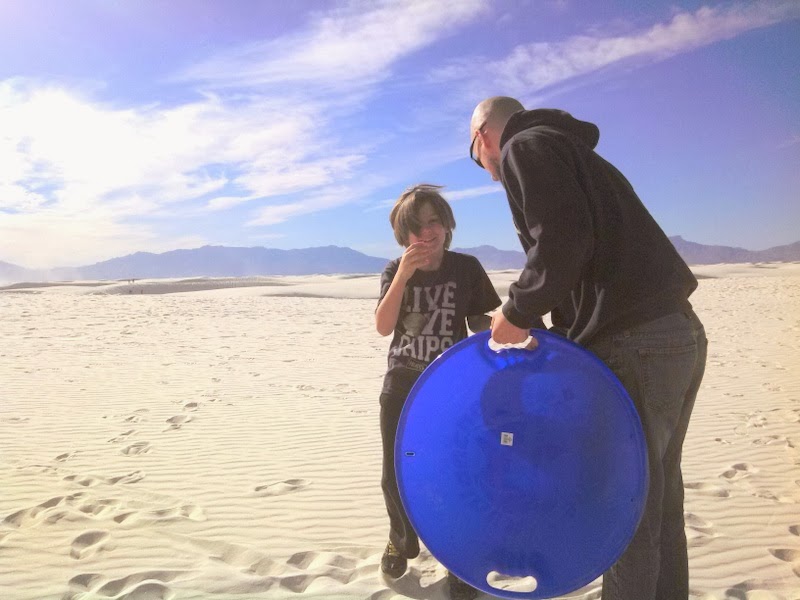 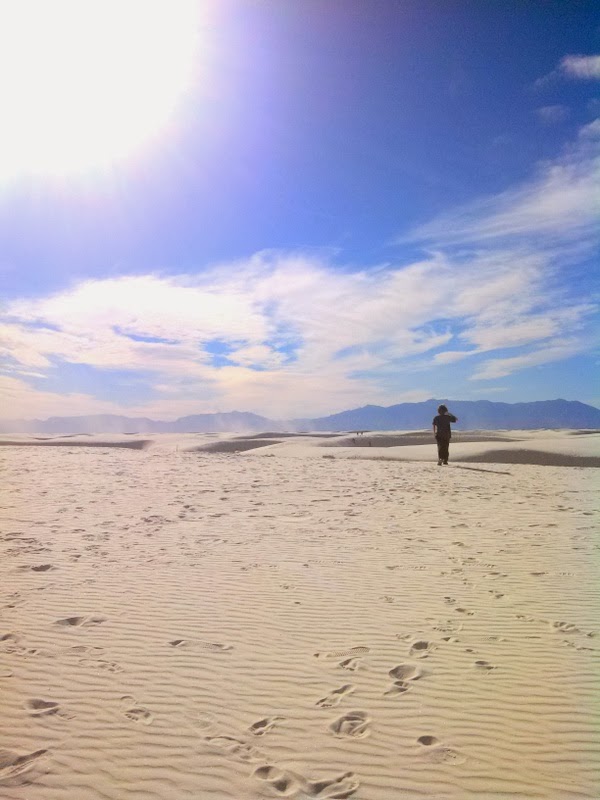 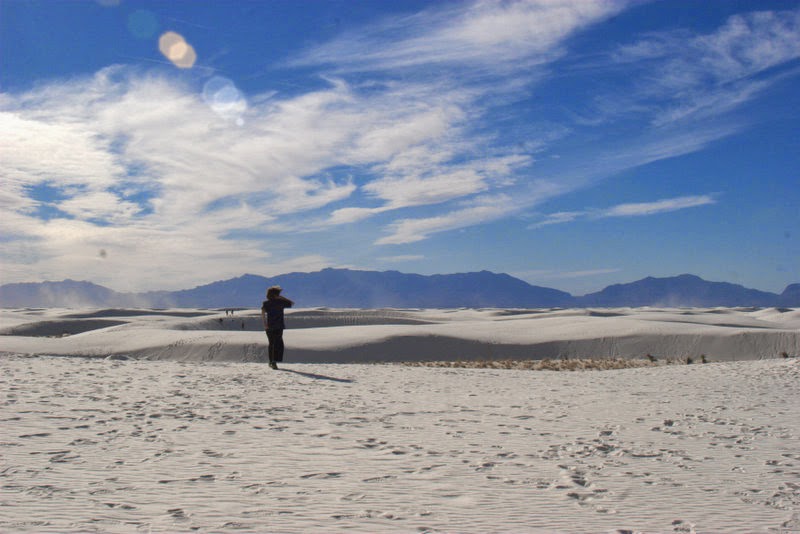 Maeryn wasn't huge on sledding down the dunes.  She did it once or twice.

We all tried rolling down sans sled.

We moved to steeper slopes.

Maeryn drew pictures in the sand and marked X's and required Michael and me to say lines and pretend we were in a movie about a snowstorm.  She created this storm by digging like a dog and throwing sand all over us.  It was cool.

The dunes were just... breathtaking.  The sledding was thrilling and just as fun as snow - maybe more fun than snow.

There were families scattered all over the park, squealing with delight and zooming down mountains of crystal white sand.

When we were too hungry to keep going, we loaded up into the car and parked at the gift shop so I could ask someone who worked there where the best place was for Mexican food.  In New Mexico, you're somehow always hungry for Mexican food...

While I was inside... 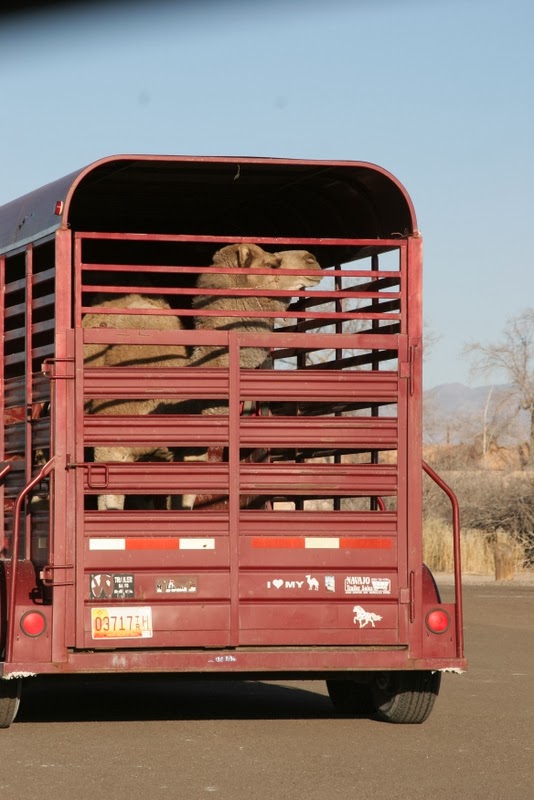 This guy was parked behind Sally.

We had to take a picture.

I got a recommendation for the best ever Mexican food ever.  It's a place called Margo's in Alamogordo, NM.  Oh.  My.  Mexican Food. 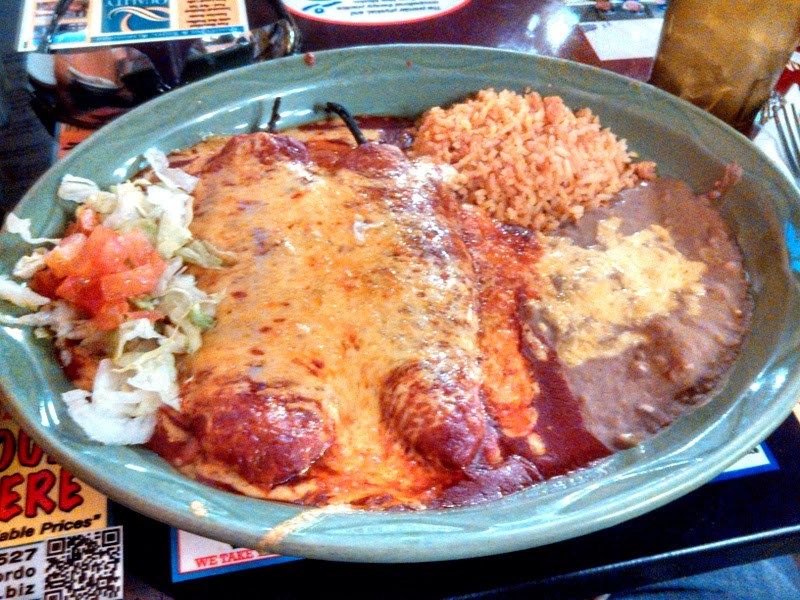 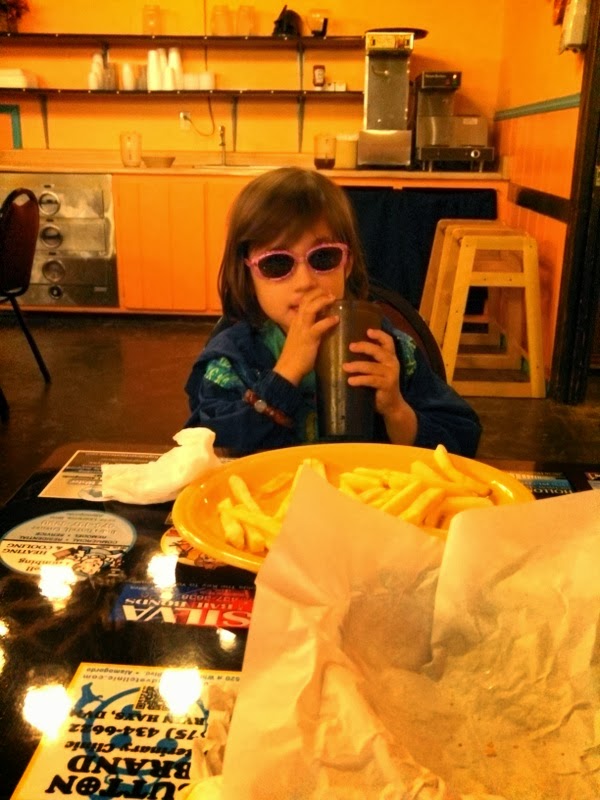