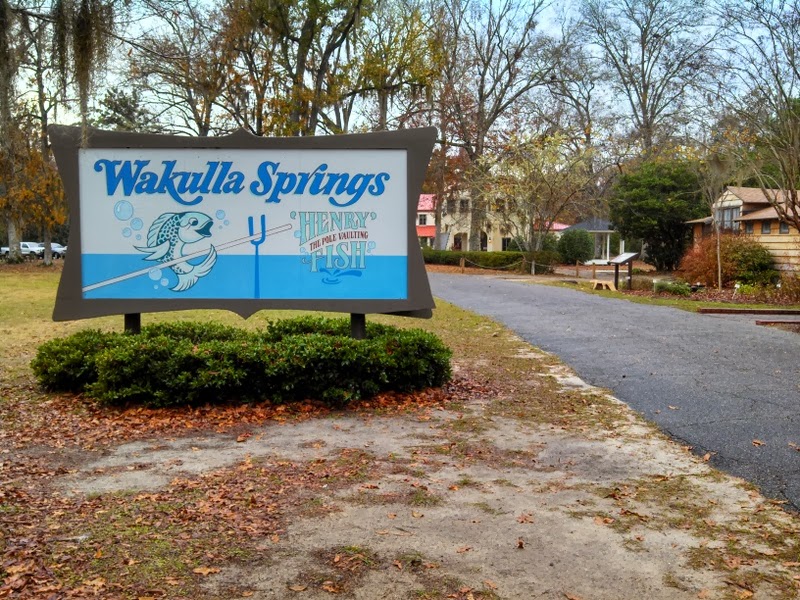 My dad has this lot.

He won it when he was thirteen at a fair by putting a bunch of chance tickets in a fish bowl.

And he's been telling us to visit this lot since we started on this trip.  He kept saying we could cut down some trees and park there for free for three weeks or something.  My mom always laughs in the background when we talk about it during our phone calls: "Your dad and that lot."

So we had to go there.

It wasn't so bad as Mom said it would be.

It was down a dirt road.

It was excruciatingly small.

It did have a telephone pole plopped smack in the middle.

But it was there, in all its glory.

We did not have a chainsaw big enough to make ourselves a place to park.

But I took a picture on my phone and sent it to Dad, and assured him that the garbage dump was no longer at the end of the street and the neighbors junker cars were still parked securely in their yard.  He told me if I could get more than $9,000 for it we could keep the excess.

He reminded me that we needed to also go to the park near the lot: Wakulla Springs.

"There's that fish that jumps over the pole."

Mom laughed in the background, "There is no fish that jumps over a pole!"

We took that picture at the top of this blog so my dad could be assured he was right.

And we had a really good time at Wakulla Springs (you should go!). 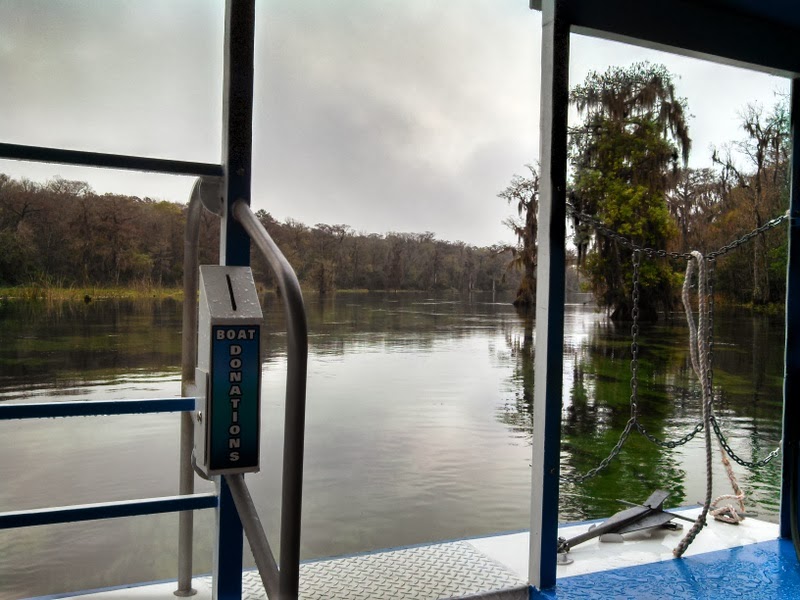 In case you weren't aware - this is the place where they filmed twelve Tarzan movies and The Creature From the Black Lagoon.  The main spring feeds this entire river, hundreds of millions of gallons are pumped from the bottom of the river every day.  At the point of exit, the water is 125 feet deep.

And just down the river there are definitely gators.

We opted not to go swimming.  Dad said he never swam there as a kid either - but he saw other kids doing it.  The ranger assured us that the gators know better than to go into the swimming area (designated by ropes and buoys) because they were trained not to.  Dad said that's what they told him when he was there as a kid too.

We did take a boat ride down the river, which was well worth every penny. 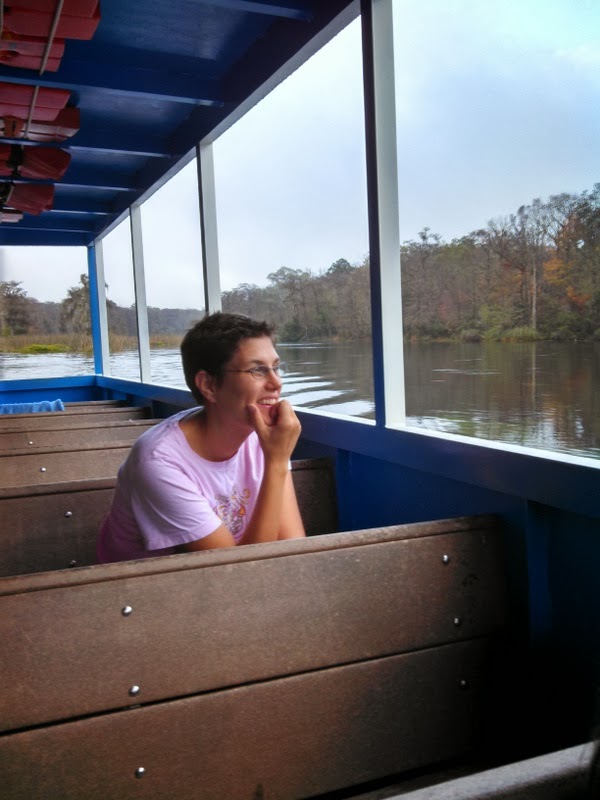 The guided tour lasted an hour and there were eight people on it, including our family.

We saw all sorts of wildlife close-up, including manatees... and a few gators.

And tons of fish... though we didn't see the one that jumped over the pole.  Dad said it was reserved for the glass-bottomed boat tours, which exist, but don't go out as often as they once did.

We also saw divers at the deepest point, just outside the swimming hole, working on gauges at the bottom of the river.  It was neat to watch.

All told, it was a really great day - and we never would have thought of going there if we hadn't followed those suggestions made by Dad - who knows just about everything there is to know, see, and do in Florida.  If you're ever planning a trip to the state, you should honestly just call him up.  He'd love to talk to you, and he'd give you about ten contact numbers for cousins and aunts and uncles who live there too.

If you're lucky, you'll see that fish jump over that pole.  And bring a chainsaw so you can camp out on the lot.  Or heck, buy it and build a little house.  Great location near the pole-jumping fish and the river where Tarzan shot his movies and The Creature From the Black Lagoon.  We'll take $15K for it.

Love your story telling. Always have. Always will. <3 How cool to see the thing dad always talked about.