After the Redwoods: The Mighty Pacific

I love this picture of me.

Contemplative.  Staring out at the ocean.  The washed out feeling.  The overcast sky.

It's melancholy, I guess, but that's the place where I always feel a little more alive.

After our hike through the Redwood Forest we wanted to see the Pacific Ocean as it slammed into the cliffs of the park.  We drove to an overlook first.  That's where I am, above.  The kids chose to stay in the car because it was misting and cold.  Michael got out long enough to take this picture while I stood there, just staring.  If you ever want to feel small...

When we left the overlook I asked if we could go back to the Visitor's Center, where we'd started off in the morning, as they had a boardwalk much closer to the shoreline.  Everyone was cool with it.

Between the overlook and Visitor's Center we noticed a sign for smoked salmon jerky.  Michael and I had never seen jerked fish before and we were curious.  Jonah and Maeryn both said they would be willing to try it.  The sign said "free samples"... 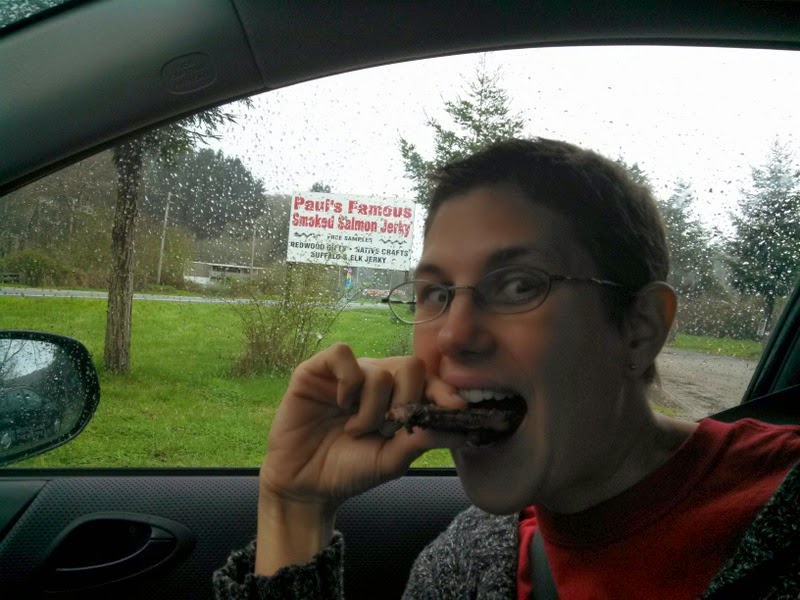 We bought some.  A bag of jerky + a filet of salmon for dinner.

It was life changing-ly delicious.

We parked at the Visitor's Center.

Michael and Maeryn opted to stay in the parking lot to avoid the wind, while Jonah and I walked down to the shore. 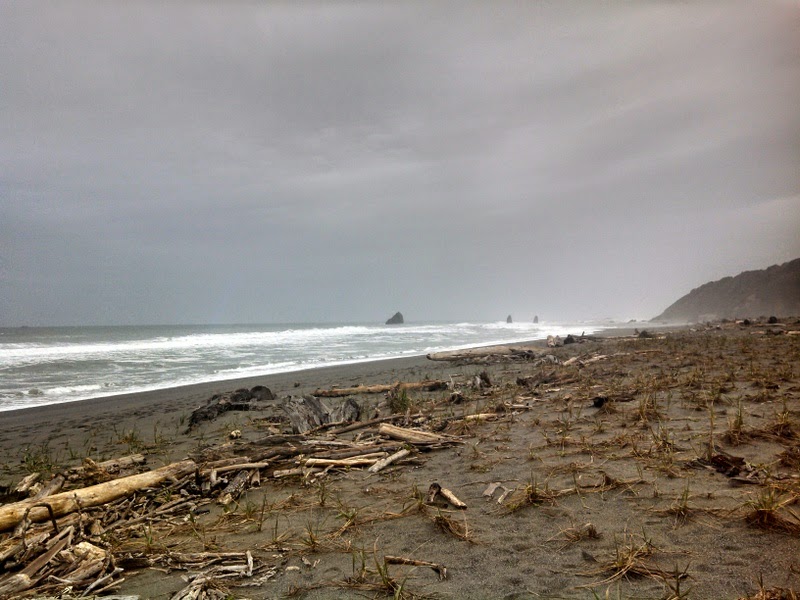 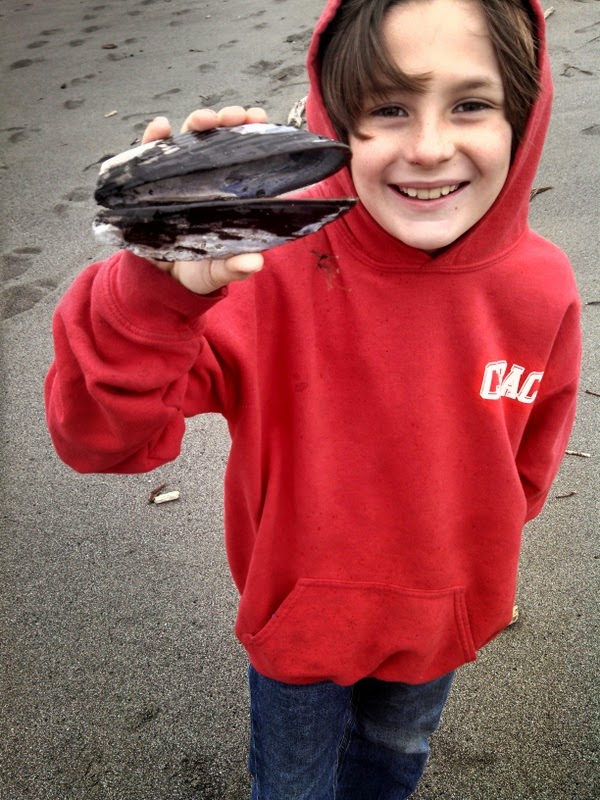 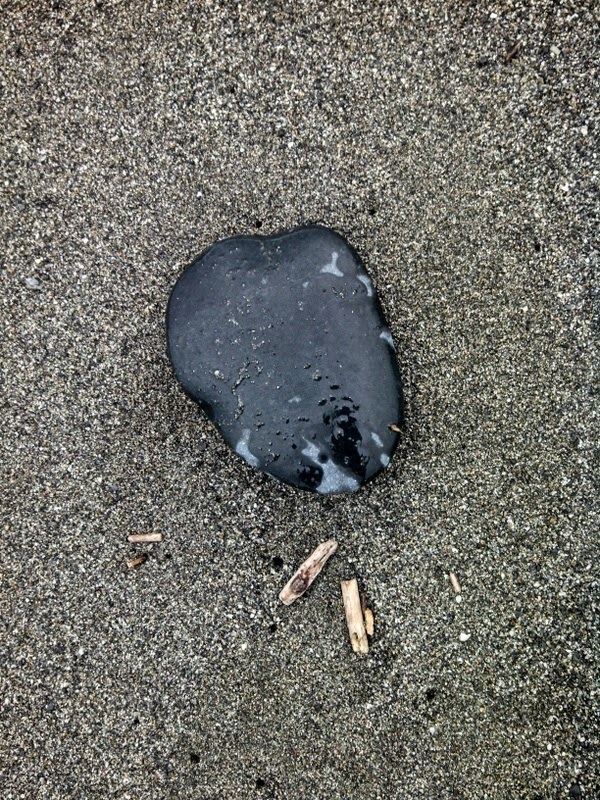 It was worth red noses and the wind in your face.

The bus was inviting, toasty, and inspiring when we returned.  I made something nice for dinner. 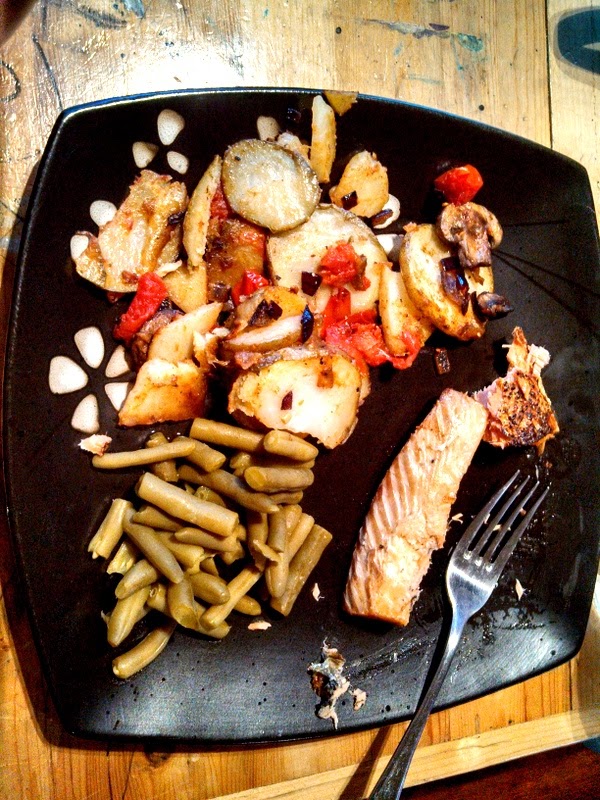 Michael liked it so much he took a picture.

I was pretty flattered.

(It was some epic salmon.)