The moment you've all been waiting for!!!!

(Well, at least I've been waiting for it!)

OUR BUS!  (No name yet...  Jonah named The Mobile "Sally" awhile back.  I'd like to name the bus "Hero" as in "Zero to Hero" because while I was peeling the vinyl numbers off of the bus there were several times when it went from #700 to just #00, and that song from Disney's Hercules kept jumping in and out of my head...  We've also thought of naming it Bettis... ) 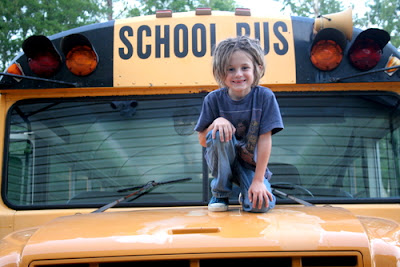 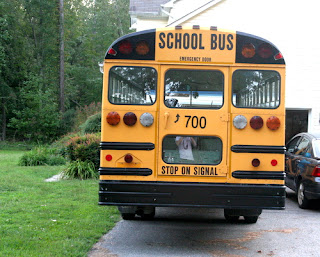 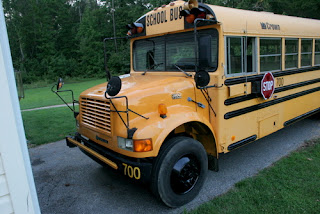 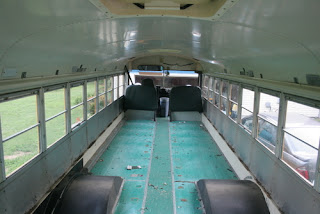 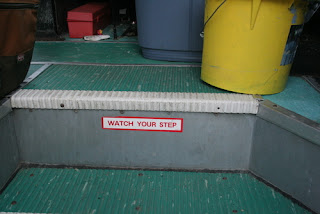 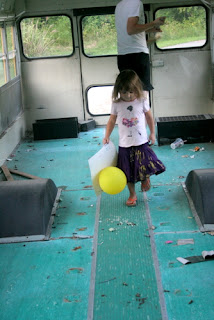 Tonight we started removing all unnecessary parts.  Michael took off a part of the hinge that holds the fire exit door open for mass amounts of people to exit, but cuts into our living space.  We swept a bit of the garbage.  Jonah and I peeled off some of the vinyl numbers.  We only spent about an hour at our bus location tonight - so many more hours in store...  We're working out the kinks about how to do family while working on the bus.  Tonight there was some conflict and everyone was a little on edge because nothing is ever exactly what you expect it to be, and we are a family full of folks who like to know what's going to happen and exactly how it will work.  Michael is the only truly spontaneous soul we've got...  so we had to stop at Bruster's on the way home to assuage our grouchies.  It worked pretty well.
Posted by Missy at 5:59 PM

Can't wait to see what you guys do with it! Glad you guys were able to get your school bus. :)