ARGH (Autodidact Radical Gathering of Homeschoolers) is always a highlight of the equinoxes for our family.  We have been to other unschooling conferences and gatherings, but ARGH is always our favorite.  It's smaller than most conferences, and we have become enthusiastic members of this close knit community of acceptance and encouragement over the last three years.

During ARGH, families have opportunities to participate in numerous activities planned by and for attendees.  Jonah and several other boys ages ~8 - 12 maintained a three-day Nerf War and Zombie Apocalypse combo battle with a few breaks for eating, play dough, and games of Munchkin.  We barely saw him all weekend.  His ARGH friends are some of his best friends, and it is a treat to see them every time.  He even slept at a friends' cabin two nights in a row.

I attended Circle Chats.  These are my favorite parts of ARGH.  One was a general unschooling chat where we discussed setting priorities as unschooling families and how to maintain those priorities and our sanity at the same time.  One was about gender diversity and acceptance and support for kids who identify as gender queer.  I also attended an informative panel including unschoolers who are young adults to hear a Q and A regarding their upbringing - pros and cons of unschooling from the unschooler's perspective, and how they are making the transition into adulthood.

Michael led a bike ride across the Blue Ridge.  In the past two other dad's regularly attended this event - neither of those dads were able to attend this ARGH, so Michael went alone.


I'm thinking it was worth it.

Maeryn spent most of her time playing!  There is always a kids' corner with blocks, Mr. Potato Head dolls, LEGOs, animal figures, and more for the younger set.  This year several people also gave away puzzles or games their family had outgrown, and Maeryn had the opportunity to play The Very Hungry Caterpillar and build a few new puzzles.  She also participated in the ARGH talent show.  She did a Flashlight Friend Dance that she choreographed herself. 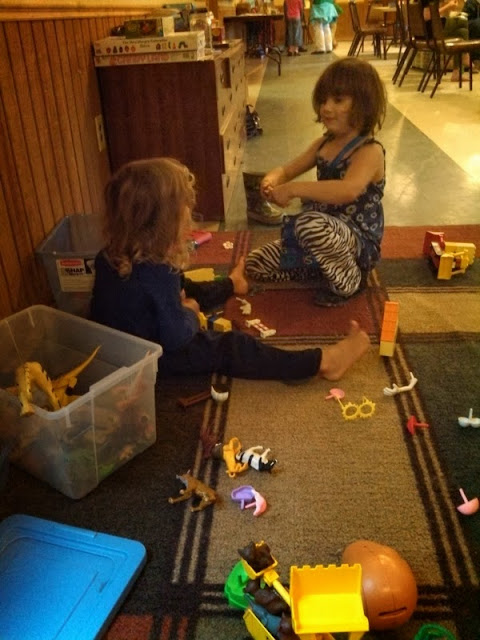 ARGH is always a refreshing experience for the entire family.  We were all a little crestfallen as we watched the cars pull away from the parking lot after hugs and goodbyes.
Posted by Missy at 6:00 AM