Come With Us to the Hoover Dam 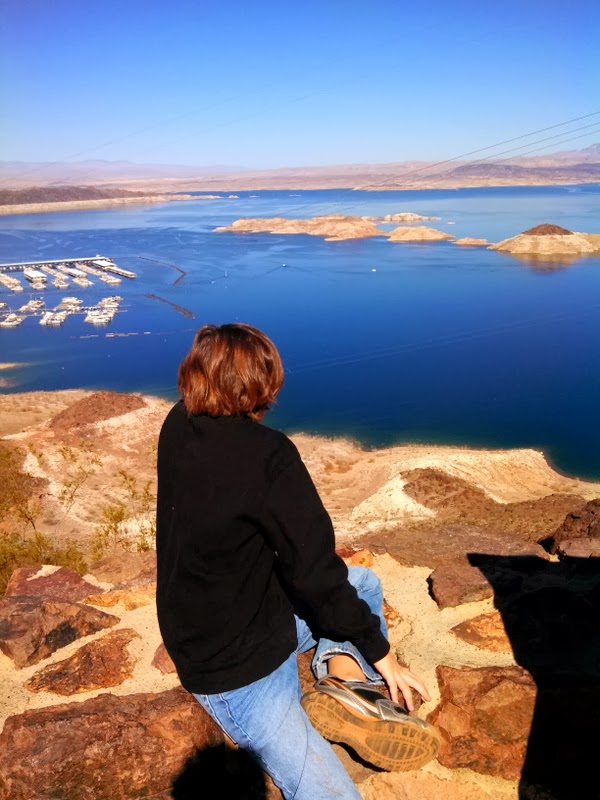 We took an insane amount of photos at the Hoover Dam.

Maybe it was the definitive grandeur of something constructed by human hands.

Maybe it was the cool weather, the blue sky, or the general buzz of excitement from all of the tourists gathered there.

Either way, if you've never been, this blog will take you there.

We started our journey at an overlook of Lake Mead.  I watched a woman snag her tween sons from jumping onto the top of the wall on which you see Jonah resting, above.  I didn't blame them, adults were standing on the wall, why couldn't they?  I didn't blame the mom either - it was a long way down.


Jonah was frustrated that we couldn't see the dam from this area, so we didn't stay long.  None of us could imagine how actually gargantuan the dam would be.

We were able to view it from the new bridge construction across the highway. 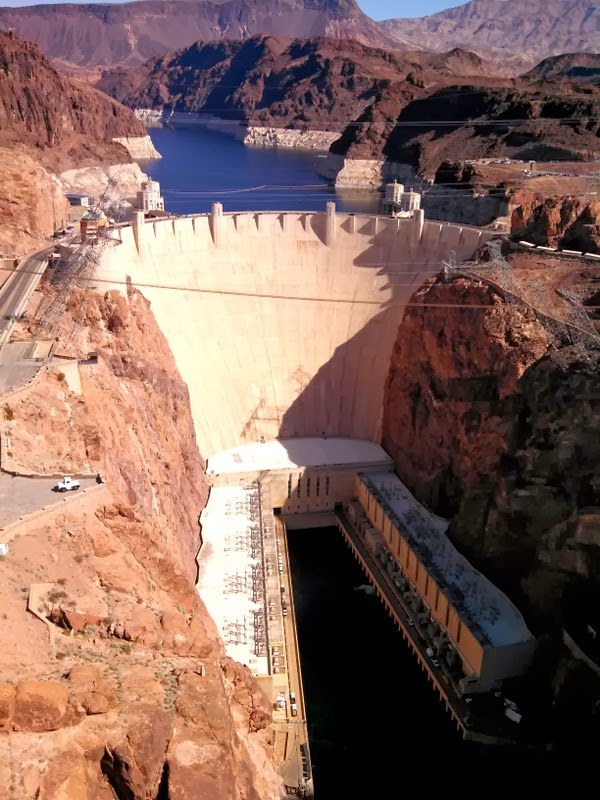 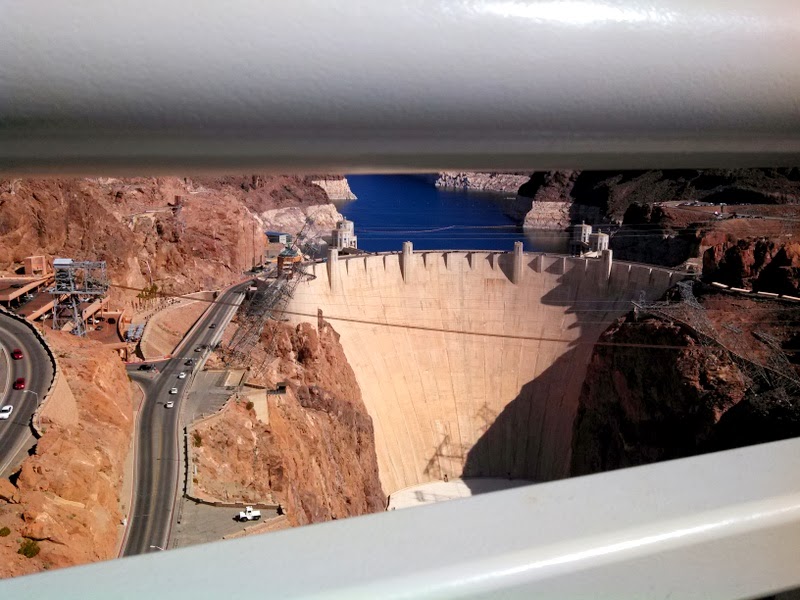 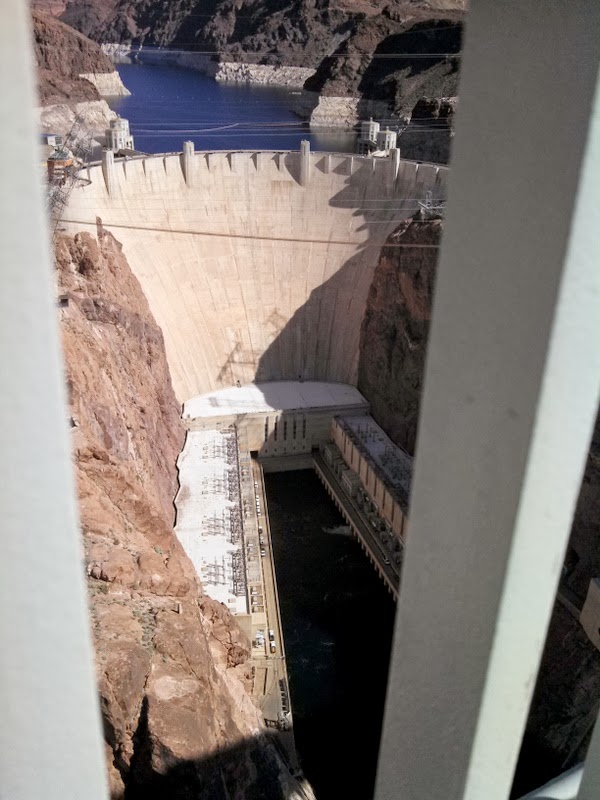 The construction on the bridge was completed in 2010.

I felt lucky to visit at a time when I could have a view like this, even if it was slightly terrifying standing there and looking all the way down.


Next we hit the visitor's center, where we could see the bridge we were standing on looming in the distance.

The visitor's center was especially exciting for our family since we had been reading The Heroes of Olympus Series nightly for several weeks.  If you don't know these books, you may have heard of the Percy Jackson movies. They feature modern teenaged demi-gods facing mythological monsters and interacting with Greek gods and goddesses along the way.  In one of the books, the major players visit The Hoover Dam and have French fries at the visitor's center... so we did it too.

Later in the story, the heroes receive help from Zeus in the form of living statues: angels who fly them out of harm's way and onward in their quest.

As I was reading, I didn't realize the angels were real. 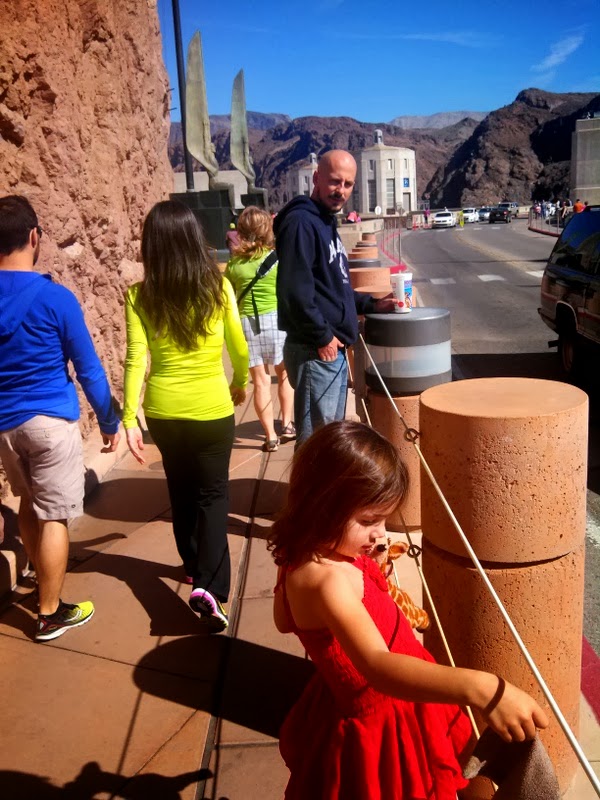 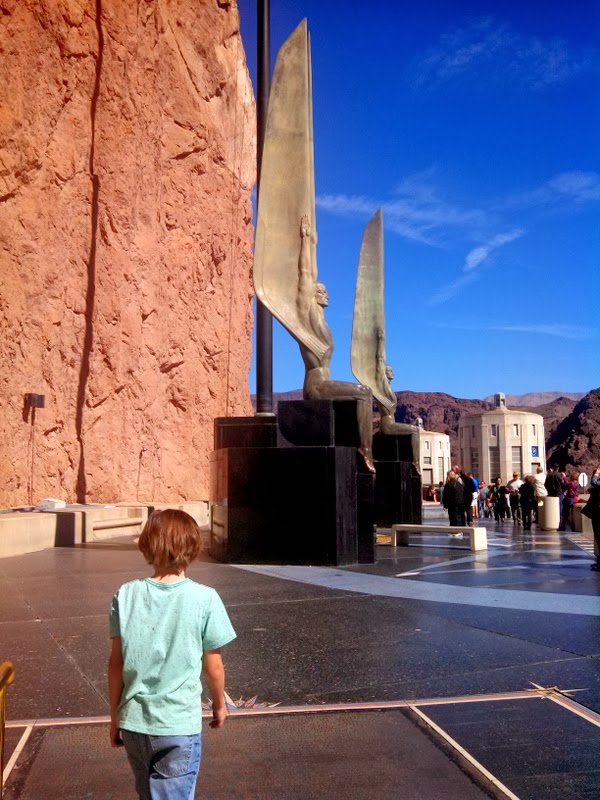 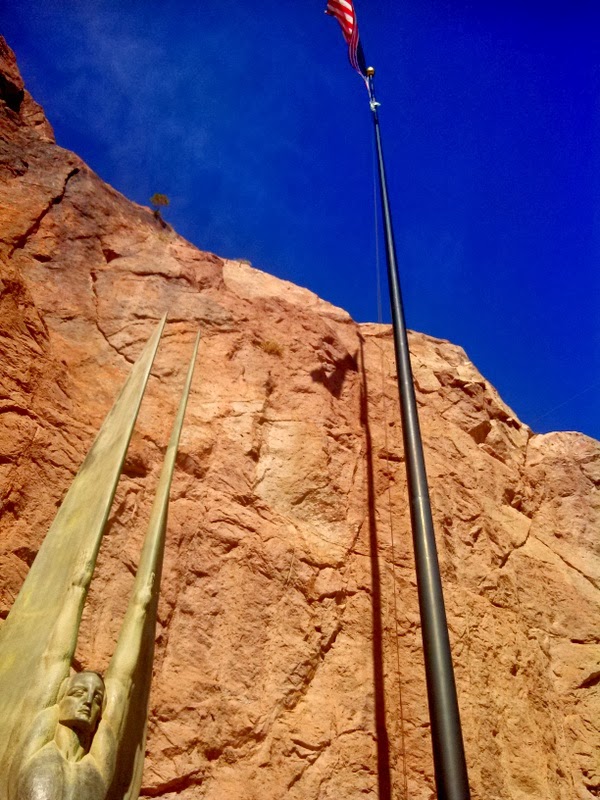 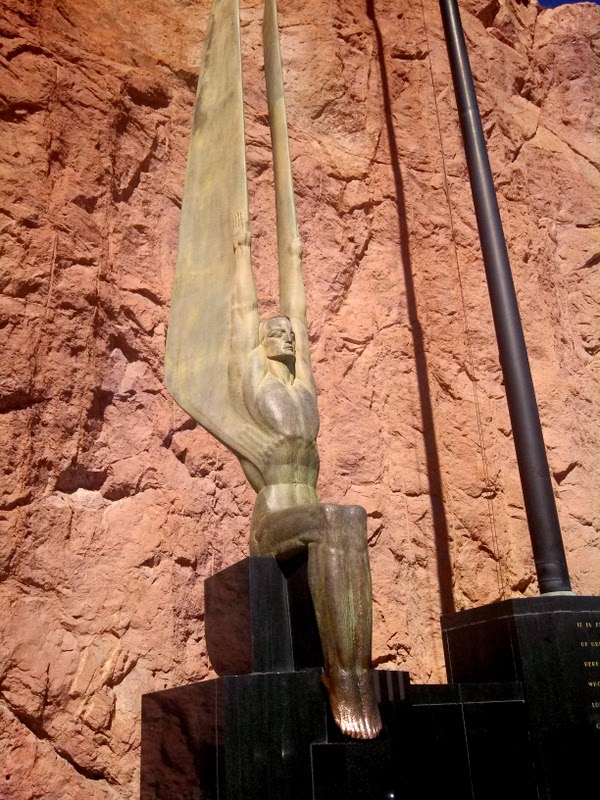 I sort of expected them to come to life at any moment.

Next to the angels were other symbolic sculptures including a huge compass surrounded by the Zodiac. 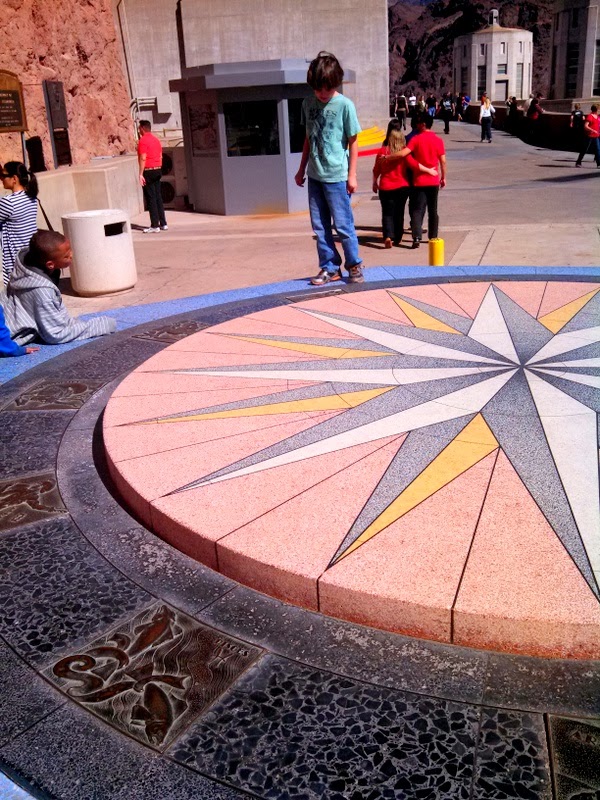 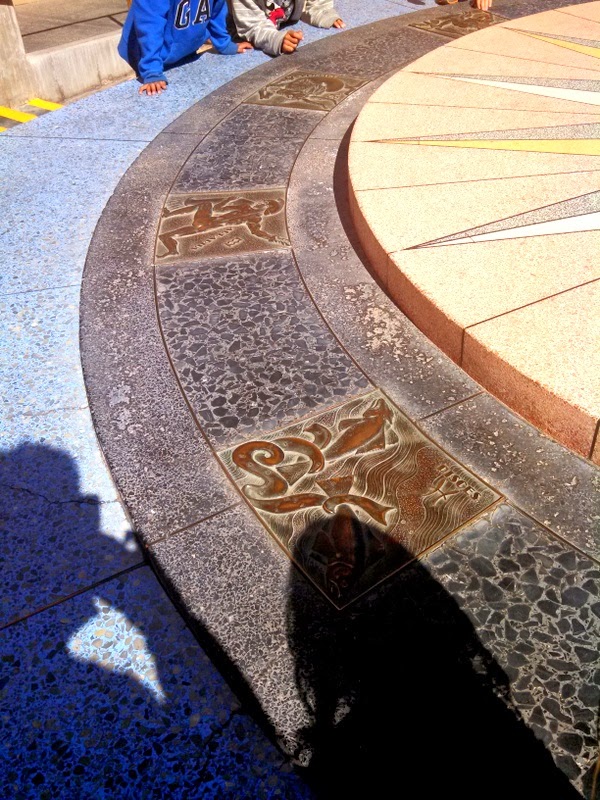 An audio recording was playing in this area that explained the symbolism of the sculptures.

Jonah and Michael weren't super interested and wanted to go to see the spillway.  Maeryn wanted to stay and study the sculptures.  I wanted to hear the audio, so Maeryn and I stayed here, while Michael and Jonah went there: 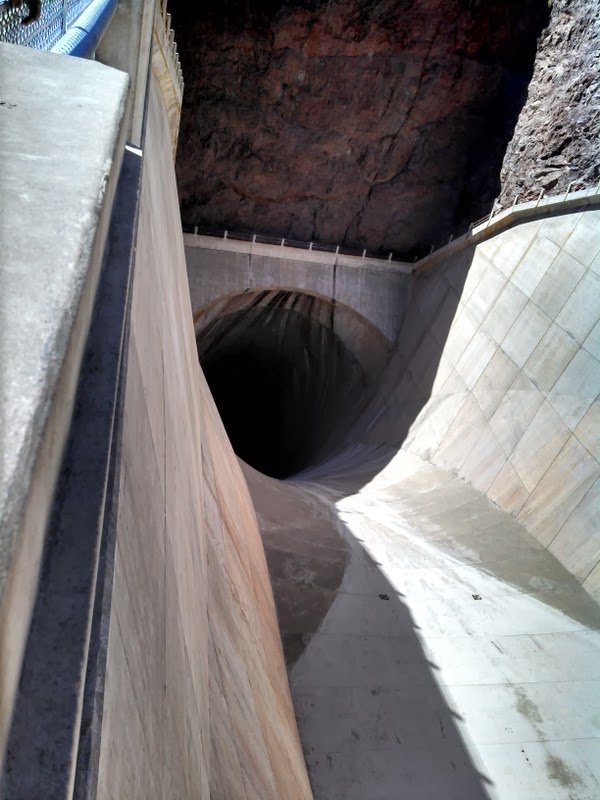 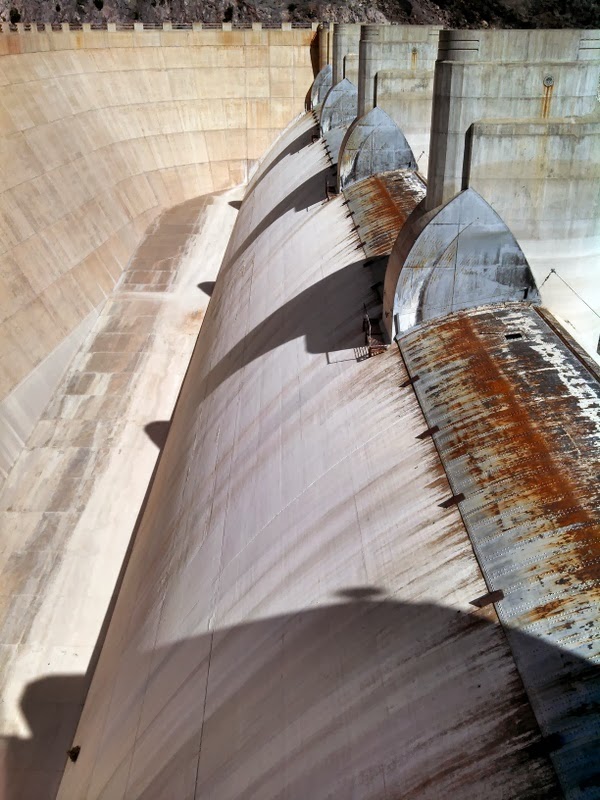 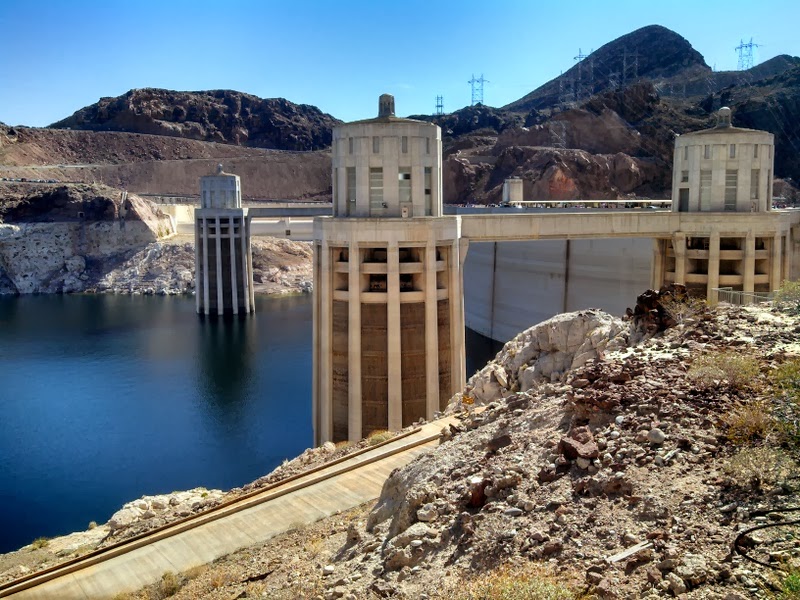 I listened to the recording three times before the boys returned and learned the all of the sculptures were created for the benefit of new civilizations thousands of years into the future who might stumble upon this great artifice and wonder who created it and why.  Bronze planets surround the angels in the exact formation they were in on the day the dam was unveiled.  The angels represent the sort of republic (USA) that would build such a structure - the artist felt they would represent strength, power, and aspiration.  The Zodiac and compass also represent the moment of the unveiling.  Fascinating.

When Michael and Jonah returned Maeryn and I had both had our fill of the area and we moved onto the dam itself. 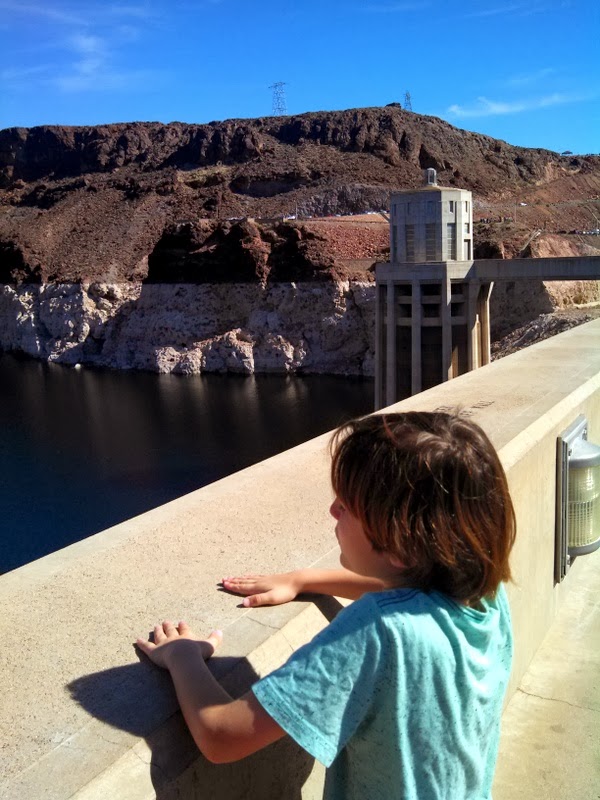 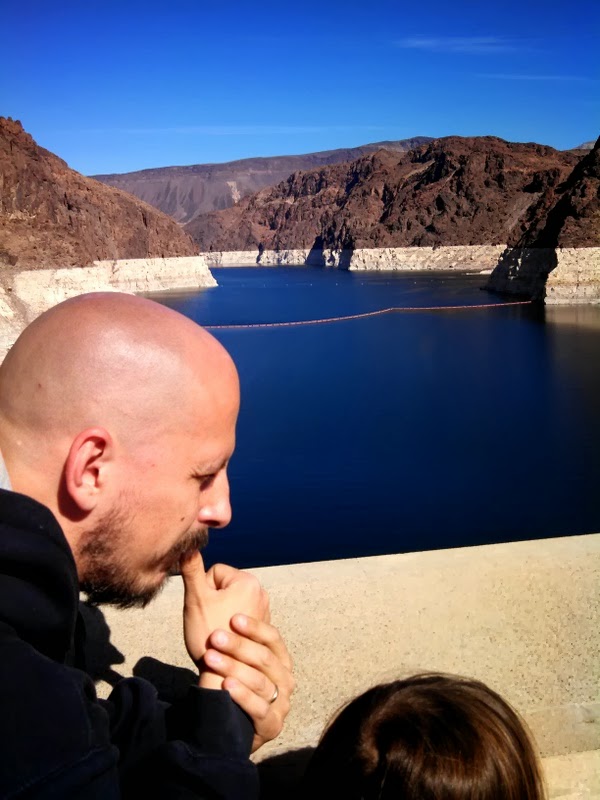 Once we'd seen the back side of the dam, we crossed the road to see the front side - to look down over the dam we'd seen from the bridge before.  Terrifying, but worth it.

I texted my mom to tell her it was scary and she texted back, "Don't be scared, embrace the moment!" 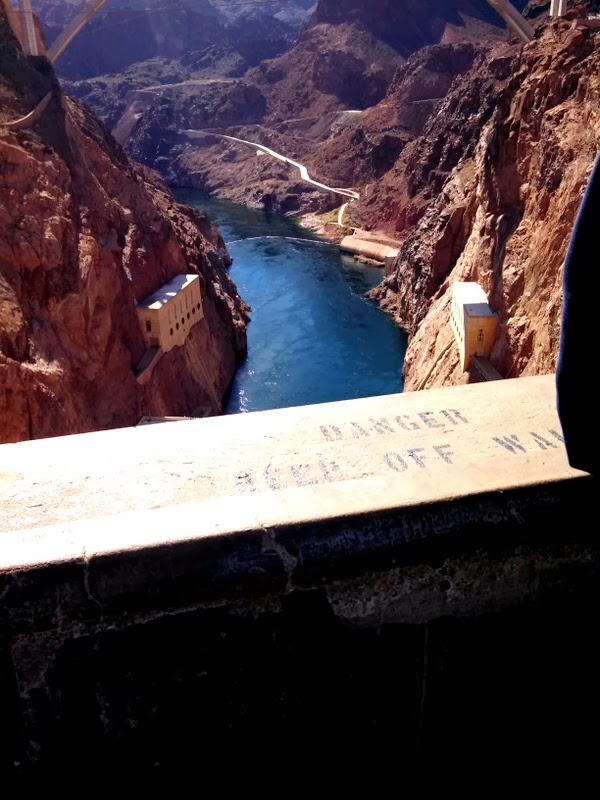 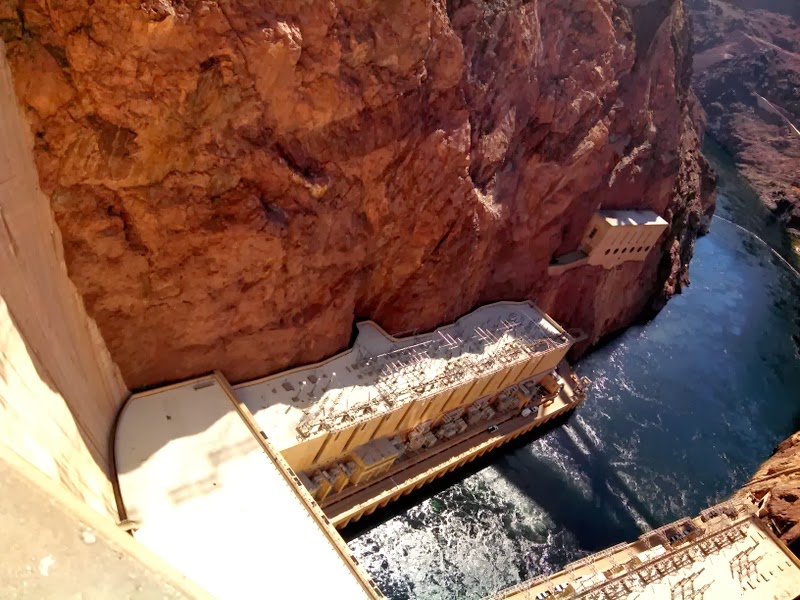 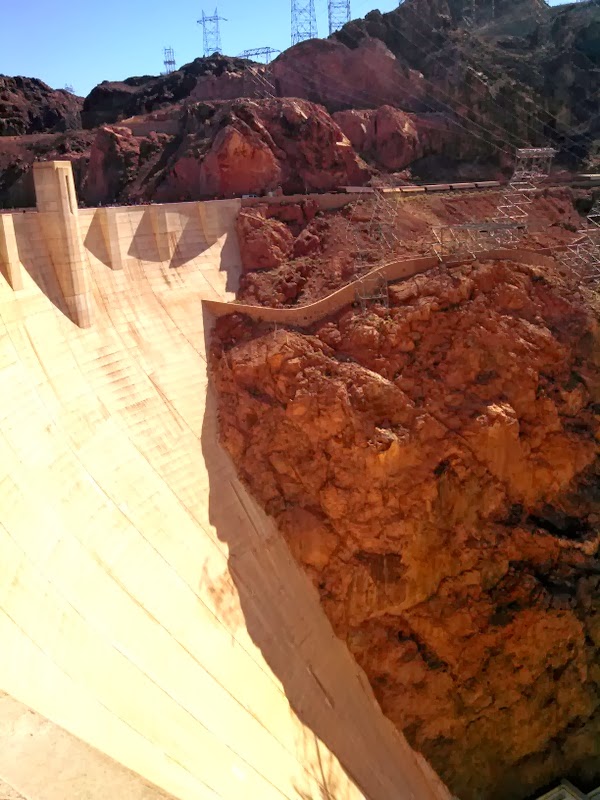 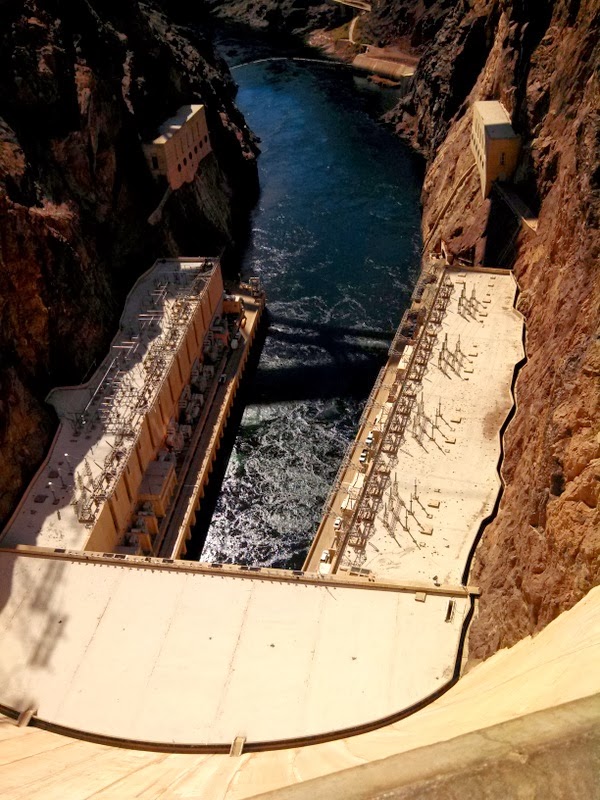 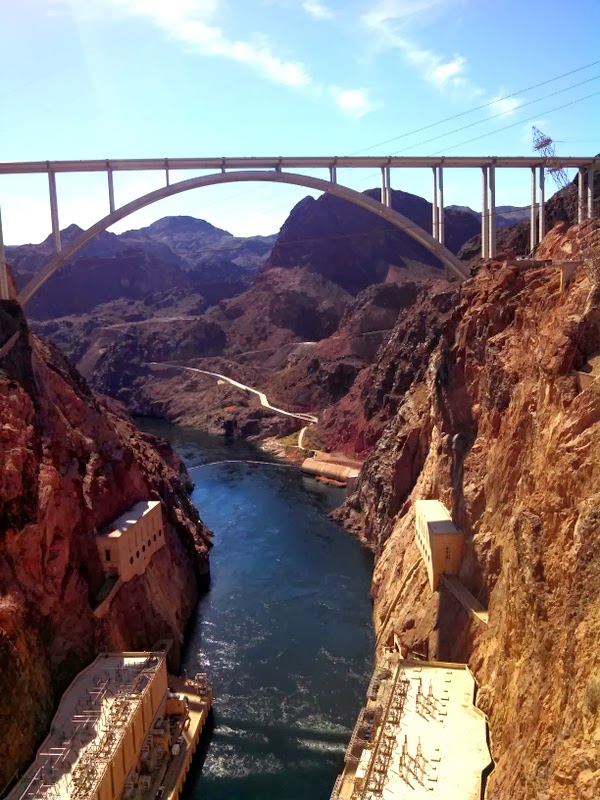 It was time to go.

Billy was now parked in downtown Vegas.  And we had more site-seeing to do.

On the way out, I touched the toes of an angel.  The recording promised it would bring good luck. 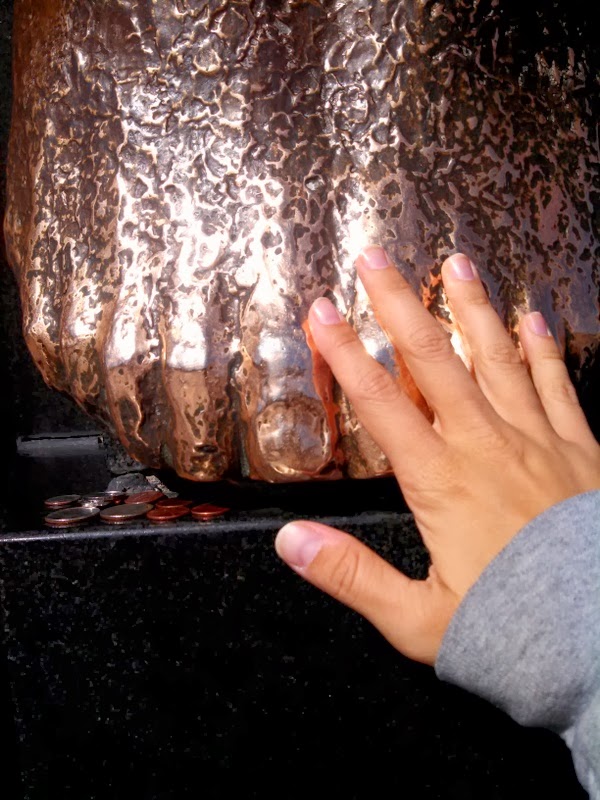