I haven't been posting photos.  Not that I haven't been taking them.  I have...they're all there on the camera just waiting for me to hook up the USB cable...

But I'm not sure where it goes in this particular computer...and so my readers suffer  :)  Sorry, guys.

In other news, I am feeling supremely down today.

I went to a small group study this morning.  It was a new study for me and I was invited by a friend who I admire and I had high hopes (and they had free babysitting!).

Instead of having my hopes fulfilled, they were somewhat dashed, as I learned that the study, to me, was heretical.  I did some research while the speaker spoke out of the void of the television and the other women took copious notes and searched their souls...  mine was crying out so loudly it was impossible to ignore it.  I even excused myself and went to the bathroom.  The speaker in this study spouted untruths.

I called my husband and my other small group leader to be sure that my own heart was in the right place.  I mulled over things and scripture after scripture came into my head to refute what I had heard on the video this morning.

I finally wrote to the leader of the group.  She hasn't responded yet.  I'm not sure how it will be.  I am certain that this group leader put time and effort into finding just the right study and she may not take my words well.  They may continue in this study and nothing may change (except that I won't be attending the group again).  And it makes my heart sad.

A former student posted this today: 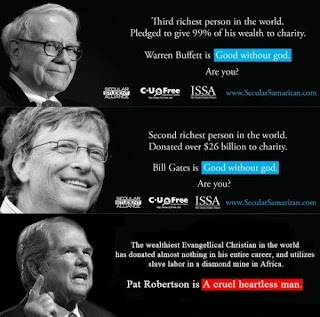 I didn't respond to the photo he posted on facebook.  He is a sweet young man and I love him tenderly.  I want to hug him and tell him that THIS isn't Christianity.  That this isn't the face of the Man I Serve.  This is hypocrisy.  This is heresy.  And YHWH is also Jesus and Jesus is also Love.

I don't know where to turn sometimes and feel as though things are crashing down all around me when it comes to my faith and Christianity in the world.

My newfound Freedom weighs on me as a burden today.  I want to shout it from the roof-tops.  I want to take those Believers who have not received the whole gift of their salvation and shake them until they understand or hold them with tears streaming down my cheeks...there is another way!  You are the Kingdom of God!  Life does not begin after you die - life begins NOW.

I titled this post "Summits".  I feel like that's where I have been lingering.  Hanging on to the summit of the mountain and waiting.  I spend much of my life in this place - rather than climbing up through blood and sweat or skiing down the other side.  I stand at the top and dance backward and forward and wonder about the things to come in my life. I am confident that the path I am treading is the path I should tread, but sometimes it is lonely and shadowy and sad... and a voice within me says it is not yet time to come down.
Posted by Missy at 11:28 AM