Balboa Park and the Hipster Hippopotamus 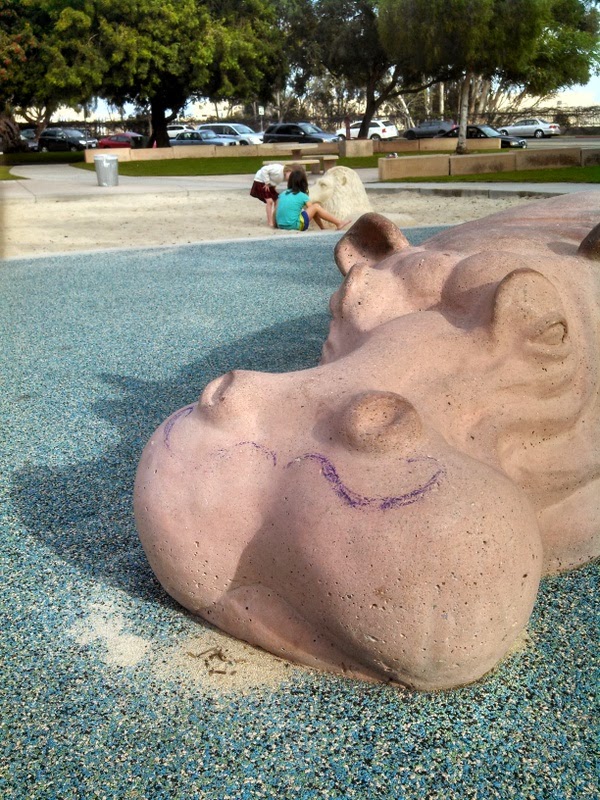 That's him.  The Hipster Hippopotamus.  He was charming.  Everything you'd want in a hippo, really.  He was a part of just one of the playgrounds at Balboa Park.

We didn't spend a lot of time exploring the park.  We drove around, we saw the epic awesomeness it including the zoo, the natural history museum, a ton of playgrounds, a puppet theatre, an air and space museum, hiking and cycling trails - the list goes on... and then we settled on one playground, and stayed there for a few hours.

Unfortunately, Maeryn was getting sick again.

It was a different kind of sickness this time - runny nose, cough - we figured it was just a bit of a cold.

Both kids made friends and hung out with them the entire time.

Michael and I got some much-needed Mom and Dad talking time.

And we went home.

Maeryn was coughing a lot - and it wasn't cool to have her around all those other kids feeling so bad.

I hoped it wouldn't be as drawn out as last time.

She'd only been completely well for about a week.
Posted by Missy at 6:00 AM