Blown Tire in the Desert 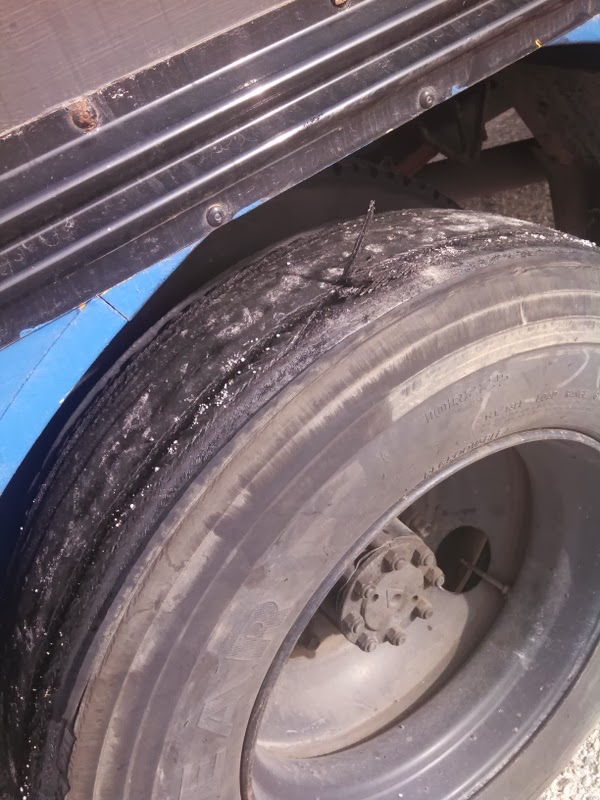 Awhile back we had a little tire problem with Sally. Okay... it was a pretty big tire problem, but we were lucky to only owe $85 on the repair and to notice the problem when we were sitting right across from a tire repair place in the middle of town.

This time, things were a bit different.

We were in the middle of the desert, on our way to Las Vegas, NV.

There was a little "town" where Michael pulled over.  It consisted of a gas station, a few convenience stores, and what was likely a strip club, but the jury is still out. 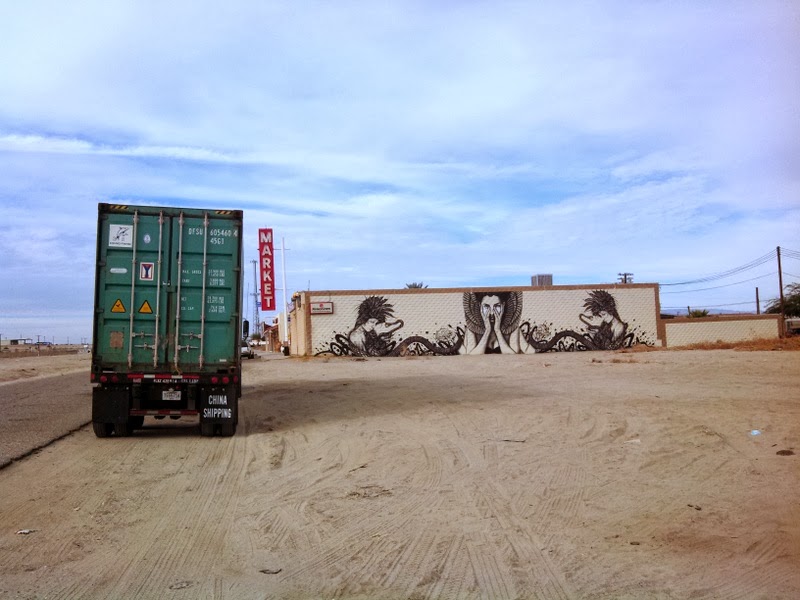 After a walk-around, Michael saw that we'd lost the tread on one of Billy's tires - hence the burning smell.

Thank God for Good Sam.  We were about to get our money's worth. 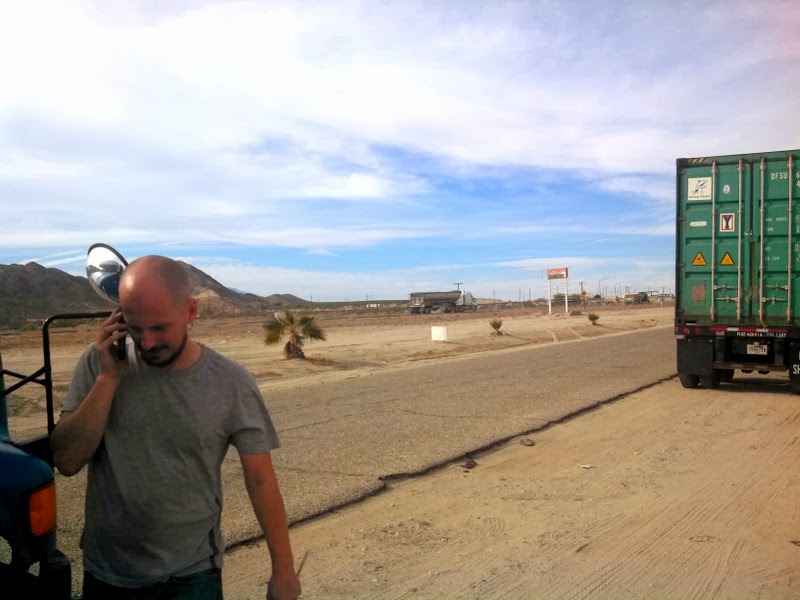 Michael was on the phone for about twenty minutes explaining where exactly we were on the highway and getting estimates and hearing back from companies willing to come out and supported by Good Sam. Then we waited an hour.

While we waited we noticed a van pulling into the gas station.  Seemed normal... until a bag, a jacket, and a pair of shoes came flying out the door, followed by a rotund, young Latino man.  His door slammed and the van peeled out of the parking lot.  He looked around, confused and distraught, then started walking toward the convenience store.

We noticed later he was sitting and sweating on the curb - sort of waiting for someone.

He knocked politely, "Excuse me, could you spare fifty cents or a dollar for a drink?  I'm roasting out here."

We didn't mind and gave him the change.  He complimented our rig, asked what happened and what we were doing, and we figured out that his girlfriend had ditched him at the side of the road during an argument.  He had no idea where he was, he had no cell phone, and no money.

He got his drink then we lent him a phone so he could call someone to come and get him:

"Stephanie, please!  I'm in the middle of nowhere out here!  I don't have a cell phone or any money!  Please come and get me!"

You could hear the not-so-sorry girlfriend on the other end debating about picking him up.  I didn't know what they were fighting about, but I hoped he would find a ride out of here.

Eventually, she came, begrudgingly, and so did the repairman for the bus. 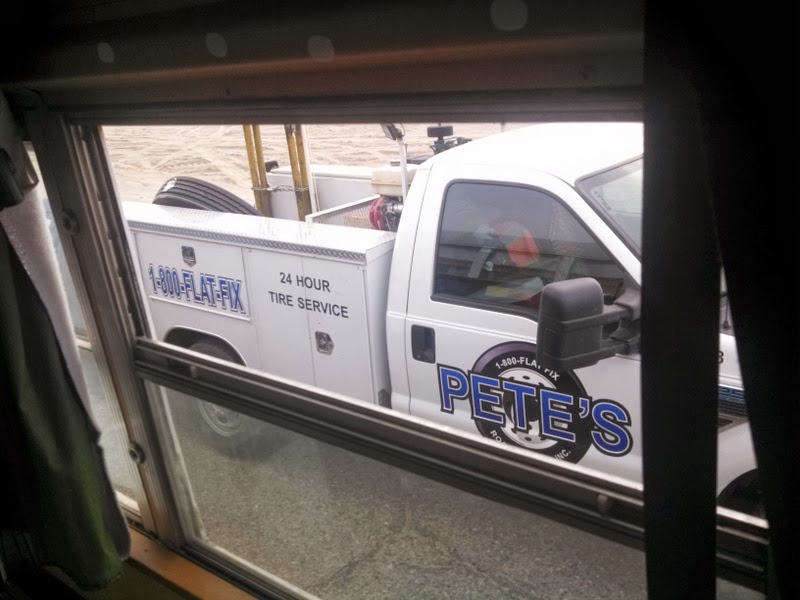 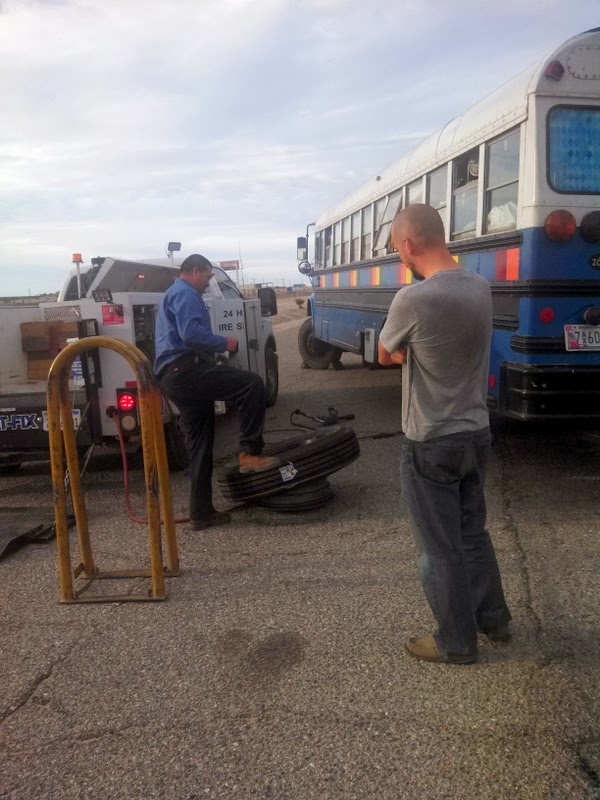 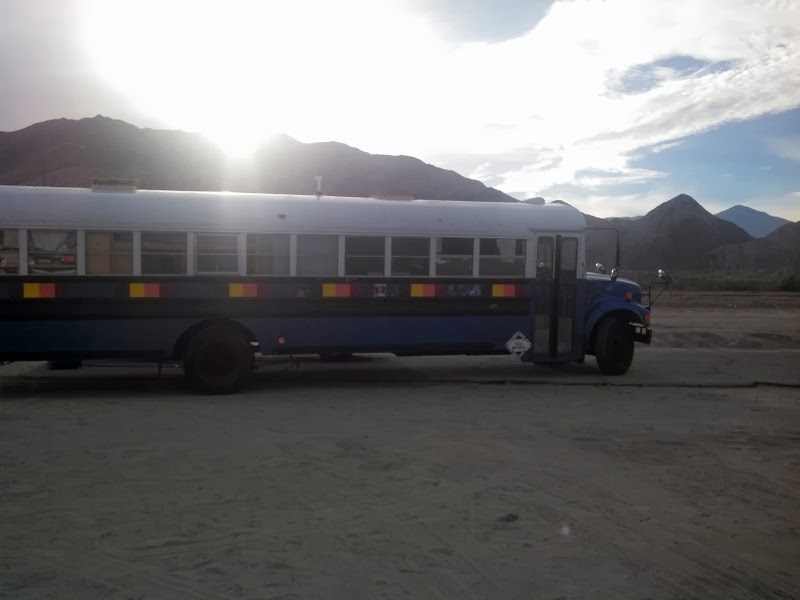